Superfood seems to be the trendy word of the last decade, with new (and not so new) foods being labeled as such. After coconut oil, avocado, and acai berry, seaweed is the newest, surprising plant-based food that’s quickly gaining popularity.

Edible seaweed isn’t a novelty, though, even if it is coming into vogue as a superfood. The plant has been eaten in East and Southeast Asian cultures for thousands of years, and an archaeological dig in Chile found evidence of seaweed consumption as well.

It’s also more common than you might think. There are over 21 species that can be mixede and matched in recipes. The most popular ones are nori, kombu, and wakame, and these are the ones you’ll most likely encounter in Japanese restaurants and sushi places.

So, if you’ve ever eaten sushi, you’ve likely had seaweed. The “wrap” around your rice ball is a species of seaweed called nori. And if you’ve had that delicious green, spaghetti-looking salad, that’s usually a combination of different types of seaweed, marinated and cut into ribbons.

This seaweed is ready to eat straight from the bag.

The reason seaweed was recently named a superfood has to do with more than just its nutrient aspect. It’s also beneficial for the environment as it helps clean the waters and support other marine life. Not all algae are aggressive and harmful, and this edible seaweed seems to bring a plethora of health benefits to both humans and the planet.

Many simply snack on dried seaweed.

The Nutrient Richness of Seaweed
Seaweed is Good for the Planet
How to Add Seaweed to Your Diet?

The Nutrient Richness of Seaweed 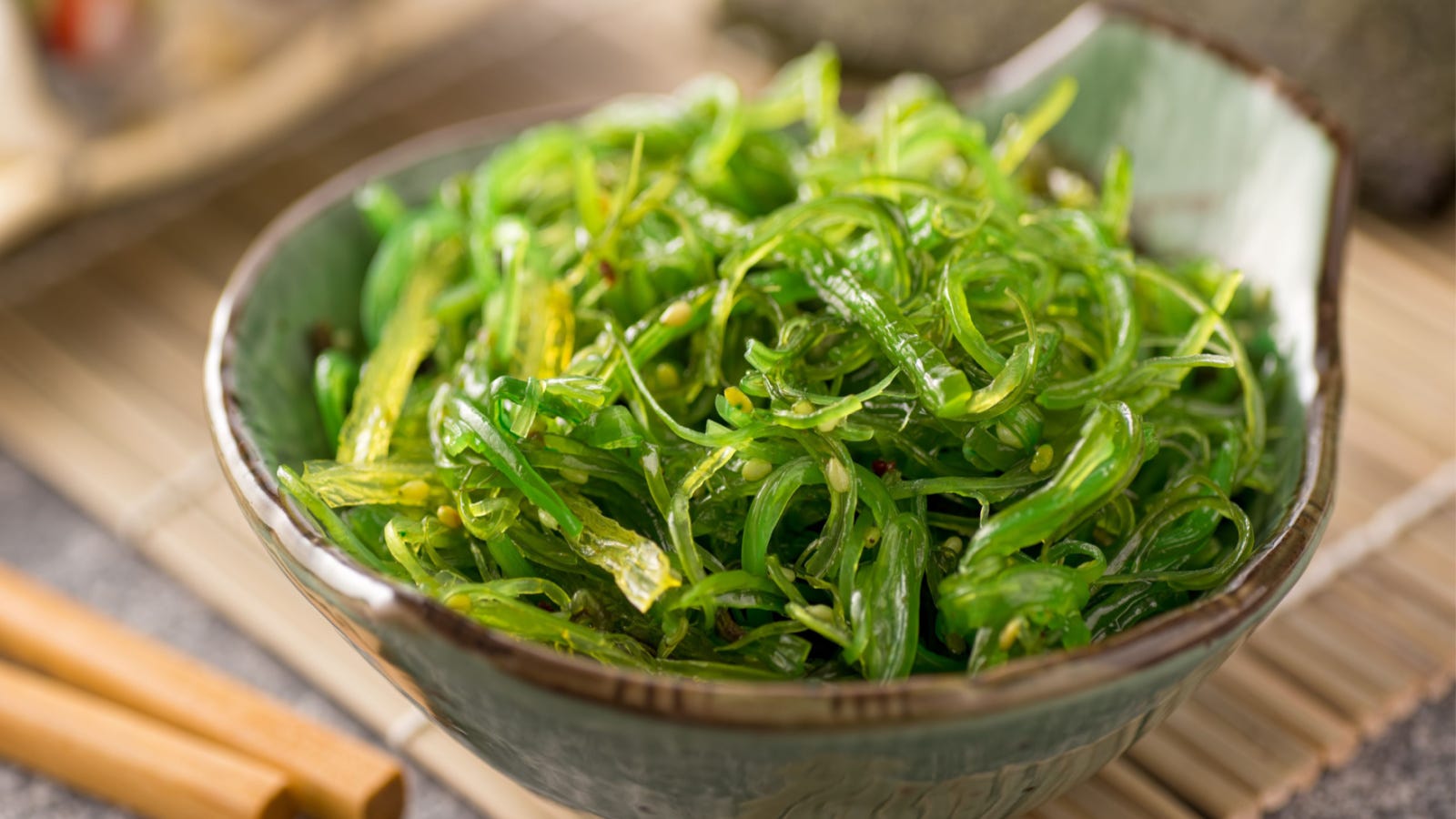 RELATEDBoost Your Immune System with These 7 Superfoods

Edible seaweed exists in green, red, and brownish varieties, with all three bringing on an array of micronutrients to the table. They are an excellent source of fiber and many different letter vitamins such as vitamins C, K, E, A, and B vitamins, as well as omega-3-fatty acids, iodine, iron, copper, zinc, calcium, sodium, amino acids, and powerful antioxidants.

Easily add some nutrient richness to your dishes!

Seaweed is known for its positive effect on thyroid health as it has an incredible ability to absorb iodine from the ocean. Your thyroid gland needs iodine in order to perform its function and produce thyroid hormones that are crucial for your overall health and longevity. Additionally, seaweed contains an important amino acid, L-Tyrosine, which also helps support thyroid health as well as immune function.

Antioxidants in seaweed help fight free radicals and protect your cells from oxidative damage. They also strengthen and support your immune system function, helping prevent inflammation and disease. With all the environmental toxins you’re surrounded by every day, it’s safe to say you can never go overboard with antioxidants in your diet.

Seaweed is also rich in fiber that has prebiotic characteristics and therefore helps improve your gut health by feeding your beneficial gut bacteria. Maintaining an optimal balance between good and bad microbes in your gut is crucial for overall health and wellbeing.

RELATEDWhat's the Difference Between Probiotics, Prebiotics, and Postbiotics?

And last but not least, studies show how seaweed may have a great effect on your cardiovascular health, lowering cholesterol levels, keeping your triglycerides in a healthy range, as well as promoting low blood sugar levels.

Support the health of your thyroid.

Seaweed is Good for the Planet

Now that we’ve covered all the benefits you can have from adding seaweed into your diet, it’s important to mention why it’s good for your environment too. Seaweed absorbs a variety of trace minerals from the ocean and with it, can enrich the soil if used as a fertilizer. It also has the ability to capture carbon dioxide from the atmosphere and turn it into carbohydrates. This can be significant in our fight against climate change.

Through its ability to absorb nitrogens and phosphorus, seaweed helps clean the ocean from these harmful trace elements and promotes regenerative aquaculture, supporting the health of marine life. And lastly, it can sometimes act as a shelter and protection for smaller sea creatures from predators.

Experiment with more than just Nori.

How to Add Seaweed to Your Diet?

By now, you might be wondering where to find seaweed and how to add it to your diet. Even though you might be reading about it for the first time, there are now plenty of places to find it and resources on how to prepare it. Due to its high mineral content, seaweed is very salty, so you’ll want to omit adding salt to your dishes when using it.

If you’re not interested in cooking or preparing seaweed, there are plenty of brands out there with amazing seaweed products such as seaweed snacks and kelp noodles. But if you’re up for the task, there’s plenty to choose from.

Many grocery stores have nori sheets and other dehydrated seaweed, and you can easily turn them into a salad, add them to broths and soups, crush them and add them as a seasoning, make your own sushi rolls, saute them with other leafy greens, or even roast them in the oven to crisp them up and turn them into chips.

The perfect ingredient to make your own sushi.

If you don’t like your first taste of seaweed, don’t let that stop you from trying other species or finding new ways to prepare them. The health benefits are so worth it!

Learn how to make sushi in no time!

Seaweed seems to be a one-stop-shop superfood for myriad vitamins, minerals, antioxidants, dietary fiber, and other powerful plant compounds. Maybe this trend isn’t one to skip: add seaweed into your diet and promote your health and longevity. 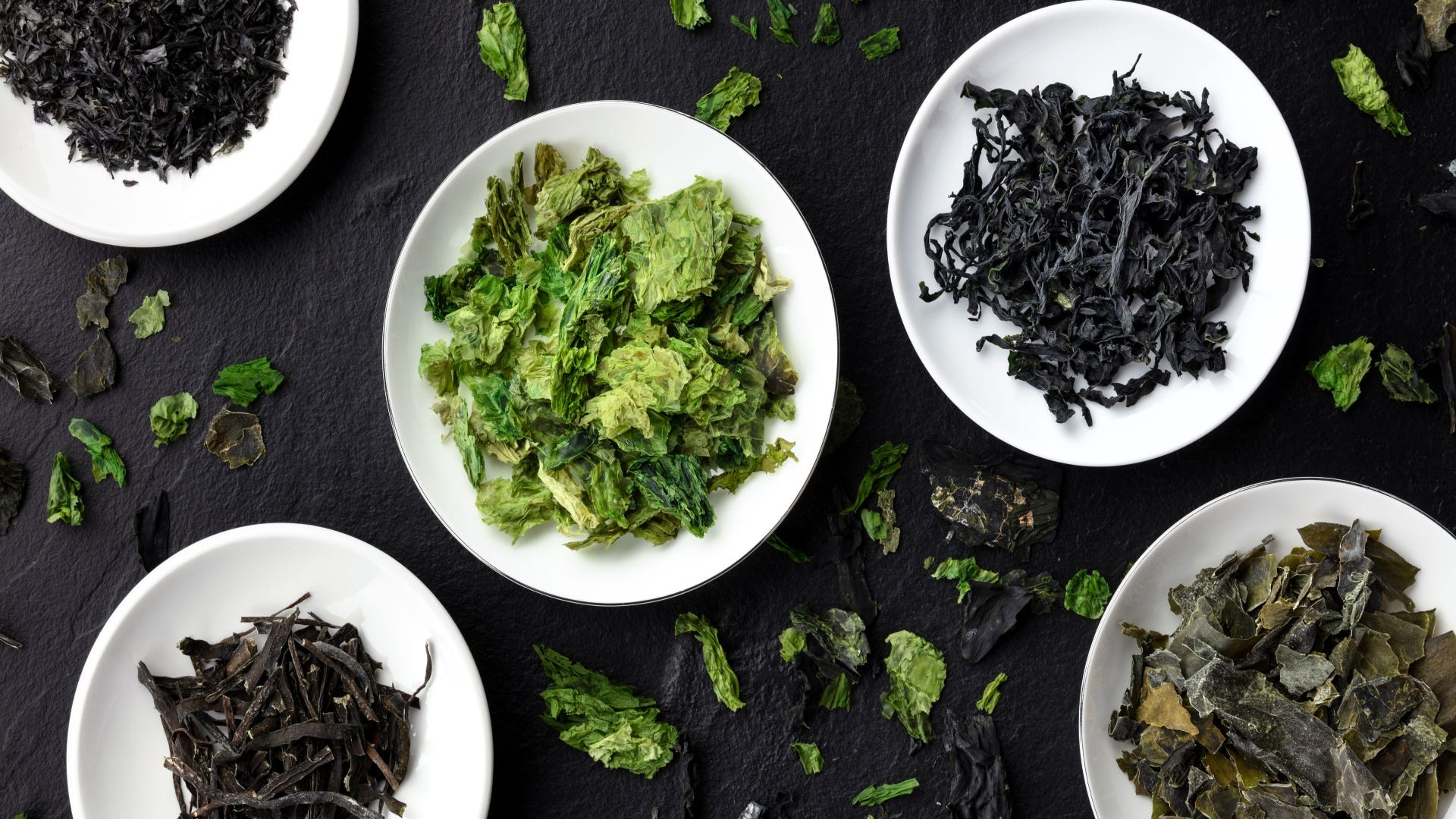 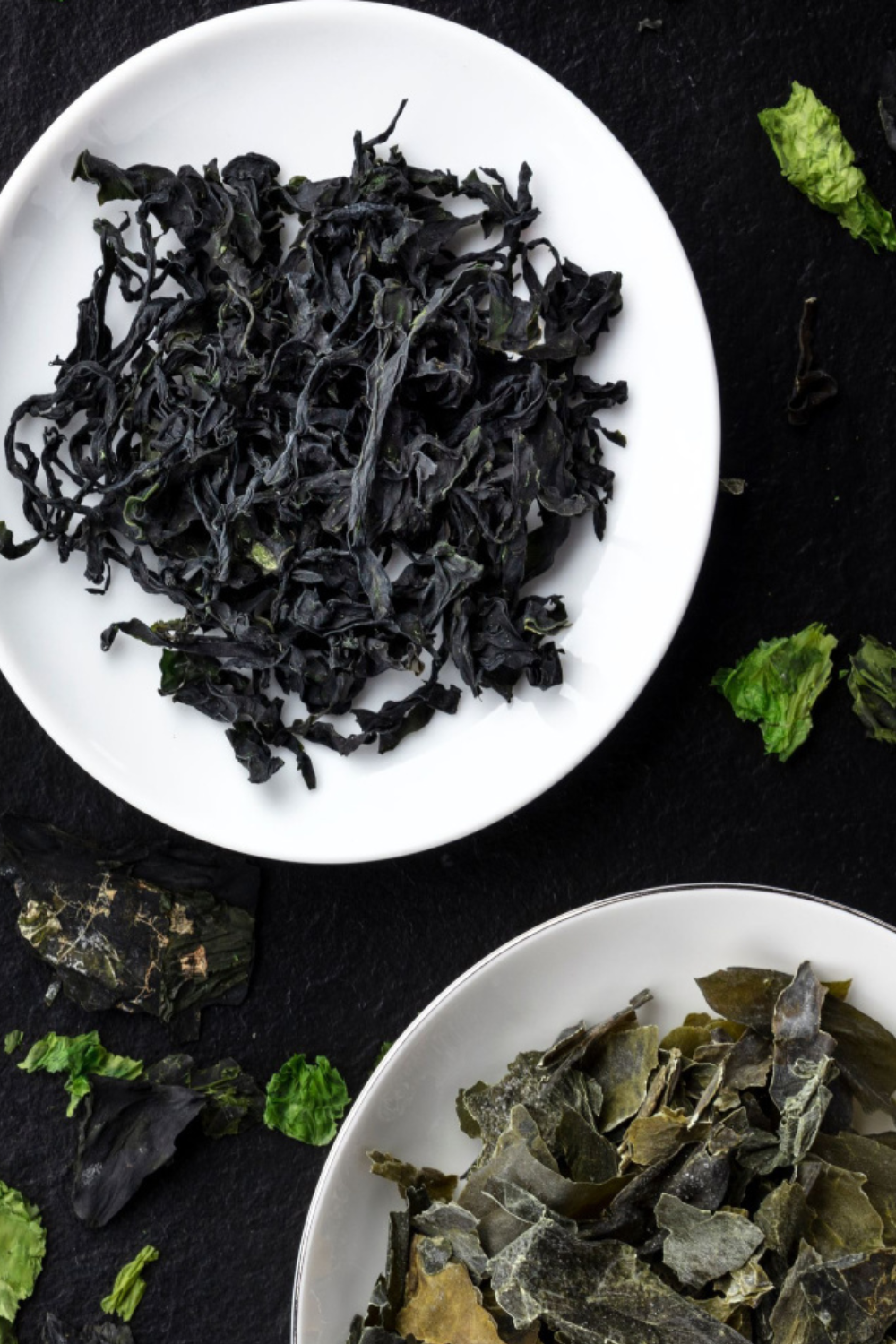