You know those people. You might even be one of them. The ones that let their dogs lick them fully on the lips. You might have heard it justified using an old wives’ tale that dogs’ mouths are cleaner than human mouths. But are they?

We’re sorry to inform all of you who let your dogs kiss you, but this myth is, in fact, a myth.

Colin Harvey, professor at the University of Pennsylvania’s School of Veterinary Medicine, told the American Kennel Club that you can’t really even compare a dog and a human mouth. Both mouths are filled with microbes, but for the most part, they’re different with only a little overlap.

Just because you don't kiss your dog doesn't mean they should have bad breath.

RELATEDHere's Why Your Dog Stares at You

Altogether, dogs have over 600 different types of bacteria in their mouths, and humans have 615 and counting. The number doesn’t necessarily mean a dog’s mouth is cleaner, but part of the reason the myth is so prevalent might be because many of them aren’t able to be swapped among species.

While there are exceptions (dogs on raw food diets could pass on salmonella), for the most part, you’re not actually going to catch anything from kissing your dog. But really, just because you won’t get ill, do you want another 600 bacteria floating around in your mouth?

The next time your dog looks up at you ready to give you a big slobbery kiss, maybe just pass them a treat. 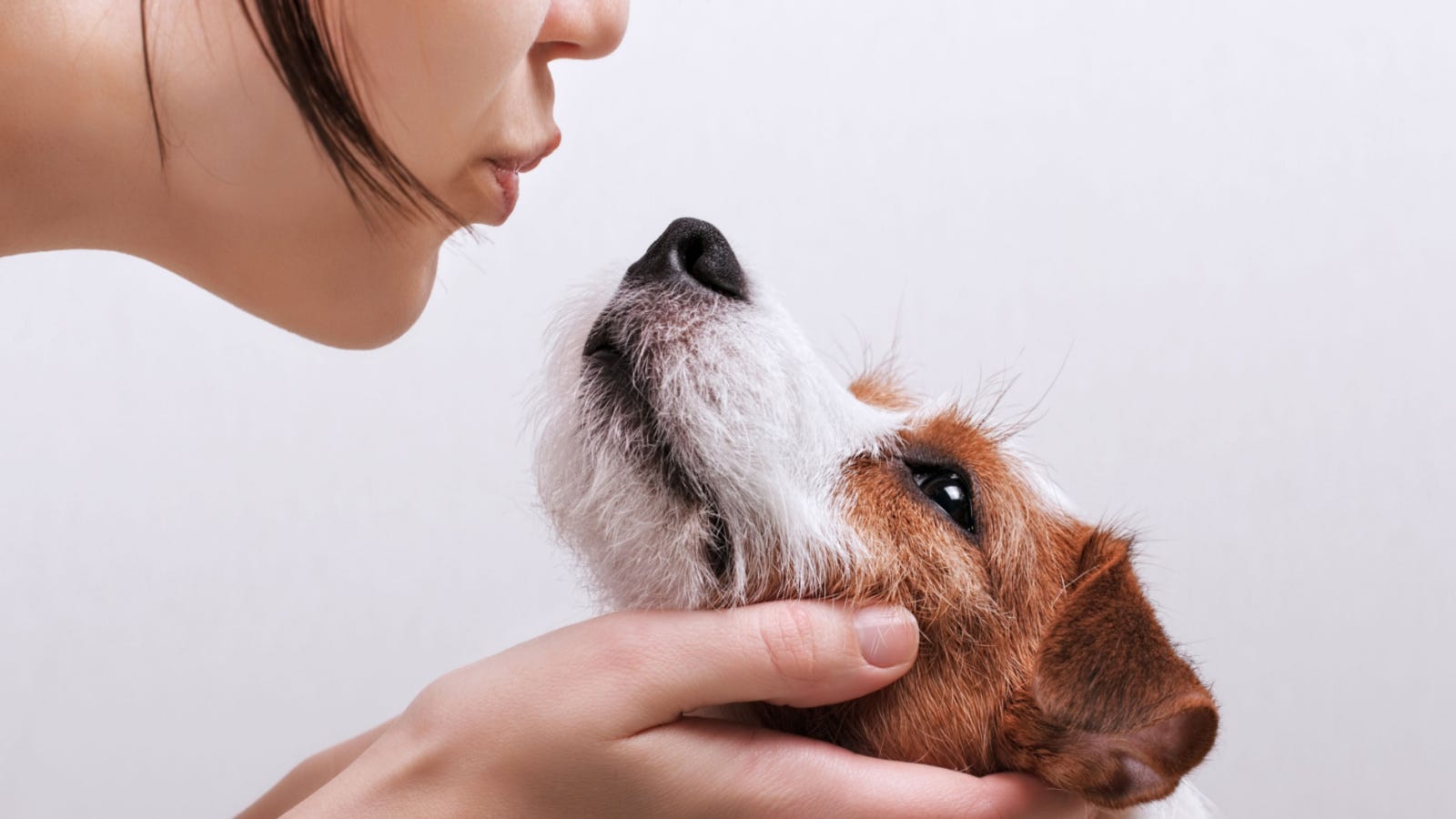 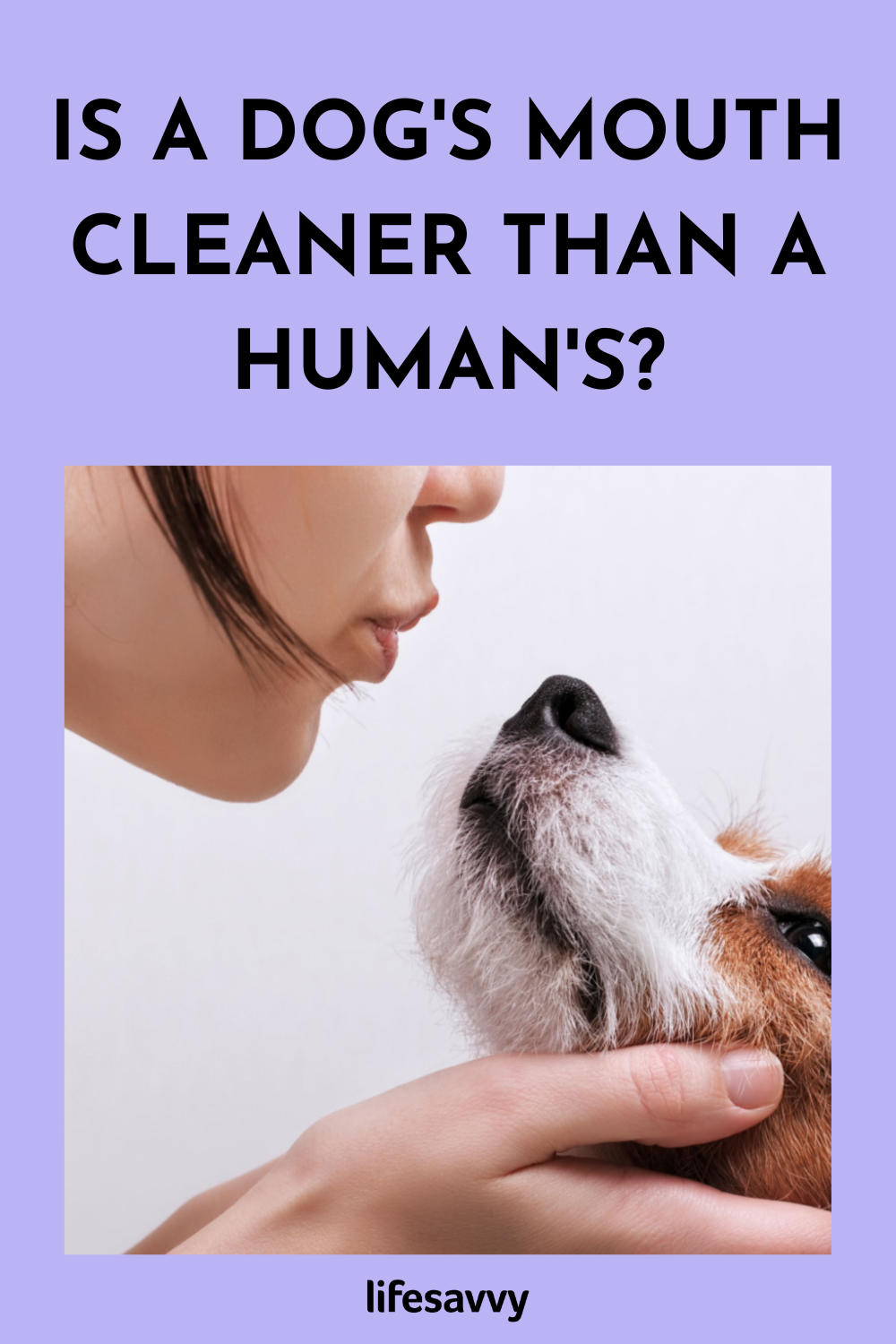