When you were a kid and fell off your bike, your parents might have come running with bandages and hydrogen peroxide to clean your cuts and scrapes. If you’re still doing this with your own kids, you might want to hit pause.

Surprise, you actually shouldn’t be using hydrogen peroxide to clean cuts and scrapes. If you have, though, don’t freak out.

Hydrogen peroxide is a disinfectant. It can kill germs, and it also works against the spread of bacteria, viruses, and fungi. All of that makes it great for things like sterilizing surgical tools and cleaning your home. But for wounds, its ability to clean is actually a downside.

Keep a first aid kit on hand in case of accidents.

When people get cuts or scrapes, the body immediately responds. Your platelets, cells, and blood vessels all jump into action to begin the healing process naturally. When you introduce hydrogen peroxide, though, the bacteria-killing ability of the solution can’t differentiate between the good cells and any bacteria.

The good things your body needs to heal get washed out alongside the bad. This can slow down healing and worsen scarring. In severe scenarios, hydrogen peroxide can also cause skin inflammation and blistering.

Instead of hydrogen peroxide, you should simply rinse a wound well with water, and when dry, cover it with a bandage. Clearly, treating that bike scrape is a lot easier than you might have thought.

If you’ve been using hydrogen peroxide on wounds, you might want to save it for cleaning the tub. 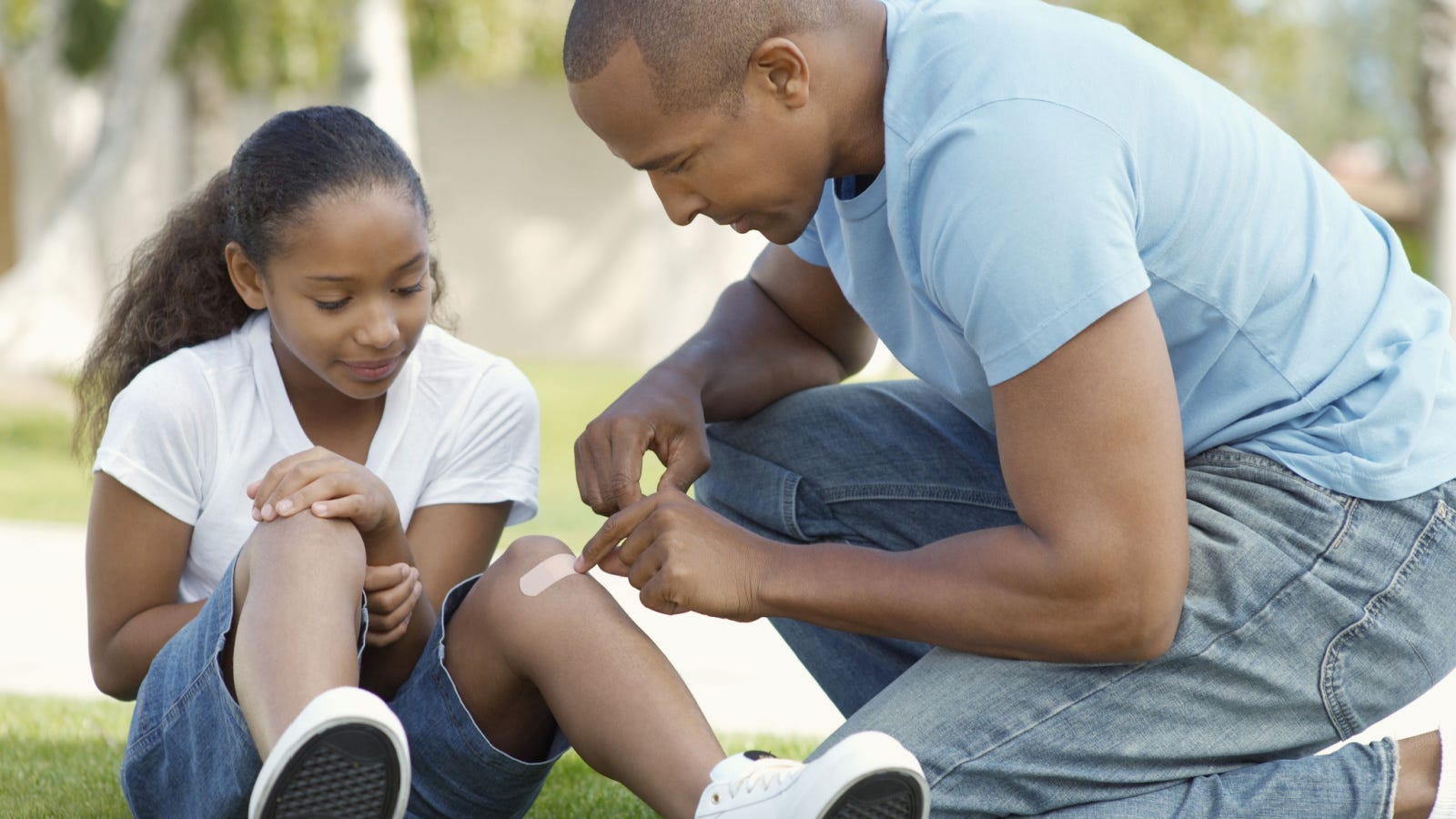 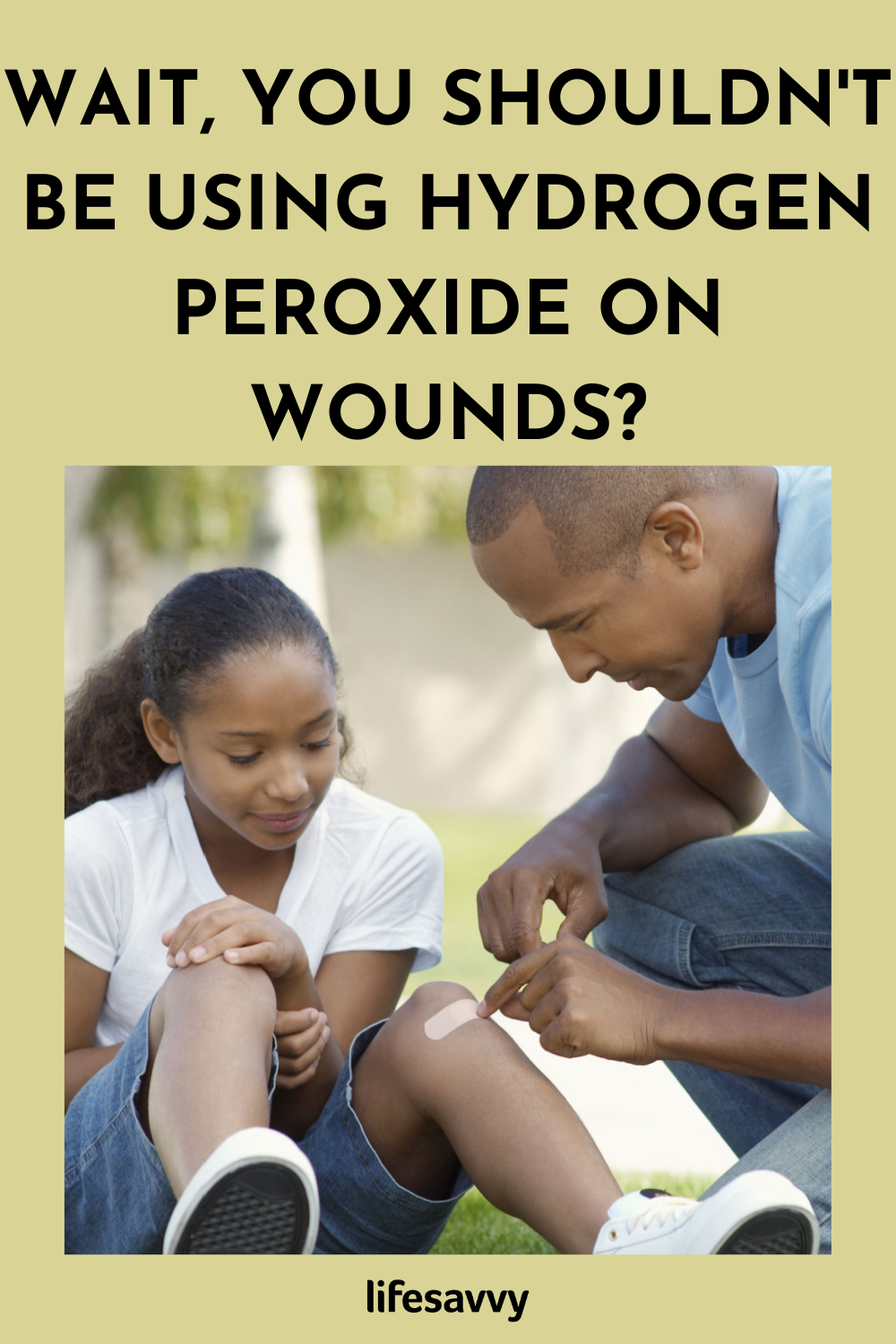