Your kitchen sponges are gross. No, we’re not calling you out, it’s just true. The cleaning tool is one of the most bacteria-laden objects in anyone’s kitchen. Turns out, though, that there’s a simple way to clean them and extend their lifespan.

Your dishwasher can be used to clean and sanitize your kitchen sponges, and while they still won’t last forever, they will remain usable longer.

According to a 2017 study done by German researchers, sponges can contain up to 54 billion bacteria per cubic centimeter. While most of them were harmless, others, like salmonella and E. coli, could cause food-borne illnesses.

After cleaning, keep your sponge off surfaces.

The solution is to sanitize them—a task the United States Department of Agriculture says can be done in your dishwasher. Thanks to the appliance’s high temperatures, it can deactivate 99.9998% of bacteria, and once treated, sponges contained less than 1% of yeast and molds.

All you have to do is place your sponge onto the top rack of your dishwasher, run your usual cycle, and be sure the heat dry option is enabled. There’s no soaking, wringing, or elbow grease involved. Cleaning after each use is recommended, and when done, your sponge can last for up to two weeks—much longer and in a much safer way than an unsanitized sponge that simply sits by the sink.

The next time you’re doing dishes, go ahead and pop your sponge in alongside your cups and mugs. 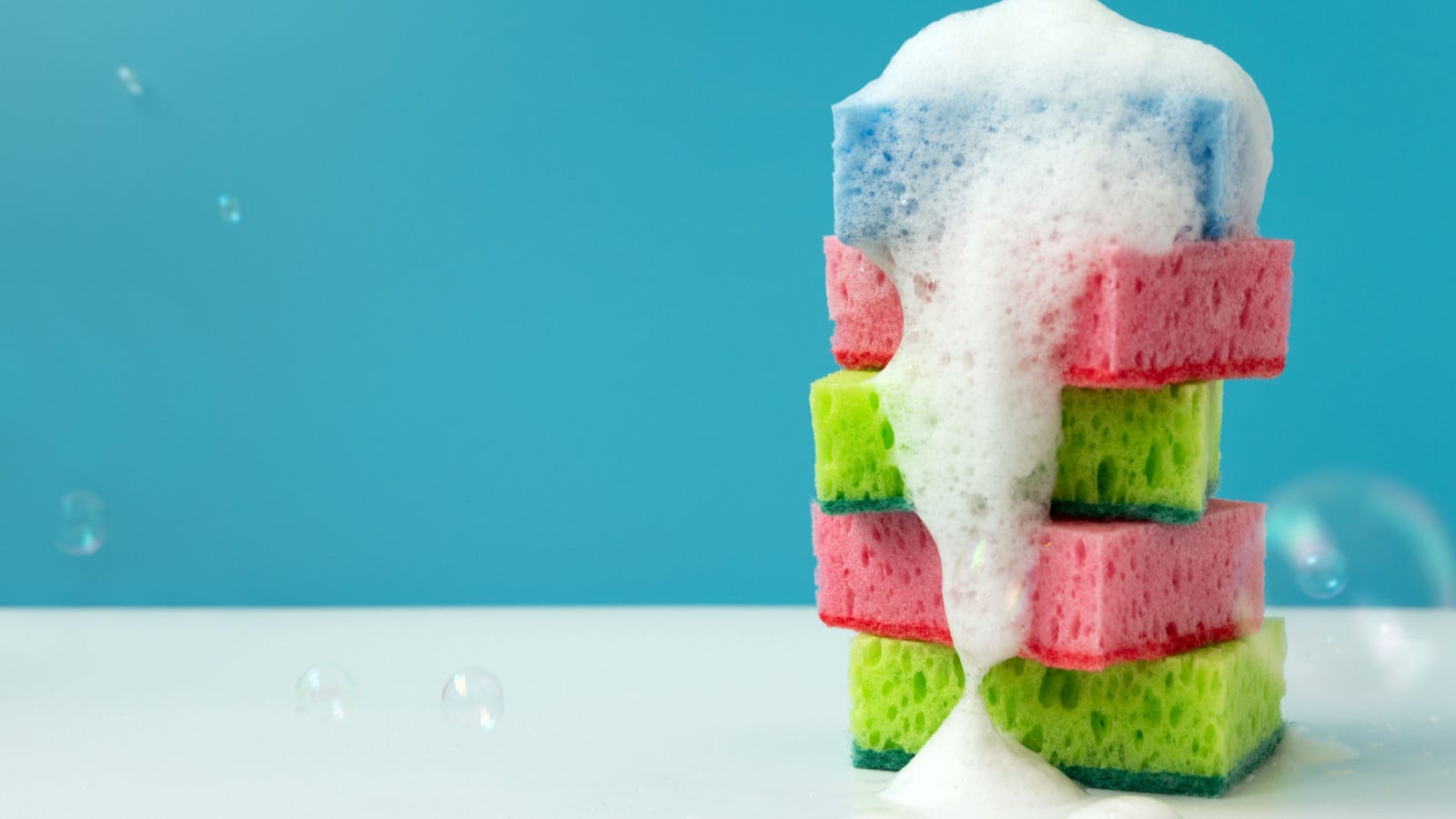