HBO’s House of the Dragon is the latest book-to-TV adaptation to make a big splash. The Game of Thrones prequel follows House Targaryen centuries earlier, at the height of their power, as a battle for power threatens to destroy the royal house from within.

With House of the Dragon taking a weekly release approach, rather than a binge-watch model, there’s plenty of time in between episodes—and what better way to fill the time than by reading books with a similar feel? Whether you’re looking for another tangled web of political intrigue, some sci-fi and fantasy, or a little of both, these books are perfect to hold you over between episodes of House of the Dragon.

Want to know what’s in store on House of the Dragon? Read George R.R. Martin’s book, which chronicles centuries of Targaryen rule—including the Dance of the Dragons, the civil war that forms the backbone of the HBO adaptation.

A Song of Ice and Fire

Revisit the original saga that inspired Game of Thrones with this box set of George R.R. Martin’s first five novels in A Song of Ice and Fire. Years after the overthrow of the Targaryen dynasty, new dangers threaten the stability of Westeros, as the noble Houses vy for power and uncover devastating conspiracies, all in the quest to sit on the Iron Throne.

The Wheel of Time

In terms of sheer scope, Robert Jordan’s The Wheel of Time saga is probably the closest you’ll get to the epic Game of Thrones universe. Over the course of 14 novels, a sprawling ensemble cast fight an enormous battle between good and evil, with the influence of the evil Dark One creeping in and a prophecy foretelling the reincarnation of the Dragon, destined to fight the darkness and save the world. Like House of the Dragon, The Wheel of Time also now has a TV adaptation.

Tahereh Mafi’s Persian-inspired fantasy has many of the same elements House of the Dragon fans will love: a dynasty held up by secrets, an overlooked heiress, forbidden romance, a prophecy of doom, and a world where danger (and magic) lurks around every corner. Servant Alizah harbors a secret identity, while the crown prince Kamran is both intrigued by her and concerned about what she could represent.

The Lord of the Rings

Want more medieval-inspired fantasy, dragons, magic, and seemingly impossible battles? Leave Westeros and head to Middle-earth, where J.R.R. Tolkien’s iconic fantasy series traces the quest of the mismatched Fellowship to destroy the dangerous and powerful One Ring. Like House of the Dragon, it features stakes that are both small, personal quests and epic, world-altering battles, with politics and adventure woven together.

The Malazan Book of the Fallen

Dive into another fantasy series with The Malazan Book of the Fallen, a 10-book series. The Malazan Empire struggles with internal strife, constant war, and frequent confrontations with a pair of ancient sorcers. The empress refuses to budge, however, and she sets her eye on one of the last Free Cities. What ensues is a long and complicated clash between forces of good, evil, and somewhere in between—and even supernatural forces beyond human control.

Looking for something with all the moral ambiguity of House of the Dragon but with a different underlying mythology? Try Xiran Jay Zhao’s sci-fi/fantasy adventure, inspired by a blend of Chinese history and mythology and futuristic sci-fi. In this war-torn kingdom, girls are chosen to “co-pilot” giant robots to battle threats from beyond the borders—but nearly every girl dies in the process. Zetian volunteers for the role to avenge her sister, then teams up with her surly co-pilot and a childhood friend to take down the corrupt system for good.

If you thought the humans of House of the Dragon are scheming and dangerous, wait until you meet the gods of Neil Gaiman’s take on Norse mythology. The classic gods—plus some other fantastical beings—are reimagined in a sprawling tale of creation, ambition, passion, and betrayal that spans from the dawn of time to the prophesied destruction of Ragnarok.

This post-apocalyptic African fantasy by Nnedi Okorafor explores many themes that House of the Dragon deals with: legacy, heroism in a brutal world, gender and power, and more. After surviving a brutal violation and a genocide, a woman from a persecuted minority gives birth to Onyesonwu, a girl with a dangerous destiny to save her people—if other forces don’t stop her first. As a bonus: the book has been optioned by HBO, with George R.R. Martin as an executive producer.

A Chorus of Dragons

Jenn Lyons’s five-part fantasy series is perfect for House of the Dragon fans looking for another fantasy world and scheming royal family to watch. The series kicks off with Kihrin, a storybook-loving orphan who discovers he’s actually a long-lost royal heir. When he rejoins his family, however, he discovers that the tales of heroism and honor he loves so much are the furthest thing from the reality of this dangerous, ambitious clan.

Forest of a Thousand Lanterns (Rise of the Empress)

House of the Dragon focuses a little more on its powerful, morally gray female characters than Game of Thrones did. For more anti-heroines and ambitious women, check out this fantasy duology from Julie C. Dao. Loosely inspired by the “Evil Queen” fairytale and by East Asian mythology, the story centers on Xifeng, a peasant girl who is told she has a destiny to be empress—if she’s willing to embrace a dark magic that runs through her.

A Song of Ice and Fire is, famously, loosely inspired by medieval and Renaissance English court politics, from the Wars of the Roses to the terrors of the Tudors. Hilary Mantel’s Wolf Hall trilogy may not have dragons and curses, but it has something perhaps even more terrifying: ambitious humans with everything to lose and everything to gain. At the court of Henry VIII, an increasingly paranoid king is surrounded by increasingly greedy advisors. Something is bound to break—and when it does, Thomas Cromwell, complicated man and often villain of history, will be at the center of it all.

N.K. Jemisin’s fantasy trilogy features familiar plotlines to House of the Dragon viewers. A young woman, Yeine, becomes heir to the throne after her mother’s death, but neither the kingdom nor her family are what they seem. Instead, she’s thrust into a world of dangerous politics and big ambitions, where one wrong move could be deadly. Cousins fight against cousins in a war between family that draws supporters from all sides and will eventually determine the fate of an entire kingdom.

Fans of House of the Dragon and Game of Thrones will find a lot to love in Michelle West’s fantasy series. A once-divided land has been united by a clan gifted with unusual powers, but the ambitious of the kingdom seek to rule at any cost. Like House of the Dragon, the series follows a complex network of noble houses, magical powers, complicated politics, and epic battles in a fight for control over a barely-held-together kingdom. 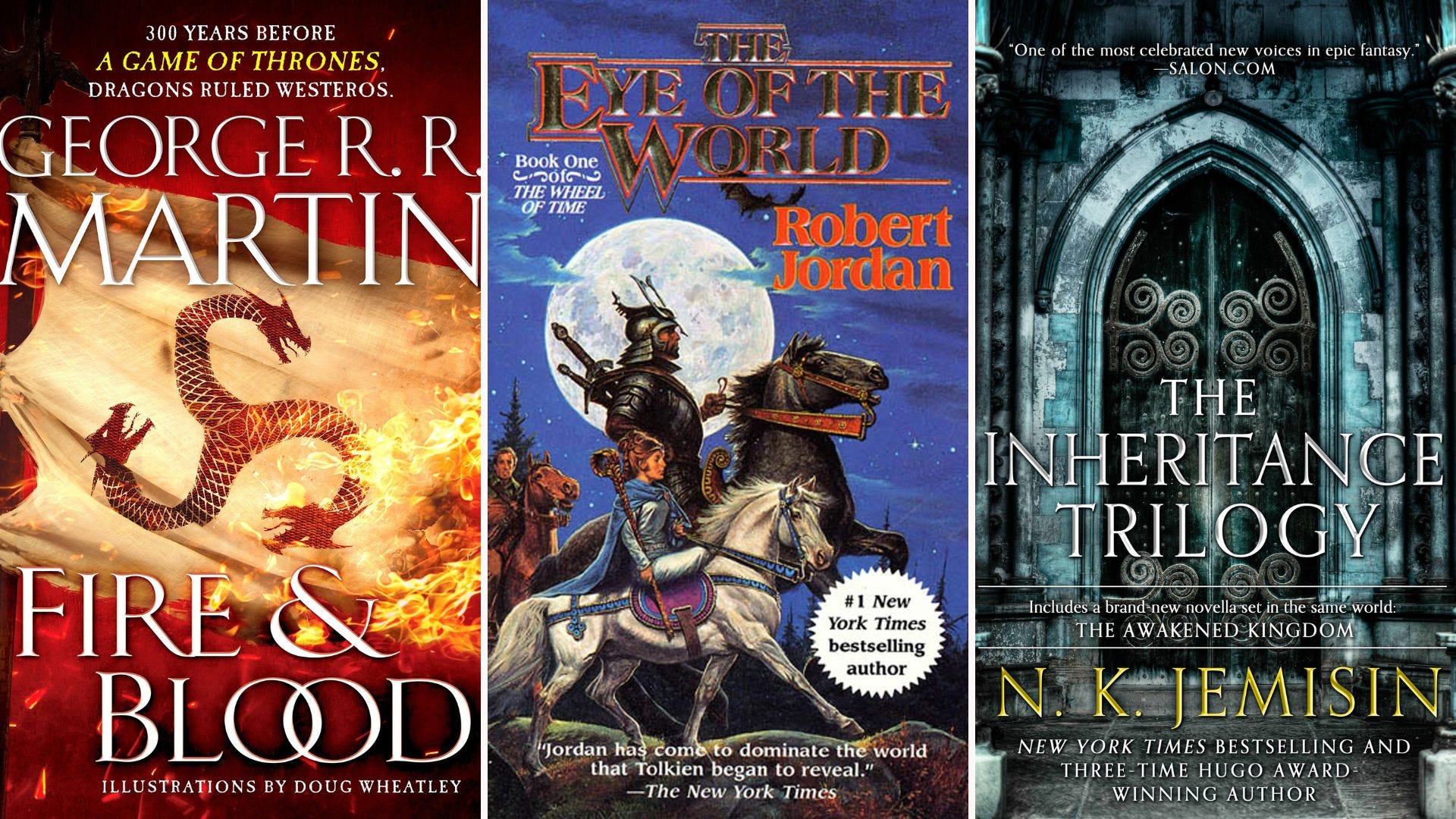 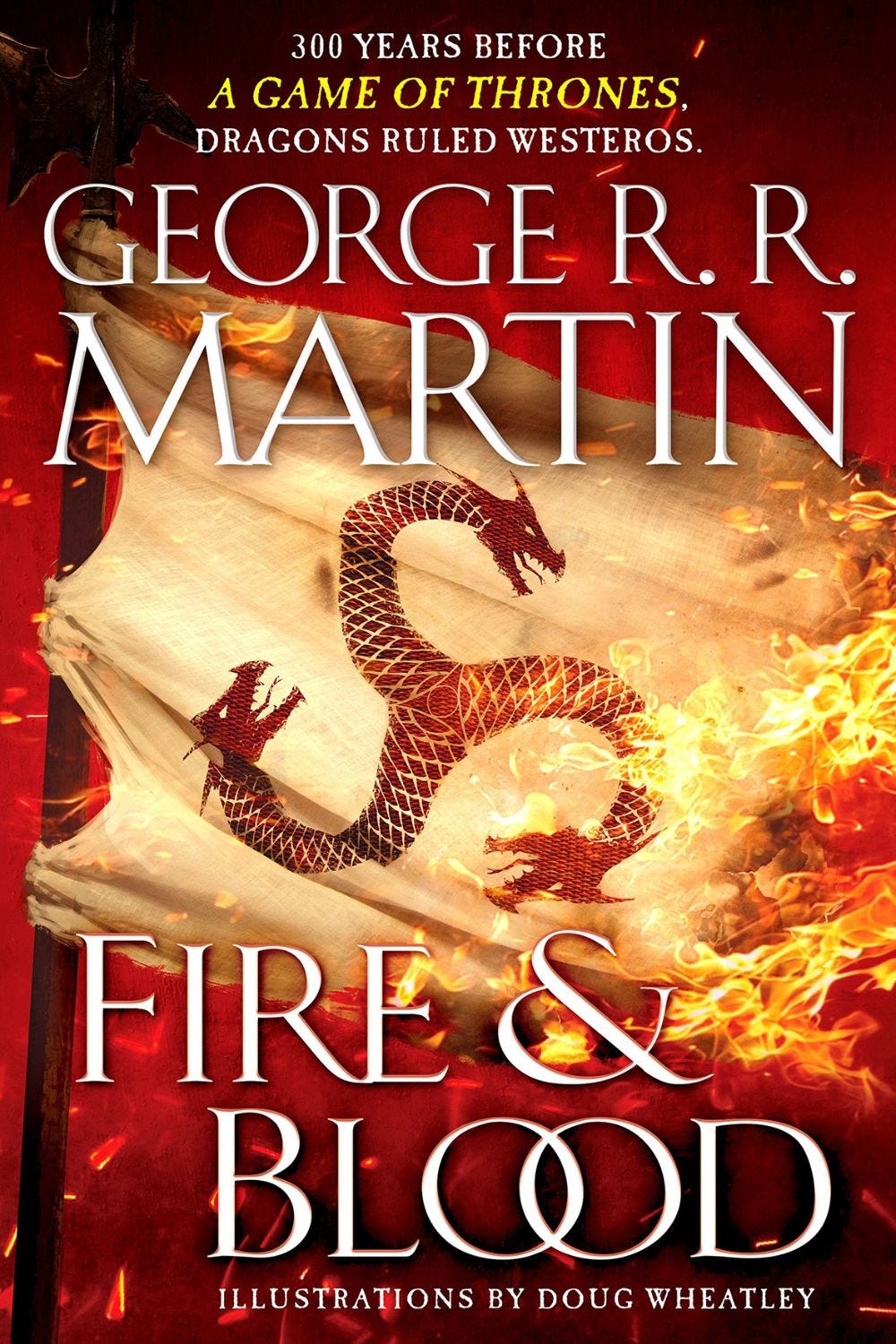