Not all of us can be cheese experts and name every type and variety out there. But most of us do know that there are two iterations of cheddar: white and orange. But are they different?

Surprise! White and orange cheddar is different, but only in a single way: the color.

Orange cheddar is dyed that color, and it’s all about keeping the cheese looking consistent. During the spring and summer months, cows have an abundant source of green grass on which they can graze, but in winter, their food is typically switched to hay. Because grass is a rich source of beta carotene, cheese made during the spring and summer has a more orange appearance, but during the winter, it fades to a paler, white shade due to the lack of beta carotene in the milk.

Get perfectly grated cheese every time.

In order to keep the cheese’s appearance consistent, makers use annatto, a seed from the achiote tree, to give the food its orange shade. Annatto does have a slightly peppery flavor, but it’s an extremely effective dye, so little is used in the coloring process. It’s unlikely to affect flavor.

But in terms of overall flavor and the way it’s made, there’s no difference between white and orange cheddar. Any differences come from the aging process, which determines how sharp the cheddar is.

The next time you’re making grilled cheese, reach for whichever cheese you prefer. 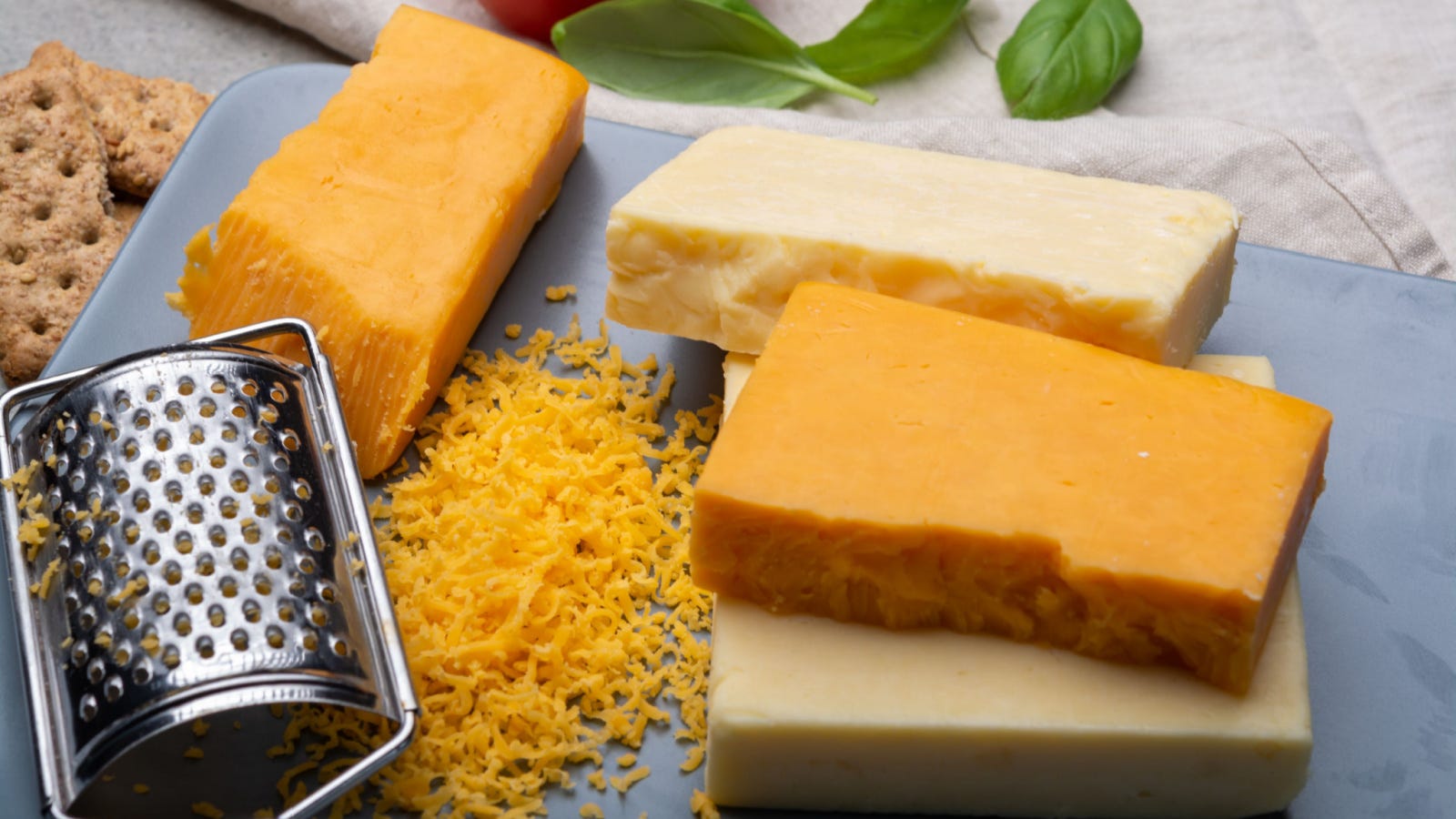 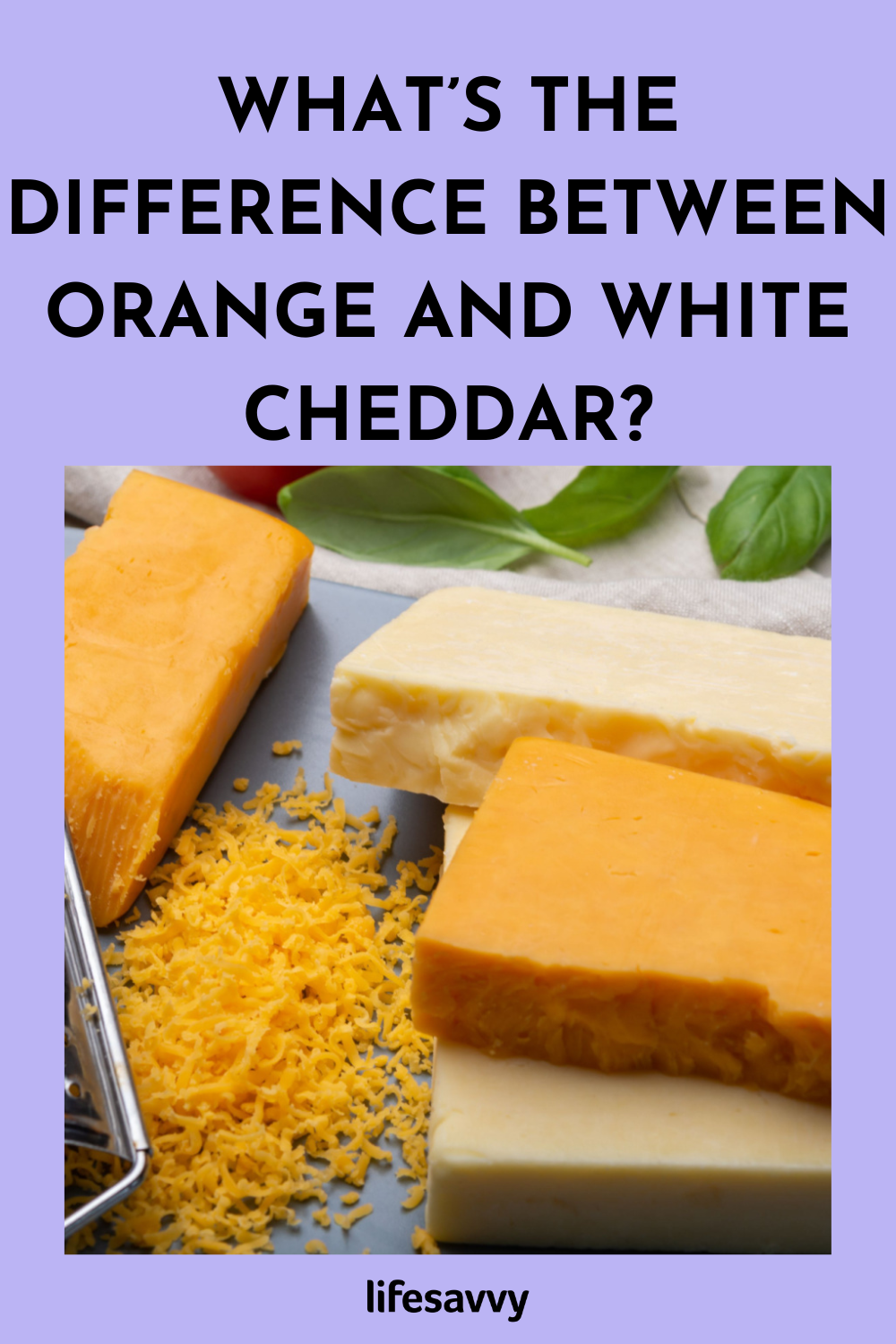