When your favorite makeup is on sale, it’s tempting to stock up. How long will those products really last, though? We’re breaking down the makeup products with the shortest (and longest) shelf lives.

While most products can last for several months, the exact timeline varies based on the type of product, its texture, and what it’s used for. Your first step should always be to look for the shelf life symbol on the container: usually a symbol of an open container, with a number and the letter “M” on it. The number represents how many months (hence, “M”) after opening that a product is safe to use.

Those numbers can vary based on individual formulas and ingredients, but there are a few basic guidelines you can keep in mind too.

How Long Does Mascara Last?

Since mascara goes so close to your eyes, it’s particularly important that it be fresh and safe every time you use it. As a general rule of thumb, products (like mascara) with more of a liquid consistency tend to have a shorter lifespan than solid or powdered products. Plus, oils, dirt, and bacteria can cling to your mascara wand, which is then plunged right back into the container—not ideal for something going right on your eyes. That means mascara will probably be one of the products you replace most often.

RELATEDGet Ready for Summer with a Good Waterproof Mascara

Once opened, mascara is usually safe to use for three to six months. After you’ve hit the three-month mark, if you still have some product left in the tube, start keeping a careful eye on it for any changes in consistency or smell, and throw it out at the six-month mark regardless.

Unopened mascara can last longer. Since it’s still sealed in its original packaging, you may be able to stock up on your favorite and stash it for a year or so. Of course, once you have opened it, the usual three-to-six-month rule applies. For these older products, you’ll want to keep an even closer watch for any changes that might indicate it’s going bad, and be prepared to throw it out if that happens, even if it’s before the three-month mark.

A classic mascara that lifts and volumizes for perfectly lush lashes.

A fan-favorite mascara with an hourglass-shaped wand for better application.

How Long Does Foundation Last?

The biggest factor in determining how long foundation products last is what formulation you’re using: liquid, cream, or powder. In general, the more water in a product, the shorter its lifespan.

Liquid or creamy foundations can last around a year unopened. Once they’ve been opened and you’ve started using them, however, they should be replaced after six months to one year. By the six-month mark, start keeping a closer eye on any changes in the consistency of the foundation. If it starts to smell different, causes an unexpected breakout, or appears to be separating, it’s time to get rid of it and open a fresh container.

RELATED8 Moisturizing Foundations That Won't Dry Out Your Skin

Powder foundation, on the other hand, can have a long shelf life. Even after being opened, they can last up to two years, as long as they’re stored in a relatively cool, dry place. You can extend the life of your powder foundation by keeping your makeup sponges or brushes clean—that way, you’ll avoid introducing moisture, oils, and bacteria into the container when you use it.

Lightweight, all-day coverage in a long-lasting powder with SPF.

Get medium-to-full coverage with this smooth liquid foundation in dozens of shades.

How Long Does Blush Last?

Blush can be one of the longest-lasting products in your makeup drawer, depending on which formula you buy.

Since blush is applied just to the cheeks, away from the face’s sources of moisture, it can typically last longer than other products. Powder blush, even once opened, can last up to two years. There’s just one catch: you have to be sure you’re regularly cleaning your makeup brushes. Otherwise, you’ll start contaminating your blush with oils, grime, and bacteria, shortening its lifespan.

If you’re using a cream, stick, or multi-purpose blush product (for instance, a stick product designed to double as blush and lipstick), the lifespan will be shorter. These are likely to last around nine to twelve months. As with other products, throw them away early if you notice changes in color, texture, or smell.

A basic powder blush goes a long way – and lasts a long time.

How Long Does Eyeshadow Last?

Trying to make your favorite eyeshadow palette last as long as possible? You’ve got several months—but possibly not as long as you think.

Unopened, an eyeshadow palette can sit on the shelf for up to two years without significant deterioration. Once it’s been opened, however, its lifespan is shorter than other solid/powder productions like blush or foundation powder. This is because it’s used right around the eyes, so it’s both exposed to more potential sources of bacteria and moisture, and it’s used in a more sensitive area, so its freshness is more critical. Eyeshadow, once in use, should probably be replaced every six to nine months.

This timeline is for the more traditional powder eyeshadow. If you have a cream formula, it’s probably good unopened for about a year. Once opened, use it up or toss out the leftovers after three to six months.

A versatile neutral palette to build any look.

Combine matte and shimmer shadows in this neutral-tone palette.

How Long Does Eyeliner Last?

At first glance, you might expect eyeliner to be another product that has a relatively short shelf life. After all, they’re constantly being applied right around the eyes, which is the most sensitive zone of the face and requires the freshest products.

RELATEDDrugstore Makeup That's Just as Good as the Pricier Brands

It might come as a surprise to learn that you can actually keep eyeliner around longer than other eye products. Unopened eyeliner pencils can last up to two years. Even once they’re opened, they can last between 12 and 18 months. What helps extend their lives? It’s all about the sharpening: every time you sharpen your eyeliner pencil, you’re removing the outer layer that comes into contact with your skin and anything on it, leaving you with a relatively “fresh” product every time.

Choose from nearly 40 colors in this classic, easy-to-use eyeliner pencil.

Long-lasting color and plenty of choices, all on a budget.

How Long Does Lipstick Last?

You’ve found the perfect shade of lipstick—how long can you keep using it? As a general rule, lipstick that isn’t opened can last up to two to four years, thanks to its waxy, oily ingredients acting almost as natural preservatives. Once opened, however, you’ll want to use it up within a year.

This timeframe applies to traditional stick formulas. For more liquid products, like liquid lip gloss, the lifespan shortens. An unopened lip gloss can last one to two years, and once opened, it needs to be used up within six months to a year. As with other products, keep a close eye on the texture and smell of a lip product. Any changes—especially a change in texture or separation in liquid lip gloss—may indicate it’s time to throw it away, even if you haven’t hit the end of the “official” lifespan quite yet.

Maybelline New York Color Sensational Made for All Lipstick

A hydrating, smooth formula with plenty of shades to choose from.

An affordable lip gloss with a huge variety of shades.

As tempting as it is to stock up on makeup forever, it’s important to keep shelf life in mind! With this handy guide to storing makeup, you can experiment with new products and fun trends, all while feeling confident that you’re keeping your face safe. 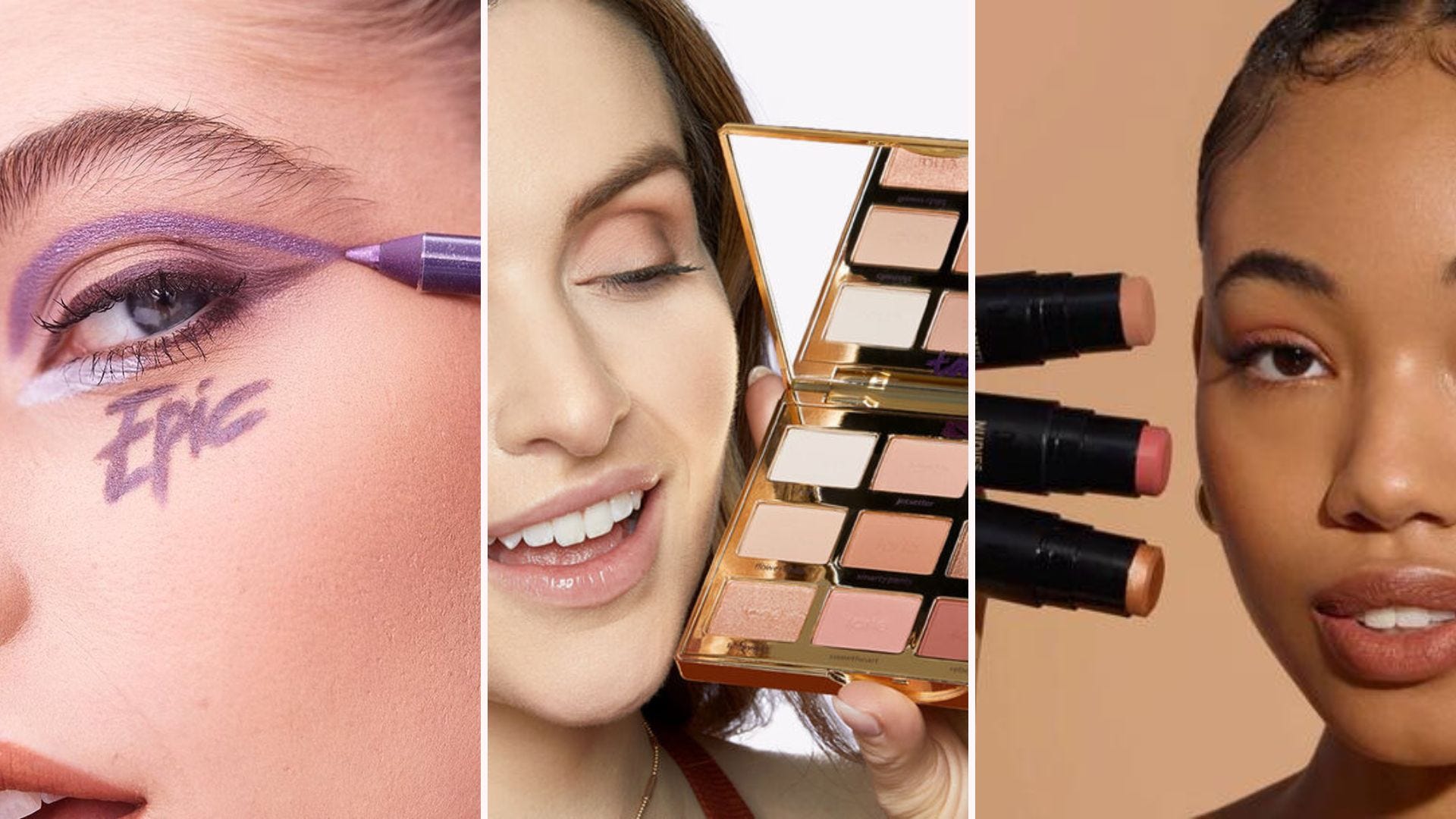 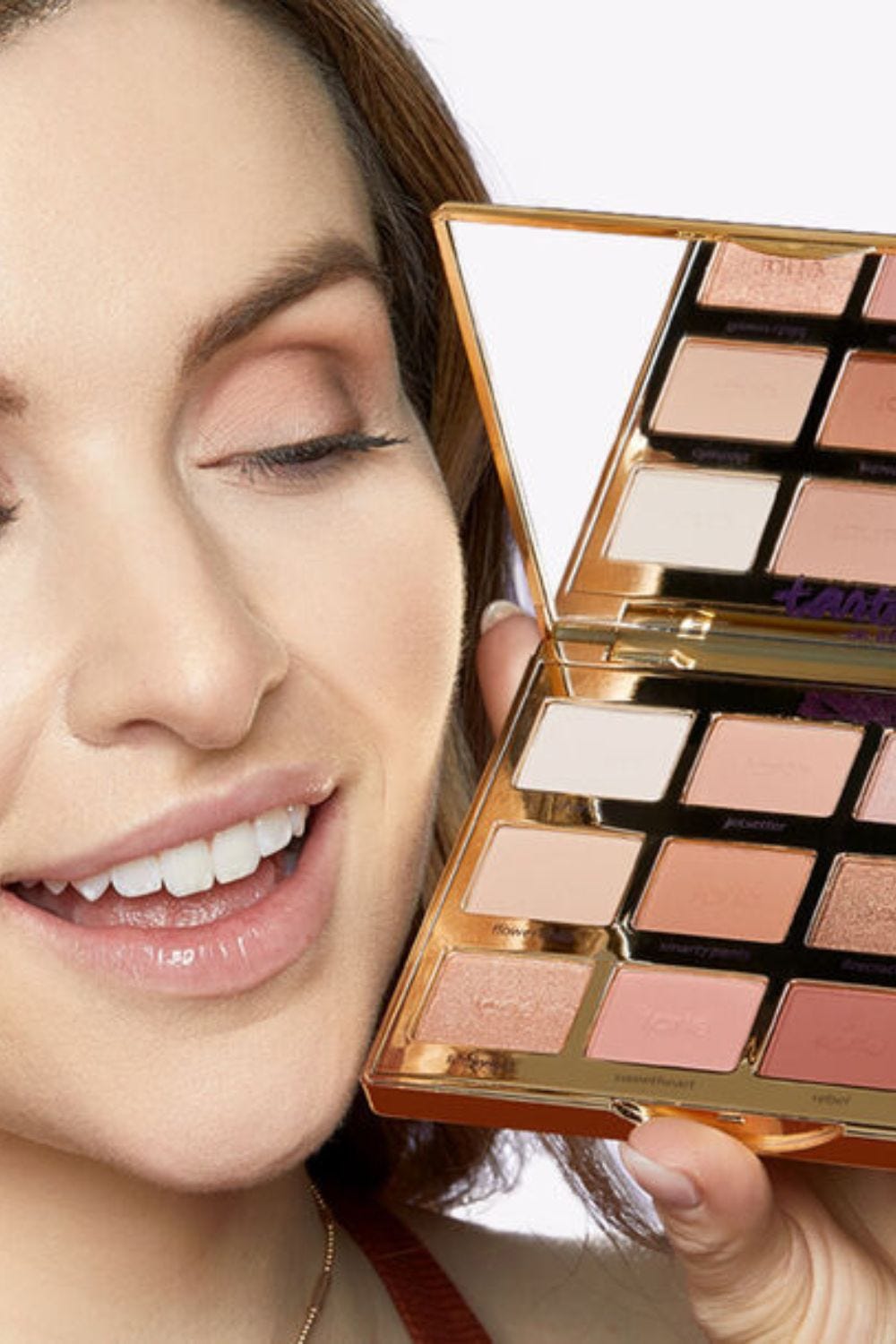