The origin of many holiday symbols is sometimes the subject of debate. However, many familiar Christmas traditions originated in pre-Christian Europe. Whether you celebrate Christmas or Yule, it can be fun to learn the history of some of your favorite holiday staples.

Candy canes first appeared over 300 years ago, but they didn’t look anything like they do today. In fact, they weren’t canes at all; they were straight, white sticks made of sugar. Meant to mimic a shepherd’s hook, this German treat got its now-recognizable shape in the late 1600s and was given to children at church ceremonies.

Candy canes as a Christmas tradition probably started around 1847, when people started to use them as tree ornaments, and they found their way onto holiday cards all over the U.S. It wasn’t until the 20th century that the white canes started to include a red stripe and were flavored with peppermint.

Today, candy canes come in a variety of flavors, from your favorite candies (like Starburst) to wintergreen. They also come in multiple colors of solids and stripes.

Mistletoe is a parasitic plant, and it exists all over the world. Romantic, huh? It’s a holiday tradition to hang it in a doorway, and people must kiss when they meet under it.

In Celtic and European folklore, mistletoe was considered an aphrodisiac. It was often used in fertility magic and ceremonies—possibly because it appears to thrive even in the dead of winter.

It’s also a plant that symbolizes peace, which might be where the kissing tradition originated. It’s believed the ancient Greeks started the tradition of kissing under the mistletoe as part of the Saturnalia festival.

There are Roman tales of mistletoe ending hostilities, and, in England, it was believed a girl who refused a kiss under the berries wouldn’t be proposed to that year.

Holly is another product of the festival of Saturnalia. It was popular among the Celts but later adopted by the Romans.

Like mistletoe, holly’s popularity during this time of year might have something to do with the fact that it thrives in winter. That’s probably why it also became a popular Christmas decoration.

Because holly is thorny and contains blood-red berries, it’s also sometimes referred to as a symbol of the crown of thorns.

Poinsettias are also popular in winter because they bloom between the end of October and the beginning of December. Originally from Mexico and surrounding areas, the poinsettia was sacred to the Aztecs. Like the other holiday plants, it had both medicinal and magical uses.

It was adopted as Christmas decor because the shape of the plant’s red leaves symbolize the star of Bethlehem.

Practicing Pagans and Wiccans still burn a Yule log during the holiday season. People of all religions who burn a log on the fire during Yuletide are celebrating (most, unknowingly) this Norse holiday.

Like nearly all traditional Christmas symbols, stories are mixed as to where the Yule log began. One source might claim this was always a Christian celebration, during which an entire tree was burned over the 12 days of Christmas.

However, before that, Pagans burned Yule logs they decorated with things, like holly and pine cones, as their year-end celebration. They also saved the ash for its magical properties.

Much like holly, poinsettias, and mistletoe, evergreen trees became a symbol of winter celebrations before Christianity because they stayed green throughout the cold months. Egyptians, Romans, and then the Germans, all decorated their homes with wreaths made from fir and pine trees to protect their homes from illness and evil.

In the 1800s, the Germans brought this tradition to the U.S. Initially, Christmas trees were left outside and decorated with other natural items, like apples and flowers. Once they made their way indoors, people made decorations for their trees out of colored paper.

Shopping at antique stores and estate sales, you might come across something strange — clip-on candle holders meant to adorn a Christmas tree. Before electricity, people lit their Christmas trees with candles, and yes, sometimes, the whole thing went up in flames. Due to the extreme risk of fire, folks had to keep water and sand by their tree in case things got out of control.

In 1882, the president of Edison’s electric company, Edward H. Johnson, decorated the first electrically lit Christmas tree. He placed it in his front window for all to see.

But once that happened, bright and festive electric holiday displays became the norm. Now it’s common to see a yard decked out in a way that, in the early 20th century, only a department store window display would be!

Santa Claus is probably the most popular and certainly most recognizable Christmas symbol. Children write letters to this fictional character who, reportedly, determines whether they’ve been naughty or nice.

There are arguments as to where this jolly figure originated. A popular story is that he’s based on Saint Nicholas, a monk born around 280 A.D. who gave away his wealth.

Santa, as we know him today, came from the Dutch Sinter Klaas. In the early 1800s, he was depicted in art as having stockings stuffed with toys. Sometime in the mid-to-late 1800s, people started dressing as Santa and appearing at shops, and later, at malls.

Santa Claus is associated with gifts at Christmastime, with a focus on children receiving the toys they’ve asked him for. But before we sat on the laps of guys dressed in red and asked for BB guns, Christmas was celebrated in the streets.

In the 19th century, children and the poor in big cities like New York went door-to-door asking for handouts on Christmas, sort of like a snowy Halloween. The concept of exchanging gifts at home likely came from upper-class folks, so people would stop banging on their doors asking for hot rum drinks and food.

The push was successful, and many parents adopted it, hoping to keep their kids home and off the streets. This tradition, combined with the rise of mass production (especially of toys), paved the way for our modern method of gift-giving. 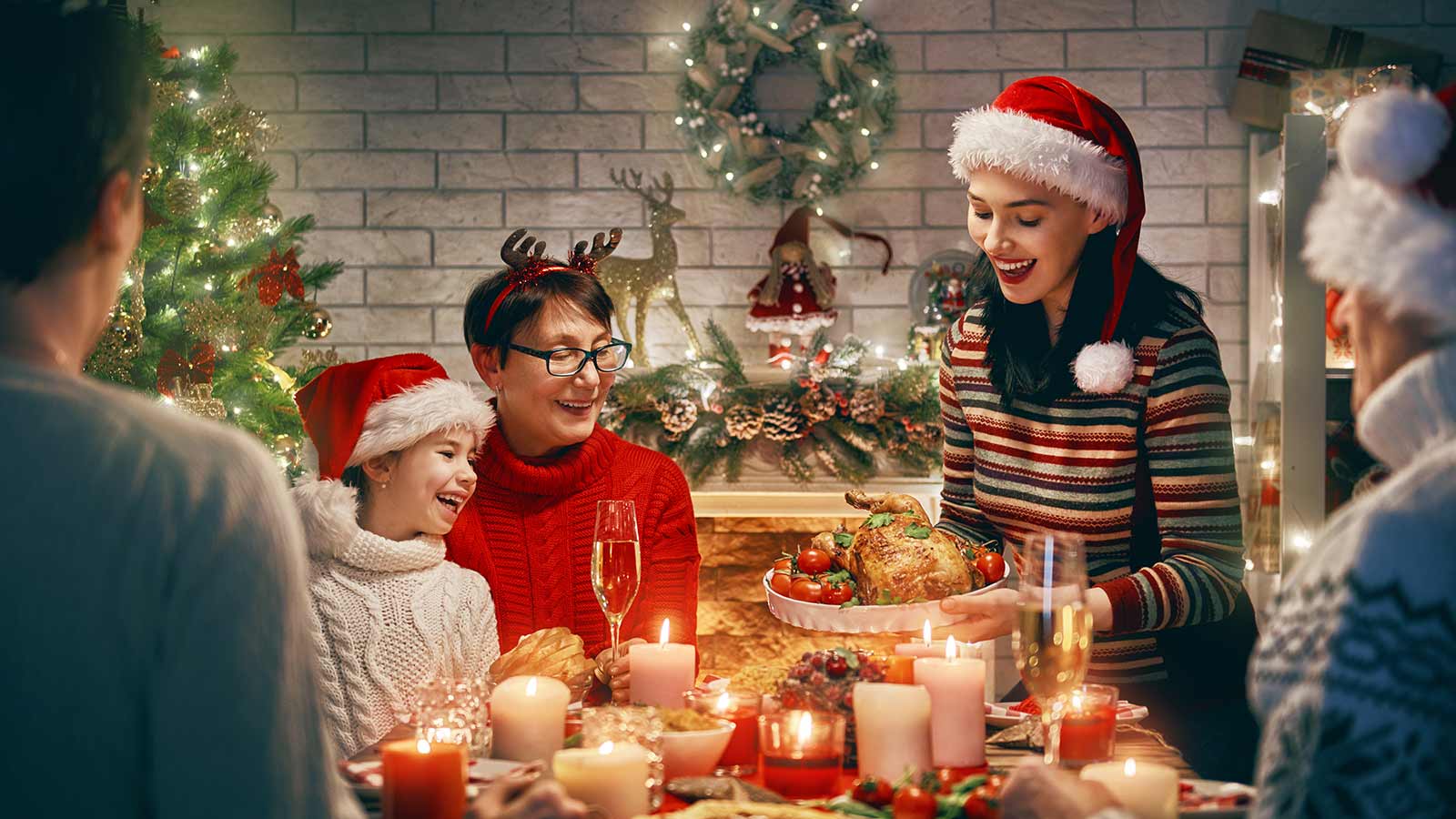