Walking the aisles of your local grocery store, you might have noticed options to buy either stock or broth. Because, while often used interchangeably, stock and broth are different, but how?

The differences between stock and broth come down to how each is made and the flavors that emerge during their creation.

RELATEDThe Best Stockpots to Feed Everyone

Broth is made when meat, vegetables, and herbs are simmered in water. You can seafood, poultry, and beef varieties, and there are also vegetable options. The combination of meat, veggies, and herbs makes broth flavorful, and it’s cooked only for a short amount of time to prevent the meat from overcooking.

Typically, broth has a thin consistency similar to water (though markedly more flavorful). Most people use it as a soup base or in recipes that call for cooking liquids like gravies, grains, and stir-fries.

You can make your own broth and stock at home.

As for stock, it’s primarily made with bones and cartilage, and it has to be cooked for several hours to allow the bone marrow and collagen to be released. The marrow and collagen also make it thicker than broth. If you’re thinking about bone broth, yes, it’s technically stock, not broth.

Stock can also be made with a somewhat neutral flavor if made just with bones, but you can add veggies, meat, and seasonings if you want something a bit more flavorful.

Often, stock and broth are used interchangeably, and yes, that’s just fine. While flavors might differ slightly, and there is a difference in thickness, they can be used in many of the same ways including in soups and stews.

The next time you’re grocery shopping and notice a chicken stock and chicken broth, you can pick up either, but if you’re looking for a thicker liquid, stock is your best bet. For quality flavor, go with broth. 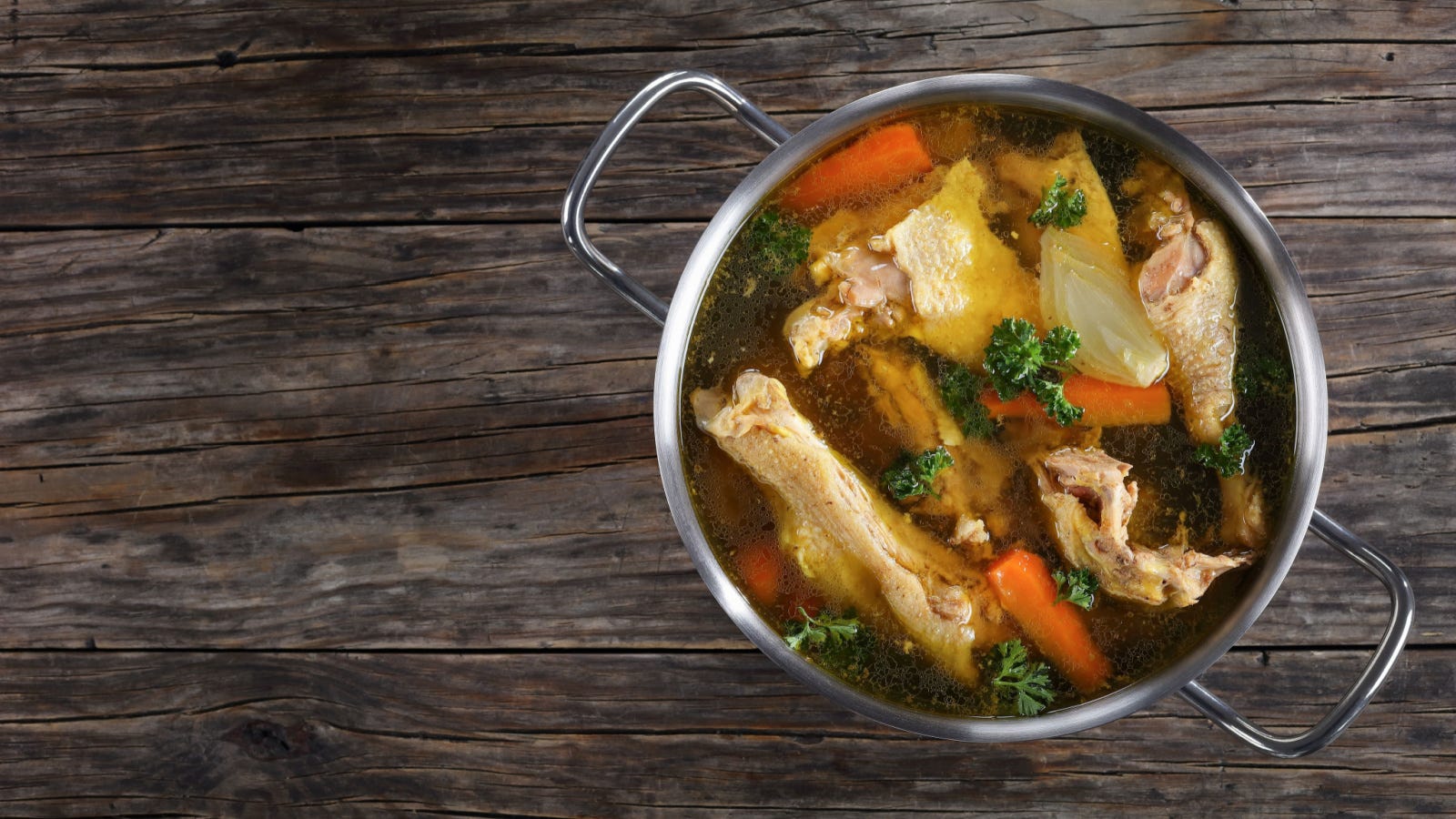 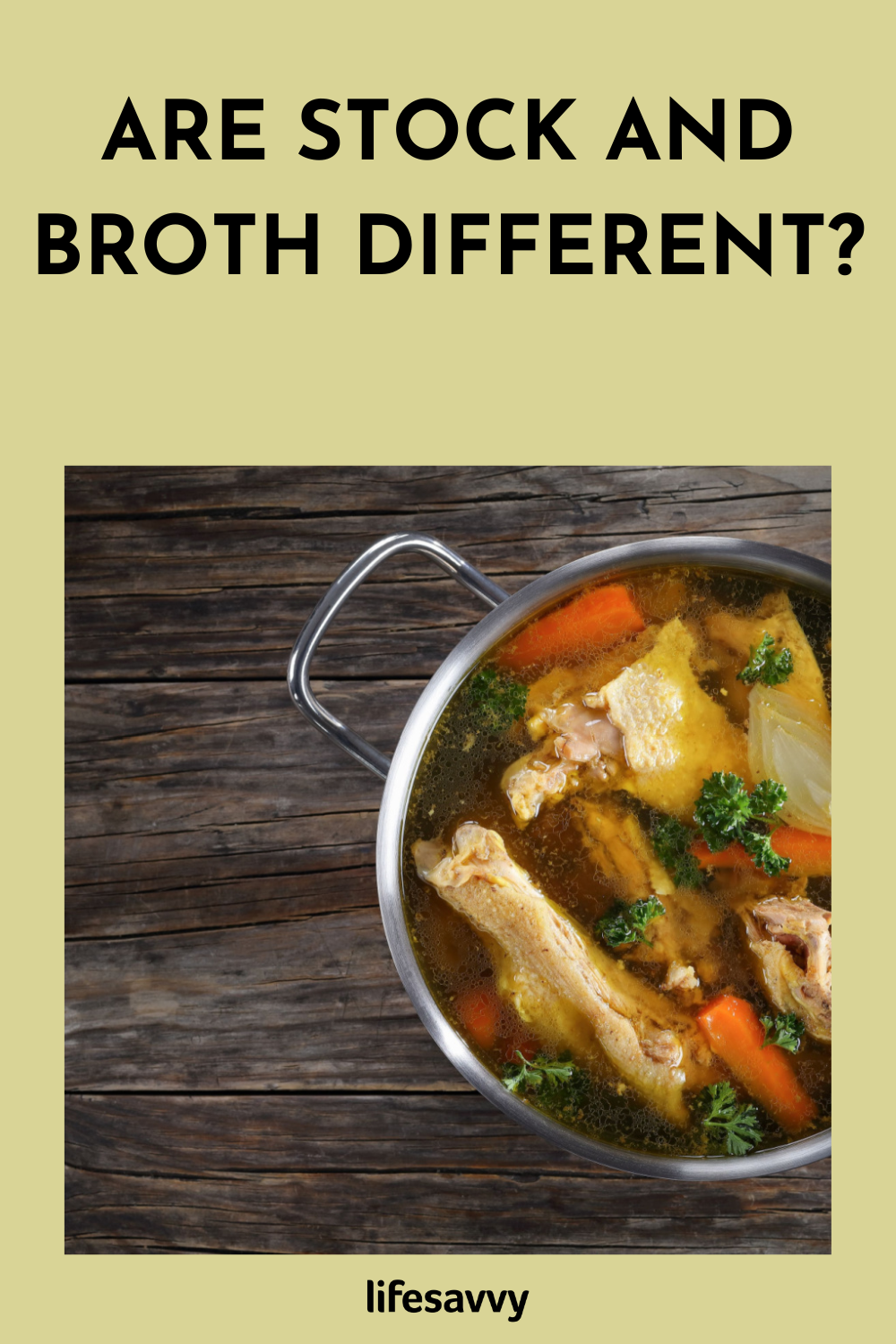