If you’ve ever perused the aisles of a liquor store, there’s a fair chance the glistening bottles of whiskey and bourbon caught your eye. Before you make your selection, you’ll need to know a few things about the two spirits.

While these two amber-hued liquors look similar, they each carry distinctive characteristics that set them apart. We’ll start with a famous saying— “All bourbon is whiskey, but not all whiskey is bourbon.” So, what does that mean exactly?

Whiskey (sometimes spelled whisky) is a spirit made from a fermented combination of grains like wheat, rye, corn, or barley. Whiskey makers typically start by combining grains with water and yeast, then heat and stir the mixture until it’s well combined. The combination is called a “mash bill.”

The mash bill gets stored for a couple of weeks until fully fermented. Whiskey makers then work to strain ethanol (simple alcohol) from the fermented grains before the distilling process occurs.

Whiskey is distilled by heating and vaporizing the liquid, then collecting that vapor once it has recondensed into a purer, more alcoholic liquid. The resulting liquid varies in quality. According to Masterclass, the first 35 percent is considered toxic and typically thrown out.

The following 30 percent, called “the heart,” is known as the best product. This developed, and pure whiskey goes into wooden barrels to be aged. The last 35 percent (known as the tail) is often redistilled until it reaches a more developed product.

The type of grains, the blending method, and the aging process are all significant factors that dictate the final unique flavor of the whiskey. Some offer a smoky flavor, while others give a natural woody taste.

Once you’ve found a whiskey you enjoy, you can move on to find a sophisticated decanter to store your liquid gold.

A sophisticated way of showing off your whiskey.

Decanters will help preserve the quality of your whisky as it minimizes the amount of air interacting with it. Plus they look stellar in your home bar.

Bourbon is a type of whiskey produced in the United States that follows specific legal requirements to earn the label. According to the American Bourbon Association, these requirements can be broken down into five rules:

Many say bourbon offers strong oaky flavors with hints of vanilla and caramel. It’s often considered smoother than other types of whiskey and an excellent place to start when you are new to the spirit.

Because of its smooth finish, bourbon is a well-known main ingredient in several cocktails including the old-fashioned and the manhattan.

Bourbon Is My Comfort Food

If you love exploring the world of mixology, then this hardcover is a must. You’ll discover over 100 variations of classic bourbon cocktails, while also digging into essential elements of a delicious cocktail.

What’s the Difference Between Whiskey and Bourbon?

Whiskey is produced in many countries across the globe. The location, production, and aging processes all set whiskeys apart from one another.

Bourbon is a type of whiskey that must always be made in the US and must adhere to inflexible regulations giving it the unique flavor many love today.

The grain type, distilling processes, and aging methods give both spirits unique qualities that whisky connoisseurs can appreciate. Bourbon is just one type that falls under the whiskey umbrella; there are nine types of whiskey in total.

What Are the Different Types of Whiskey?

You’ll find hundreds of unique whiskeys on the market today, but each bottle is categorized by one of the nine types.

These nine whiskeys are distinguished by their place or origin, grain type, blending method, and the aging process:

Because each type of whiskey follows specific recipes and distilling methods, they all carry unique flavors. Once you start experiencing the spirit, you might even find yourself wanting to dig deeper into whiskey enjoyment.

Everything you need to make fun whiskey cocktails.

The kit includes a mixing glass, bar spoon muddler, some bitters, and a few recipe cards to get you started. Maybe you’ll find yourself to be quite the mixologist.

What are the Different Styles of Bourbon?

From there, whisky makers can further categorize them based on additional standards. These standards and procedures lead to specific bourbon types, which can be identified by the labels on each bottle.

Here’s what the labels mean:

Understanding bourbon labels is one way to learn about what you might like in bourbon, but giving each a try will surely provide a more profound appreciation.

One way to accentuate the flavor of bourbon or any whiskey, even more, is by drinking it with a tasting glass. The shape of the glass offers a bulb towards the base, making it great for swirling and concentrating the aromas towards the narrowed rim.

The thick stem is designed to avoid your hands from cupping the glass, which will warm it, and is considered a faux pas.

What is the Right Way to Drink Whiskey?

In the world of food in drink, there are several debates that’ll shake people to their core, and the right way to drink whiskey is one of them. You can break down whiskey consumption into two categories; enjoyment and appreciation.

Enjoyment is all about preference. If mixing a couple of ounces with coke is your style, then all that matters is that you like your whiskey that way. Many enjoy whiskey combined with ingredients to create a fun seasonal cocktail and that is totally fine too.

Appreciation is more about experiencing the whiskey, which can be done in a few different ways. This is broken down in the video above.

You can drink it neat,  which means pouring it right into the glass and drinking it at room temperature. A whiskey neat will give you the true essence of the spirit, but it may taste too harsh for some.

You can also drink whiskey with a splash of room-temperature water added. This is a popular way to dull down the harshness and allow you to perceive the flavors more easily.

You can also drink whiskey on the rocks, which means on ice. Some choose ice as they enjoy whiskey chilled, but others avoid ice as it dilutes the whiskey unevenly and too quickly. You can experience the whiskey while enjoying it chilled by adding one large ice cube as it melts more slowly and dilutes the spirit less. Plus, it looks sharp. Otherwise, whiskey stones offer a chilled take your drink, without ever diluting your beverage.

Designed for a slow melt and an aesthetic appeal.

A whiskey tumbler is what you’ll need if you plan to drink your whiskey on the rocks or if you plan to make a cocktail featuring whiskey. They look nice, and the wide-rim design makes them accessible for ice.

When you fancy a few rocks for your whiskey.

Once you’ve stocked your bar with the right tools, you’ll need to select a whiskey or bourbon to build those brilliant drinks.

RELATED10 Enticing Fall Cocktails for Your Next Get-Together

While enjoying whiskey straight up or on the rocks gives you the best opportunity to appreciate the true nature of the spirit, many enjoy mixing it up with other ingredients. Three of the most popular whiskey drinks are the old fashioned, whiskey sour, and the mint julep.

Old Fashioned: Traditionally made by muddling a sugar cube and a few dashes of Angostura bitters, then adding a small piece of orange and two ounces of whiskey. This timeless cocktail is sometimes made with simple syrup instead of a sugar cube to ensure even sweetness.

Whiskey Sour: A sweet and tart whisky cocktail made with bourbon, lemon juice, simple syrup, and an orange cherry garnish. The bloggers from A couple of cooks make theirs with maple syrup (instead of simple syrup) which complements oaky bourbon beautifully.

Trying new spirits can feel overwhelming when you aren’t sure how to differentiate them from one another. Now that you’re an expert on bourbon and whiskey, it’s time to start upping your game as a  home bartender. 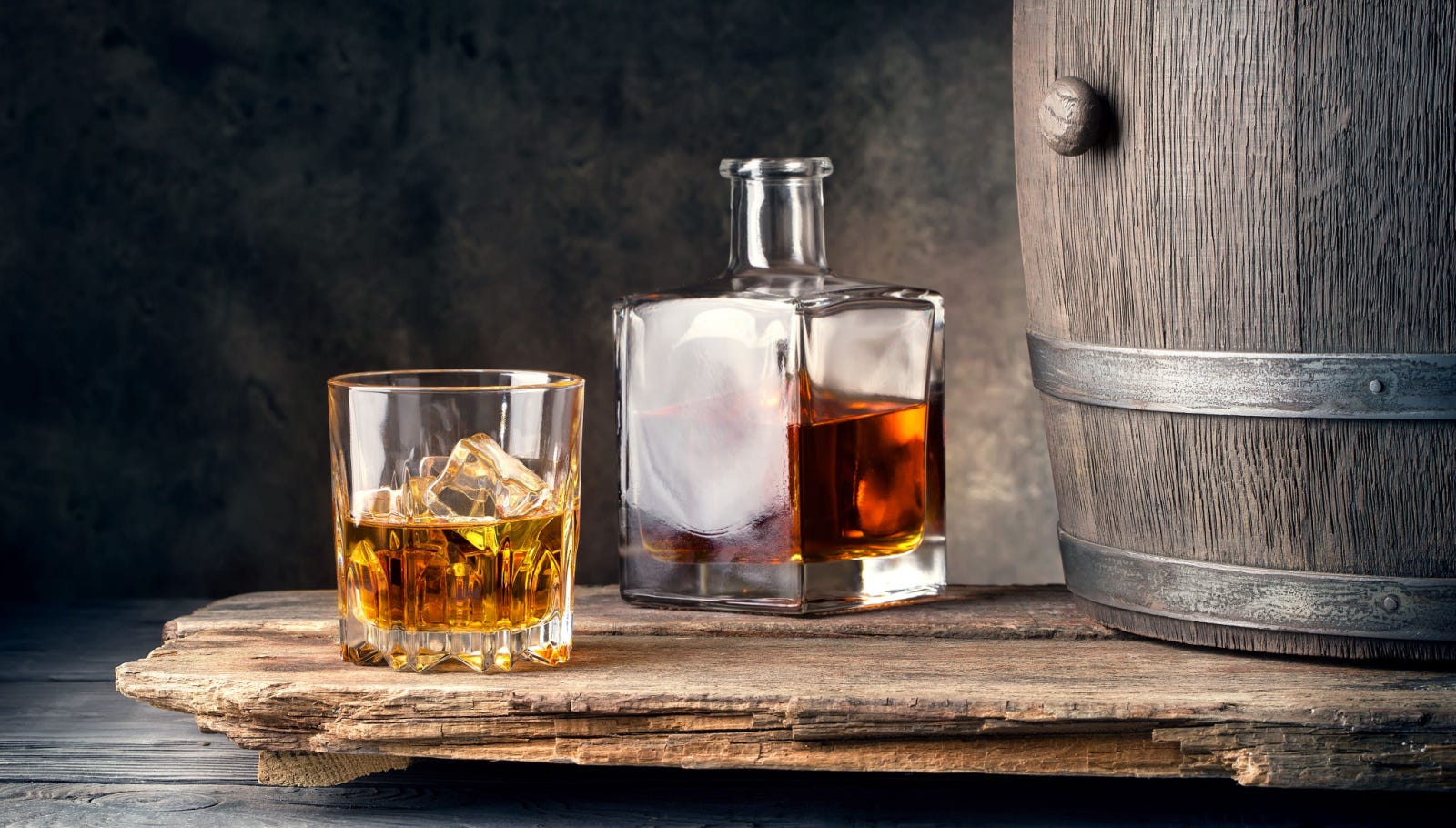 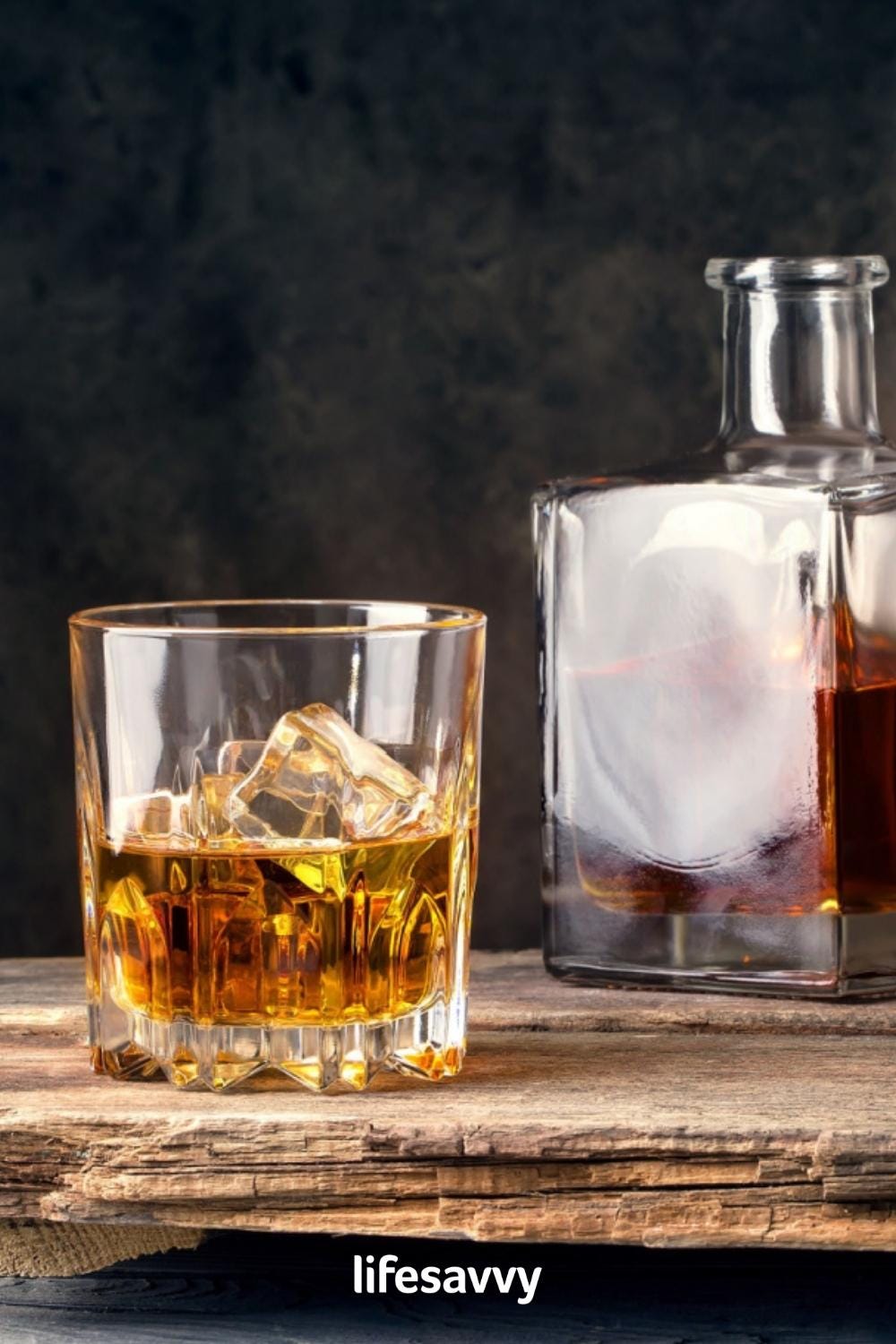