If you’ve ever cooked or seared yourself a steak at home, you probably know that you’re supposed to use some sort of cooking fat in the pan to aid in the cooking, add flavor, and make your pan easier to clean afterward.

Butter and various cooking oils are the two most popular choices. Which is better has been a point of contention among steak lovers for quite some time. We hate to break it to you, butter lovers, but the pro-oil crowd seems to have the upper hand in this one.

It all comes down to the different smoke points between butter and common cooking oils. The smoke point is the temperature at which a cooking fat or oil starts to let off lovely acrid smoke that sets off the fire alarm.

Higher smoke points are considered more desirable for cooking since it means the fat or oil in question is much less likely to burn your food. And butter, as it turns out, has a lower smoke point than other common cooking oils.

With this cast iron pan, you can get those coveted grill marks on your steak without firing up the grill itself.

That’s not to say you can’t use butter to cook your steak at all; you’ll just have to be a lot more diligent about monitoring your stovetop’s temperature and your meat as it sears in the pan. And you can always melt a dollop of butter overtop your steak to season it just before you take it out of the pan, so you get that nice buttery taste without the risk. 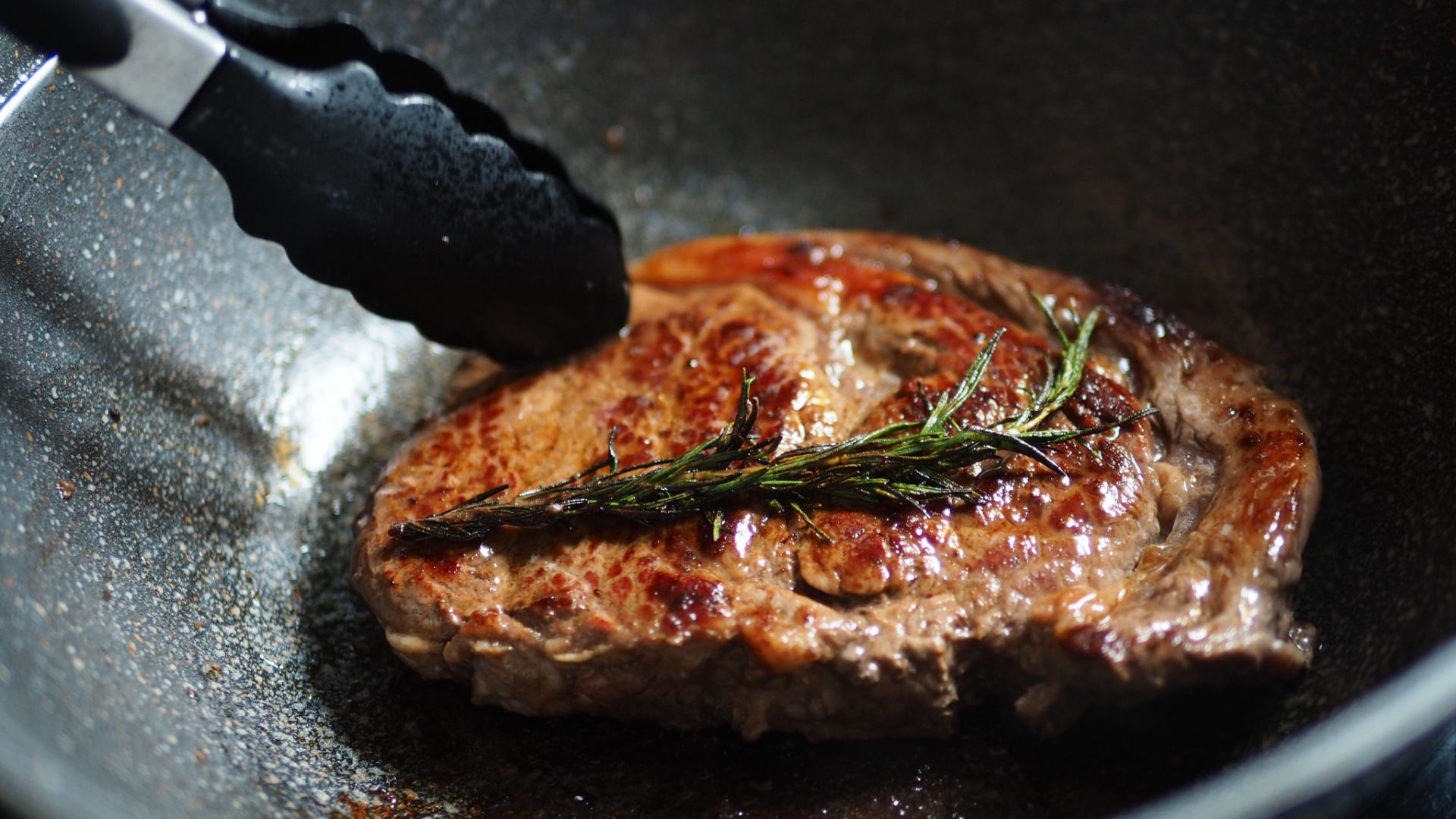 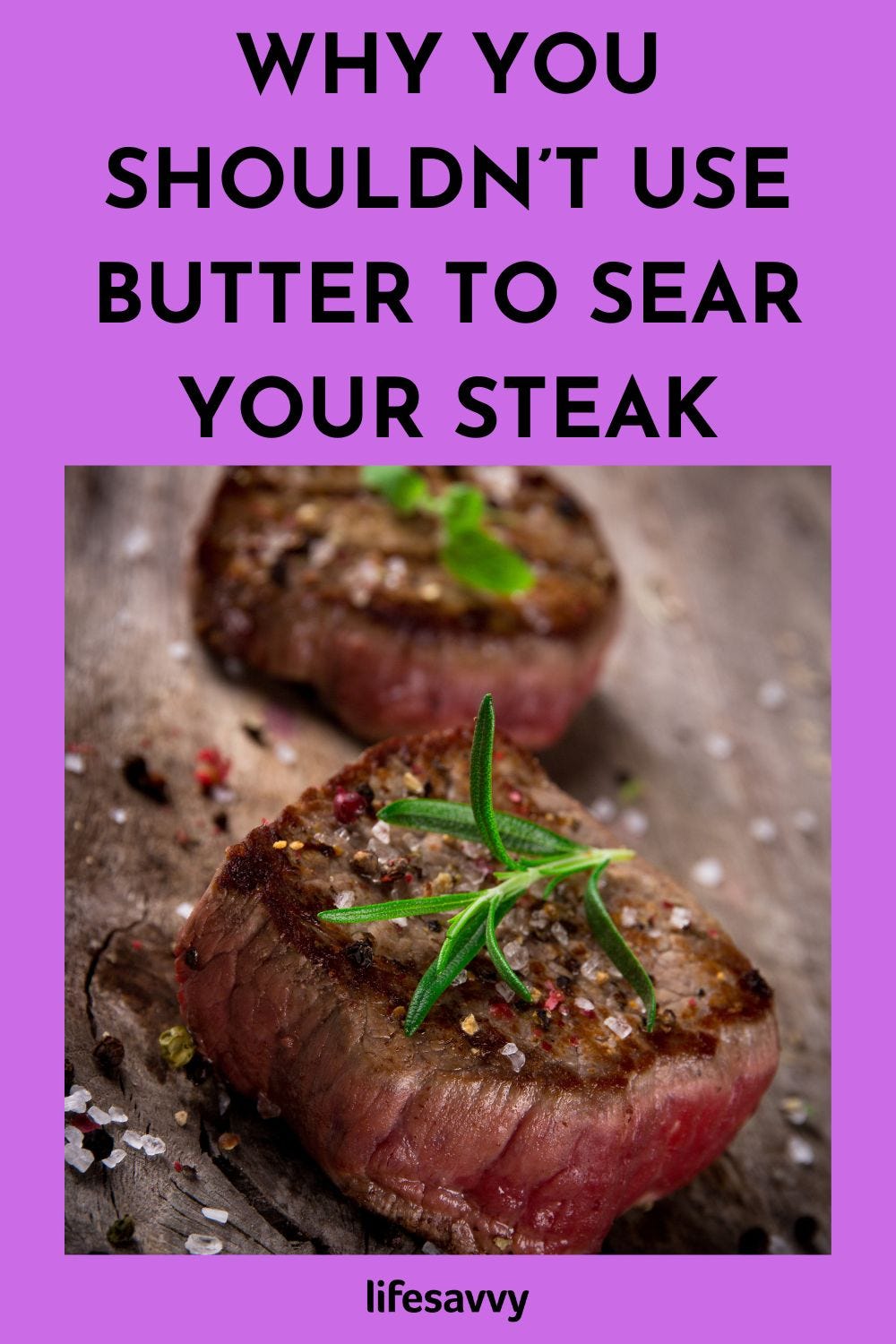