Most people wake up to snow, do some shoveling, and toss some salt on the sidewalk to make it safe to walk. Unfortunately, this isn’t the most efficient way to do it.

There are right ways and wrong ways to deal with icy walks and driveways. Salt isn’t your only option, and sand may be the better choice depending on your situation and the current temperatures in your area.

Salt melts ice, but the water it makes will freeze again if the temperatures are right. The salt also requires moisture from the air to begin doing its job, and it can’t do that when it’s too cold. When the temps outside get close to 10 degrees Fahrenheit or colder, your salt is going to stop working, and the stuff that melted earlier is going to freeze again.

When the temps are warm enough for salting your driveway and sidewalk when you salt matters, as it takes a few hours for the salt to do its job. If you want a safe place to walk in the morning, consider salting the night before. But again, for emphasis, don’t salt using regular rock salt if the nighttime temperatures fall to near 10 degrees as you’ll just wake up to meltwater that has refrozen into an ice slick.

Using Sand as an Alternative to Salt

If you need a safe path to walk on and didn’t get a chance to salt ahead of time, sand is your best bet. Sand doesn’t melt the ice and snow, but it gives you tread, so you don’t slip and fall.

The pitfalls of using sand include the fact that it easily gets ground into the ice and snow, the more you walk on it, which renders it useless. If it’s an arctic blast kind of day, with way below freezing temps, the sand can just end up frozen in the ice and snow accumulation; in that case, it won’t do anything to melt the ice nor provide grip under your feet.

When In Doubt, Shovel and Wait

Salt the night before if you want to make sure you’re not going to slip and fall when you head down the driveway to get your mail. If you didn’t get a chance to salt early enough, sand would work in a pinch; but if it’s extremely chilly out and the snow is still coming down, neither option is going to be particularly effective.

And, no matter which method you use, always shovel as much snow as possible before putting down salt or sand. 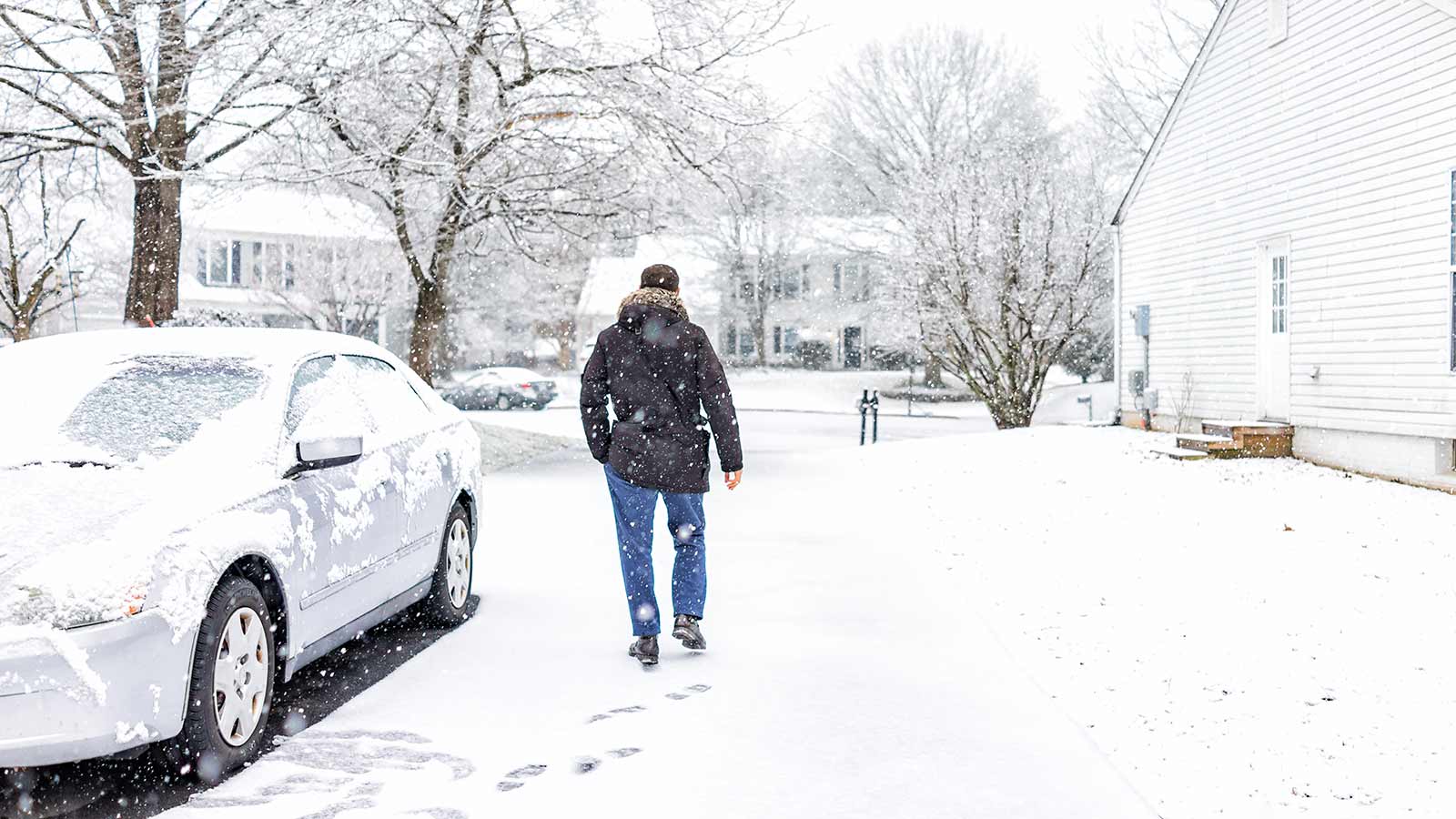