Olive oil is often heralded as the Holy Grail of cooking oils. It’s tasty, it’s healthy, and it’s versatile. You can drizzle it over bread or toast, use it to fry eggs or roast vegetables on your stovetop, mix it with other ingredients to create a tasty salad dressing or marinade, stir it into cooked pasta in lieu of butter– the possibilities are nearly endless.

Thus it’s no surprise that olive oil has many admirers and is a highly sought after component of healthy cooking and eating habits. Yet in recent years, there have been claims that up to 80% of the olive oil in the United States is not, in fact, real olive oil.

We spoke with Joseph R. Profaci, Executive Director of the North American Olive Oil Association (NAOOA) to learn more about olive oil fraud, find out if there’s any credence to this claim, and what customers should look for when they’re shopping for olive oil.

What is Olive Oil Fraud?
Is it True That Most Olive Oil in the United States is Fake?
Where Does the Report of Widespread Olive Oil Fraud Come From?
How Do You Know You're Buying Good Quality Olive Oil?

What is Olive Oil Fraud?

The most common form of olive oil fraud is adulteration, a.k.a. when olive oil is blended with other, lower grade vegetable, seed, or nut oils, whether it be soybean oil, sunflower oil, palm oil, canola oil, etc.

Not only does this mean that adulterated oil is not only what it claims to be but anyone who consumes it misses out on the health benefits that come from pure olive oil. Not to mention that olive oil is more expensive than other types of cooking oils so buying adulterated olive oil would certainly qualify as a ripoff. Worst of all, it’s potentially dangerous for people with allergies or food sensitivities– if, for example, someone is allergic to tree nuts, buying and consuming an olive oil that’s adulterated with a type of nut oil could mean an unexpected visit to the hospital.

If you want your own olive oil dispenser to drizzle oil rather then use the store's bottle, this model is both aesthetically pleasing and effective.

Deliberate mislabeling, dilution with inferior quality olive oils, being made from lower quality olives, falsifying the country of origin, or outright fakes are also potential causes of olive oil fraud but adulteration is the one that looms the largest and is reportedly the more widespread.

“Adulteration is definitely the main concern for customers who are worried about [olive oil] fraud, the worry that I get approached about the most,” said Profaci. “They’re concerned about being cheated, especially since olive oil is healthier than other oils and costs more.”

Olive oil can also be improperly handled during distribution, which can affect the quality of the oil or cause extra virgin olive oil to lose its pure extra virgin status. Profaci argued that this doesn’t qualify as fraud, however, since fraud implies intentional tampering or counterfeiting and these incidents are accidental.

Is it True That Most Olive Oil in the United States is Fake?

The good news is that the claim of near-universal olive oil fraud seems to be a wild exaggeration. The vast majority of olive oil in the United States’ retail market is, in fact, the real deal. That’s not to say that olive oil adulteration is completely nonexistent or never happens, but it’s nowhere near as widespread as has we’ve been led to believe.

Profaci estimates that around 2% of the olive oil sold at retail in the USA is adulterated or otherwise counterfeit– a far cry from the 75 to 80% statistic that is often quoted.

If you like to cook with olive oil or use it in your air fryer, this spray bottle is the perfect way to ensure that it's distributed evenly.

After all, the Food and Drug Administration (FDA) regulates any and all olive oils that grace the shelves of grocery stores in the States, whether domestic or imported. Though ensuing the oil is safe to consume is their first and foremost concern, that doesn’t mean they don’t check for fraudulent or mislabeled olive oil as well. They’ve even done an independent study that tested 88 different olive oils in the US and turned up no evidence of adulteration.

RELATEDHow to Use Olive Oil For Household Cleaning

“Chemical tests can confirm real olive oil with pretty good accuracy,” Profaci said. “Cheaper seed oils are refined due to solvents and to make them taste better, and this creates chemical markers that show up in chemical tests.”

Profaci’s NAOOA runs their own checks as well.

“We do random testing of olive oil products off the shelves, and if we find one that’s fraudulent we bring it to the attention of the FDA,” he said.

Olive oil brands that are part of the NAOOA’s quality seal program are consistently tested two or three times a year, and the NAOOA will have the product recalled if it turns out to be adulterated. Profaci said he has yet to have an olive oil brand recalled during his tenure as executive director.

These dispensers are great for not just drizzling oils over food but measuring out exactly how much you pour over your meal.

Where Does the Report of Widespread Olive Oil Fraud Come From?

Olive oil fraud was something that the Ancient Romans were aware of, and probably goes even further back in history. The idea that 75 to 80% of modern olive oil is adulterated, however, mostly comes from a study that UC Davis Olive Center performed in 2010– a study that has been misinterpreted and whose results have been unable to be replicated.

RELATEDWhen You Consume Olive Oil Can Boost Its Benefits

“Not only was the sample size too small for a proper scientific study but their conclusions were based strictly on sensory and taste testing,” said Profaci. “Taste testing can tell you if an olive oil doesn’t meet certain standards but there’s plenty of other reasons why a product might taste off, such as if it’s too aged and isn’t fresh. Chemical testing is the only true and accurate way to tell if an olive oil has been adulterated.”

Profaci stated that the study was sponsored by California-based olive oil producers as way to encourage US citizens to buy domestic olive oil rather than imported foreign olive oils.

Need a new spout for your olive oil bottle? You can't go wrong with this set, which come with a funnel and cleaning brush.

It’s worth noting that Dr. Selina Wang, who co-wrote the UC Davis report and was the research director at the time, has stated that fake and adulterated oils weren’t part of the problem with the oils they tested. Profaci also pointed out that the report is no longer available on the UC Davis website, nor is it in their archives.

Still, the myth persists, and Profaci thinks he knows why.

How Do You Know You’re Buying Good Quality Olive Oil?

Even if you don’t have to worry about whether or not your olive oil is adulterated, you may still be wondering how to pick out the highest possible quality olive oil at the store.

Profaci provided several handy tips for ensuring that you’re buying the good stuff for your home cooking. He says that trusted brands at trusted retailers are usually reliable since neither the brand or store will want to risk their reputation, but there are several other factors you can keep an eye out for as well.

RELATEDThis Is Why Olive Oil Often Comes in a Green Bottle

First and foremost, look for a quality seal on the oil’s bottle, whether from the NAOOA or another similar organization, such as the California Olive Oil Council (COOC) or the Australian Olive Association. This doesn’t mean that a bottle of olive oil without a seal is fake or isn’t of good quality, according to Profaci, but it can be a helpful indicator. Also look for brands with third-party certification, which indicate a neutral independent organization has reviewed the product and found it suitable.

Want to add some extra flavoring to your olive oil? Grab this infusion machine to blend in your favorite herbs and spices.

You can also look for the bottling date and harvesting date on the bottle (though the latter is harder to find). Fresher is always better, and olive oil is a “living product” that will go bad within two years or so of its bottling date, so the more recent the bottling date, the better– especially if you plan to use the oil for drizzling or dipping rather than cooking.

Don’t forget to account for the price, either. There are some areas where you can cut corners to save money while grocery shopping, but olive oil shouldn’t be one of them. Better quality olive oil is, on average, more expensive.

“If the price [of a bottle of olive oil] is too good to be true, it probably is,” Profaci said.

These cute little ceramic bowls are perfect for those days when you want to use olive oil as a dip-- and they're microwave safe so you can heat up the oil if you want.

Finally, Profaci recommends taste testing the olive oil as soon as possible, as soon as you get home from the grocery store or even in your car. Olive oil should have either an herbaceous, fruity taste or a somewhat bitter one; if the bottle you picked doesn’t taste fresh, has a more generic oil flavor, or otherwise tastes off, feel free to return it to the store since it’s probably not the good stuff.

If you’ve ever wondered whether or not the olive oil in your cupboard is true olive oil or whether it’s been adulterated, it’s clear that you shouldn’t have anything to worry about. While you can certainly still be discerning while grocery shopping for olive oil or take some time to learn which type or brand you like best, the odds that the bottle you picked off the shelf is adulterated is quite low indeed. 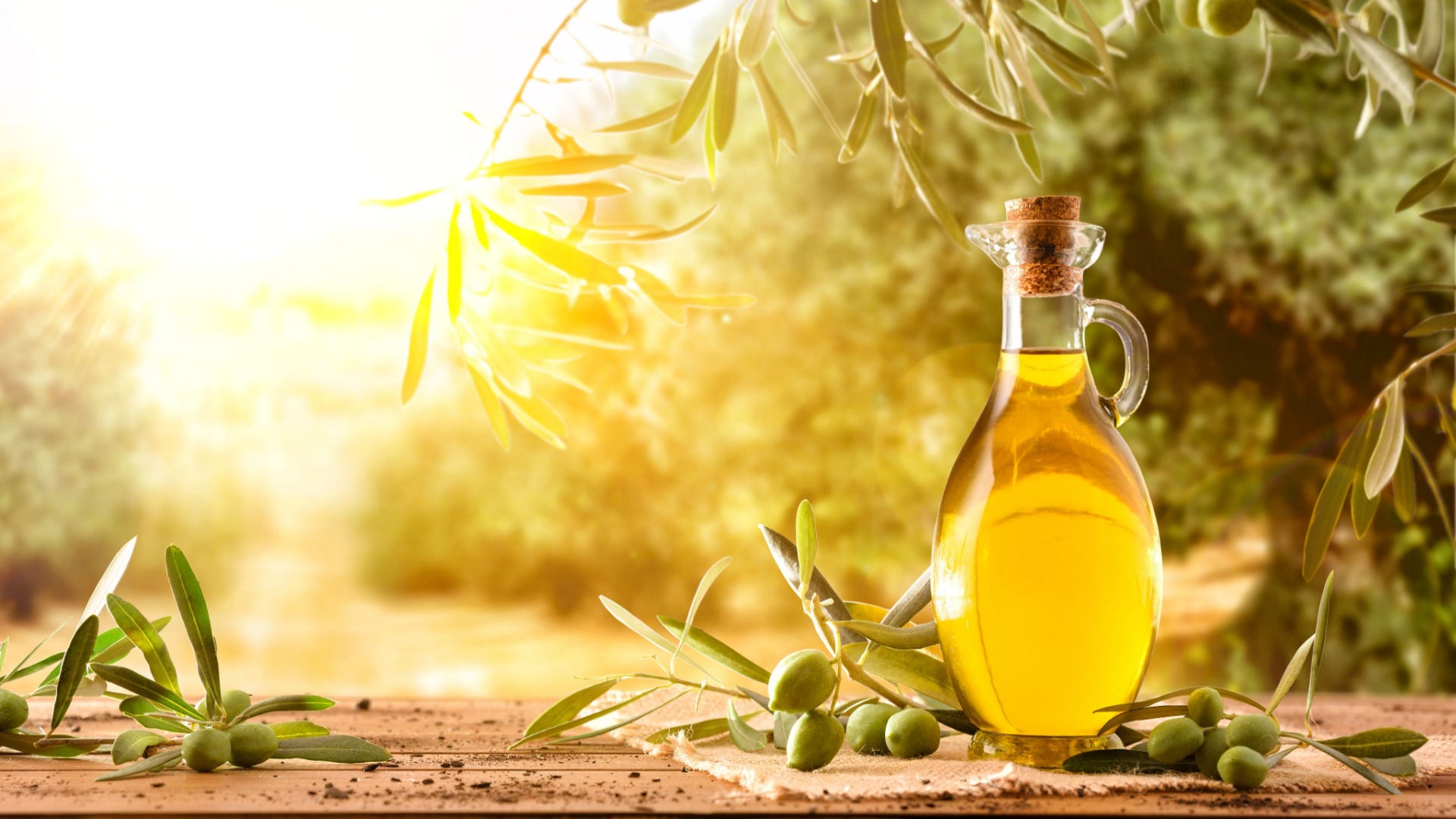 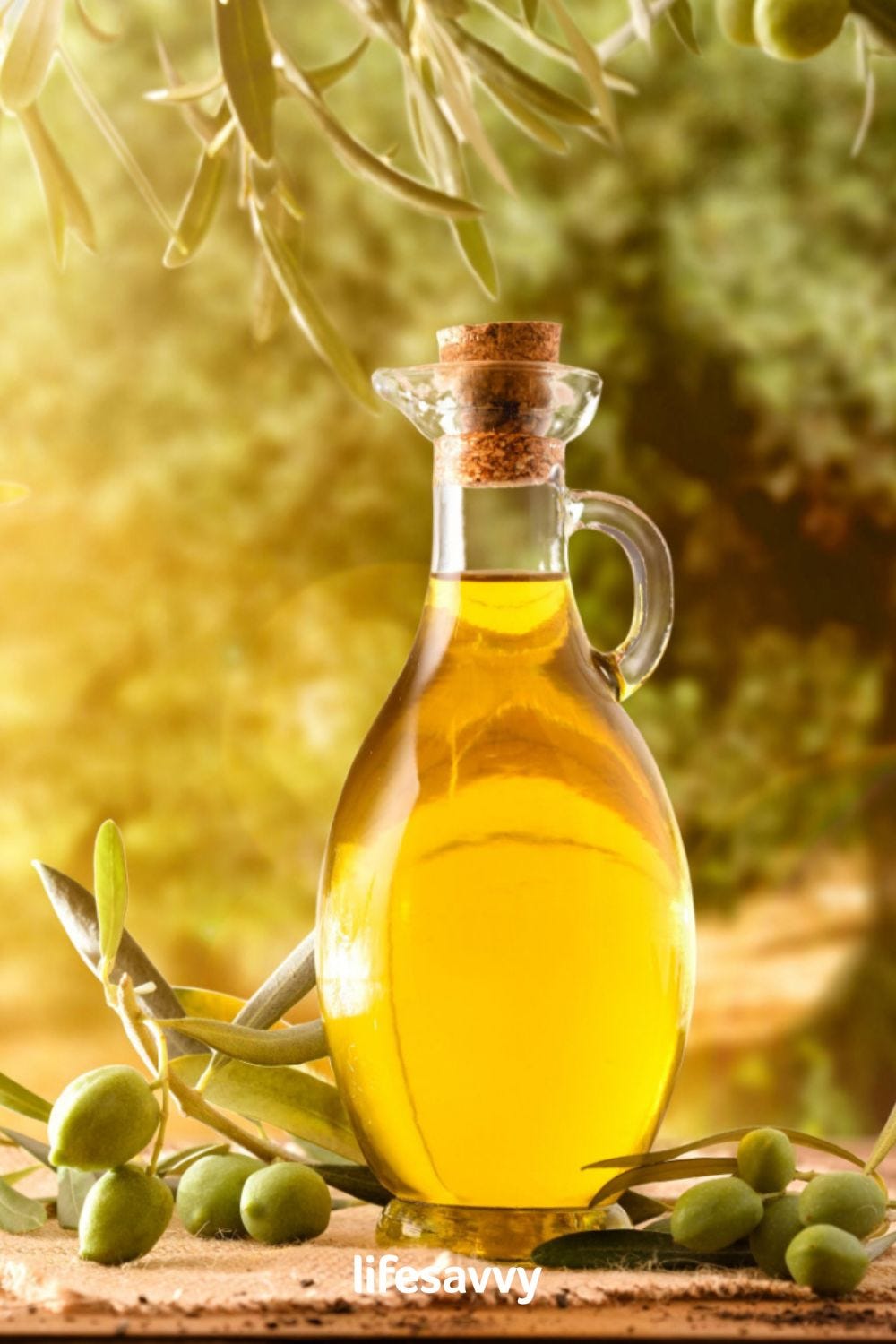