If you cook at home at all, you’ve probably come across and used cooking oils at some point. There are dozens upon dozens of types and varieties out there nowadays, each with its own tastes and benefits. Olive oil, coconut oil, sesame oil, sunflower oil, almond oil, canola oil, peanut oil– the list goes on and on.

You may have noticed that some cooking oils are marked as “refined” while others are labeled as “unrefined”. Clearly there is some difference between the two but the bottles never seem to indicate precisely what that difference might be. Does it affect the oils’ taste and flavor, or is one healthier than the other?

We did a little research to find out what distinguishes a refined cooking oil from an unrefined one, the benefits and drawbacks of both, and the cooking and baking methods for which the two types of oil are best suited.

So What is the Difference Between Refined and Unrefined Cooking Oils?

The key difference between refined and unrefined cooking oils is all in how they’re processed. A refined oil is one that has been more processed, strained, and filtered than an unrefined oil. That’s not to say that unrefined oils are completely unfiltered– they absolutely do go through a filtering process, mainly to remove any large particles in the oil. They’re just not filtered to the same level as refined oils.

Unrefined oils may have a bit of sediment or appear cloudier at times than refined oils for this reason, though this doesn’t affect the quality of the oil at all. Refined cooking oils, on the other hand, will have fewer particles, resins, and other such undesired elements. They’ll also be a little more consistent in their color and scent than unrefined oils.

If you're in need of some new dispensers for your cooking oils, you can't go wrong with this bottle set-- especially since you can label each one individually.

The extra processing that refined oils go through usually involves the temperature; they can be processed at extremely high or below freezing temperatures to help get rid of those unwanted impurities. Refined oils may also undergo solvent treatments to deodorize them, and/or bleaching to reduce the color and smell. Some cooking oils, like canola oil, will actually taste better after going through a refinement process.

If you want to ensure that your refined oils haven’t undergone any extra chemical processing, look for oils that are listed as naturally refined. This means that their processing was all done via temperature, no extra chemicals involved.

What are the Pros and Cons of Refined Cooking Oils?

The main benefits of refined oils are their shelf life, ability to withstand higher temperatures, and price tag. Since they’re more processed, refined oils can last much longer on the shelf– whether in your pantry or at the grocery store– before they start to go bad or rancid.

RELATEDDrizzle or Sizzle? How to Choose the Right Oil for Any Meal

Refined oils also have a higher smoke point than unrefined ones, which means that you can heat them up to higher temperatures before they’ll start to let off smoke. You’re a lot less likely to set off your smoke alarm when cooking with a refined oil.

If you’re someone who is easily irritated by or sensitive to strong smells, you’ll probably prefer working with refined oils. Since many of them go through a deodorization process, they tend to carry less powerful scents than unrefined oils. And while you might think that the extra processing means refined oils are more expensive, they actually cost less on average than unrefined oils do.

An infuser like this one is a great way to add herbs and spices-- and thus more flavor-- to your refined cooking oils.

What are the Pros and Cons of Unrefined Cooking Oils?

The benefits and drawbacks of unrefined oils are almost directly inverted to those of refined oils. They’re the more flavorful, colorful, and nutrient-rich choice of the two.

Since unrefined oils are much less filtered, processed, and strained, and don’t have any extra heat applied during their filtering process, unrefined oils retain a much higher percentage of their base ingredient’s nutrients, be it olive oil, coconut oil, or any other type of cooking oil. You’ll also get a richer, more pronounced flavor from an unrefined oil. Unrefined oils also aren’t deodorized or bleached so they’ll be more colorful and fragrant as well.

These misting spray bottles will not only spritz your cooking oils over food and pans but allow you to measure out how much oil you use.

The flip side, of course, is that unrefined oils don’t have as long of a shelf life as refined ones. If you don’t use oils very frequently in your home cooking and baking, you may not go through unrefined oil fast enough before it goes bad and wind up having to throw it away. They’re also more expensive on average, and you may find some unrefined oils a little too fragrant if you have a more sensitive nose or sense smell.

Also keep in mind that unrefined oils can’t withstand higher temperatures as well as refined oils, and will start to let off smoke faster. This may vary slightly depending on the types oil in question (as different oils have different smoke points; avocado oil burns at higher temperatures than olive oil, for instance) but it’s a general rule of thumb that an unrefined oil will burn faster than a refined one.

When Should You Use a Refined Cooking Oil?

RELATEDWhat are Healthy Fats and How Can You Include Them in Your Diet?

As mentioned, refined cooking oils tend to have higher smoke points than their unrefined cousins. They can withstand higher temperatures before they start to smoke and break down; if a cooking oil exceeds its smoke point, it may lose some of its nutritional value and even give your food a less pleasant taste. Thus they’re an excellent choice for stir frying, pan frying, and pretty much any other type of frying or high heat cooking.

Refined safflower, sunflower, sesame, and peanut oils are especially good choices since they have high smoke points and a high monounsaturated fat content. Cooking oils high in monounsaturated fats tend to do better in hotter temperatures than other types.

When Should You Use an Unrefined Cooking Oil?

Unrefined cooking oils are more prone to smoking burning than refined oils, not only because of their lower smoke points but because the sediment and resin left in the oil also tend to burn pretty easily. Thus you’ll want to avoid using them for any sort of high temperature cooking, lest you end up with a burnt or scorched pan.

RELATEDHow to Check Your Cooking Oil's Temp Without a Thermometer

Instead, save your unrefined oils for baking, mixing into homemade dressings, and drizzling over breads, cheeses, and other foods. Since unrefined oils retain more of their base ingredient’s natural taste, you’ll get more flavorful food if you bake with them and your salads and dressings will have distinct, pronounced flavors instead of a more generic oil taste.

That’s not to say you can’t ever saute or fry with unrefined oils. Just ensure that you use them for low heat sauteing and frying so they’re much less likely to burn your food (and cooking pan).

Refined cooking oils aren’t automatically superior to unrefined oils, and vice versa. Both have their place in your kitchen, as well as their own benefits and drawbacks. Understanding the distinction between the two and the types of cooking for which each is best suited will make your home recipes tastier– and you a better chef. 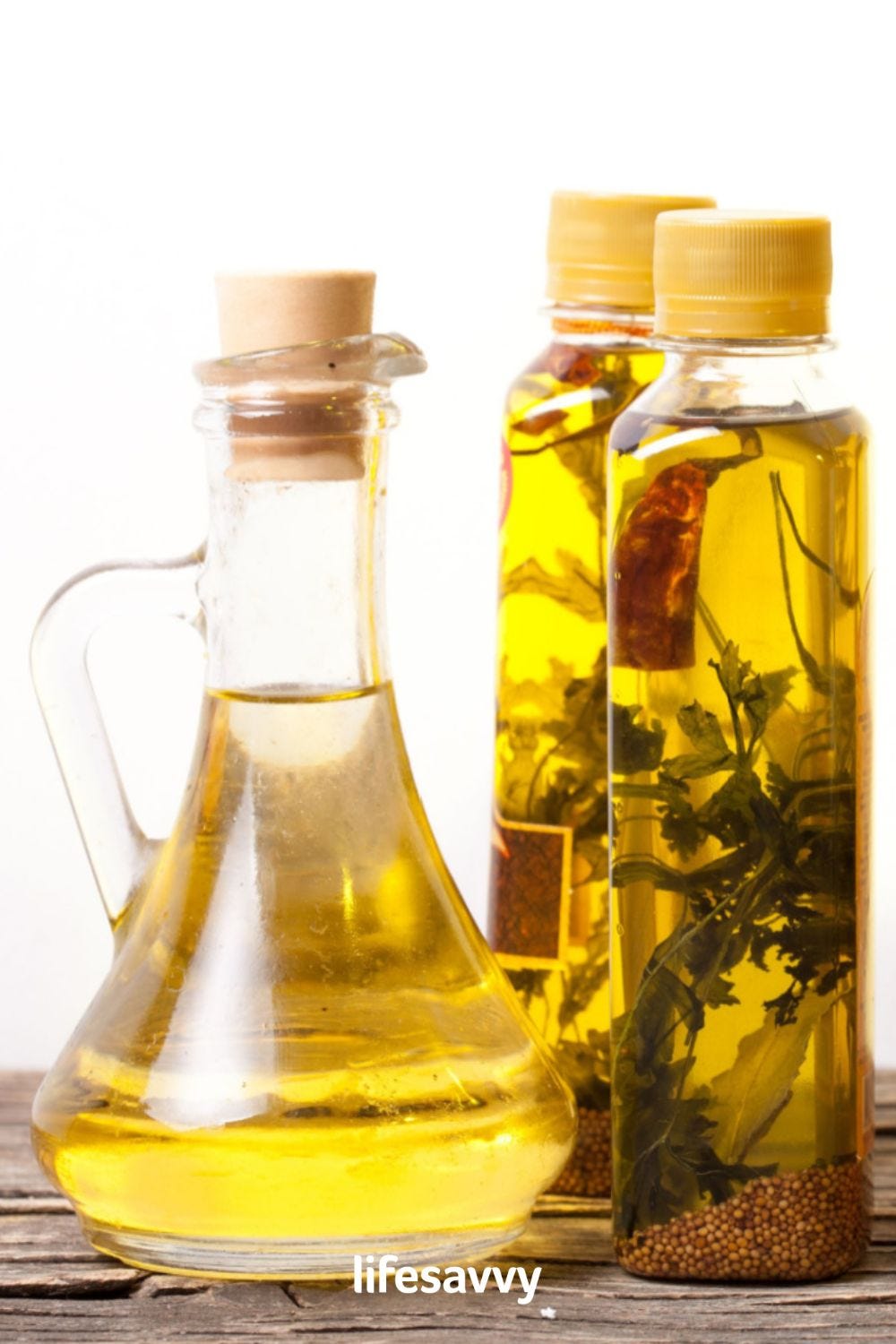