Say what you will about some generations’ need for nostalgic content, but it’s hard to deny the surge of warm fuzzies when an old animated series pops up on tv or a song comes on the radio. Now, McDonald’s lovers might be getting their very own dose of nostalgia as Halloween approaches.

McDonald’s Halloween Happy Meal pails might be returning this year, and even as an adult, those trick-or-treat buckets are enough to get you to a drive-thru.

While LifeSavvy has reached out to McDonald’s regarding these rumors, there has been no response as of press time. That doesn’t mean it still couldn’t be true.

Things seem to have gotten started when the website Nightmare Nostalgia posted a supposed leaked image that allegedly showcased the Halloween Happy Meal pails, teasing their release for Oct. 18.

You might remember the pails from the ’80s and ’90s when they had their original heyday. They first launched in 1986 with three orange pumpkins, but in the 1990s, the designs expanded. The Happy Meals came in a classic orange jack-o-lantern design as well as a green witch shape—complete with pointy hat—and a white ghost.

Even if McDonald's iterations don't come back, there's plenty of cute buckets to choose from online.

It’s those ’90s iterations that appear to be coming back—at least from the teasers that have been posted online.

If you looked forward to getting your McDonald’s trick-or-treat bucket each year as a kid, you might just be able to bring a little nostalgia to your Halloween this year. 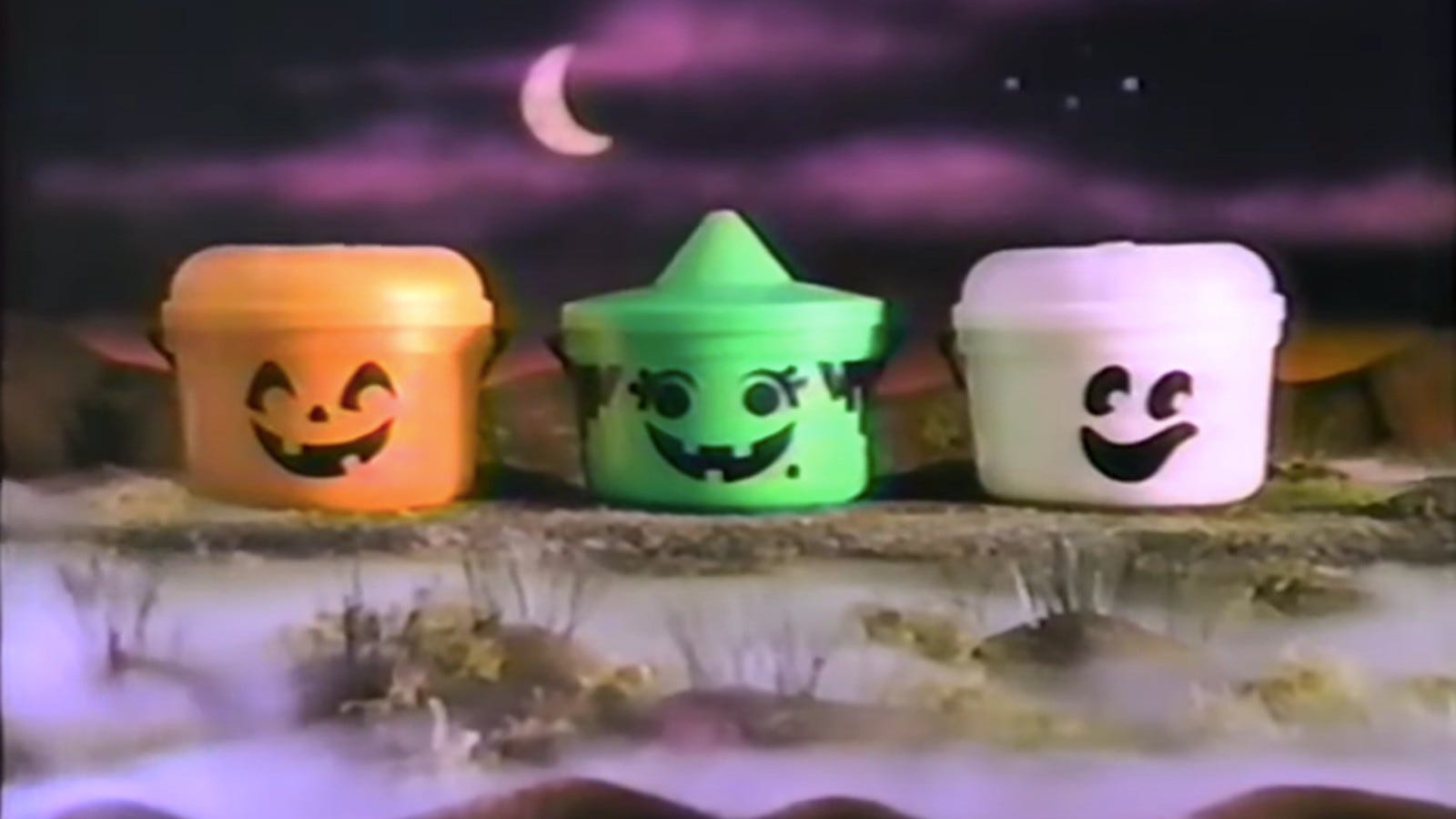 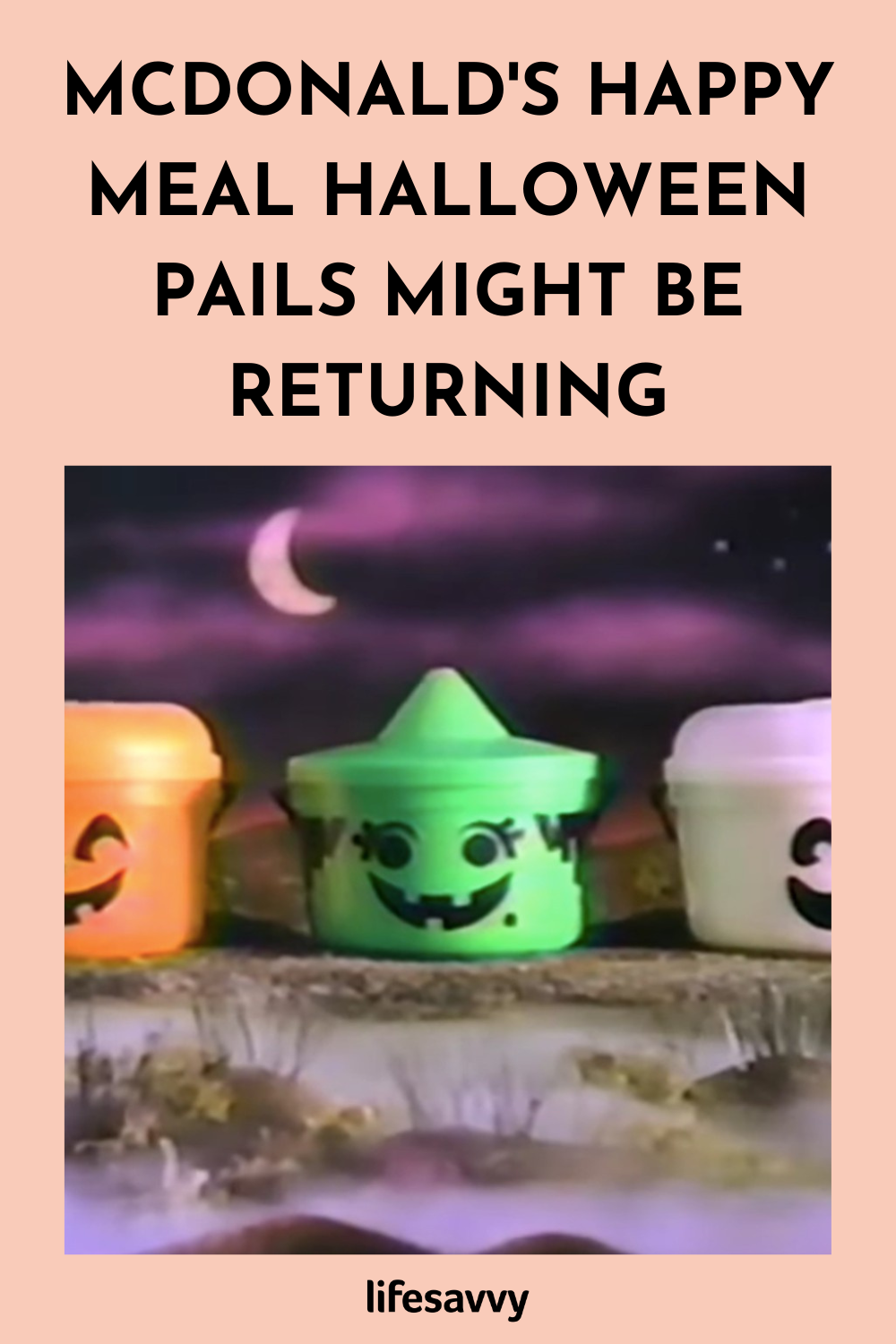