We’ve all been told to thaw our meats, seafoods, and other proteins before pan frying them on the stovetop or baking them in the oven, shrimp included. It speeds up the cooking process and ensures that your seasonings stick to your food.

RELATEDShould You Use Nonstick Cooking Sprays in Your Air Fryer?

Air fryers have become another extremely popular way to cook and prepare food. They’re a great way to make crispy shrimp without the extra calories of deep frying them.

Most of us have assumed that the same rules apply for thawing your shrimp before tossing them in the air fryer. But is this actually the case?

If you don't have an air fryer yet, grab this one and let's find out together!

As it turns out, you don’t have to thaw your frozen shrimp before air frying them.

Shrimp already cooks faster than pretty much any other protein; it only takes about 2 or 3 minutes on each side before they’re cooked all the way through, so not thawing them ahead of time isn’t a huge deal. And despite what you’ve been told, both seasonings and oils will stick to shrimp just fine while they’re frozen.

This making cooking shrimp in your air fryer even easier, as there’s no need to factor in time to defrost them. Just set your device to 400 degrees F, toss the shrimp with your favorite cooking oil and seasonings, and place them in the air fryer. They should be fully cooked in about 5 minutes or so– the same amount of time it would’ve taken to pan fry them once defrosted.

Just make sure you buy deveined shrimp if you don’t plan on thawing them before air frying, as you can’t devein a frozen shrimp. 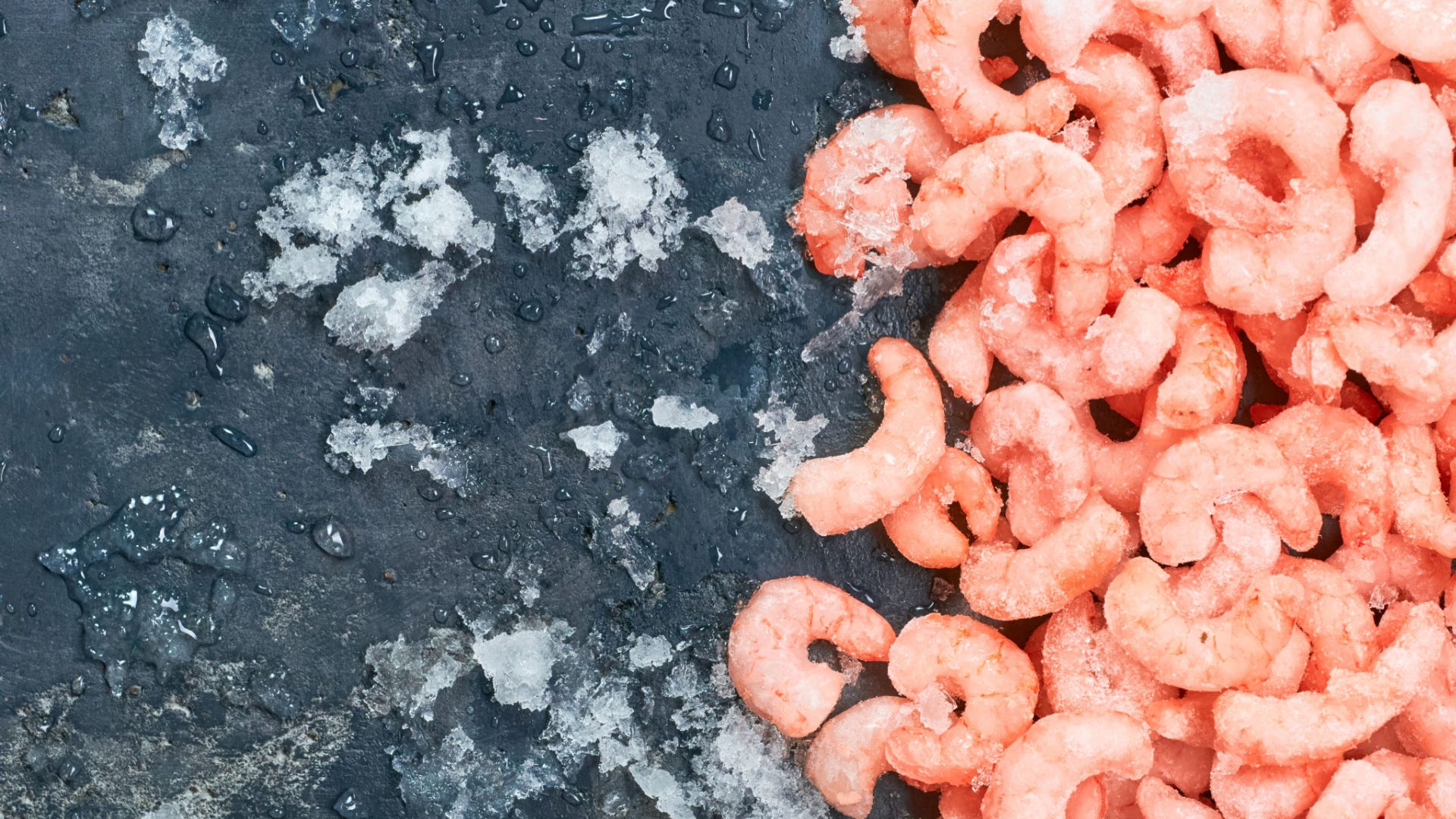 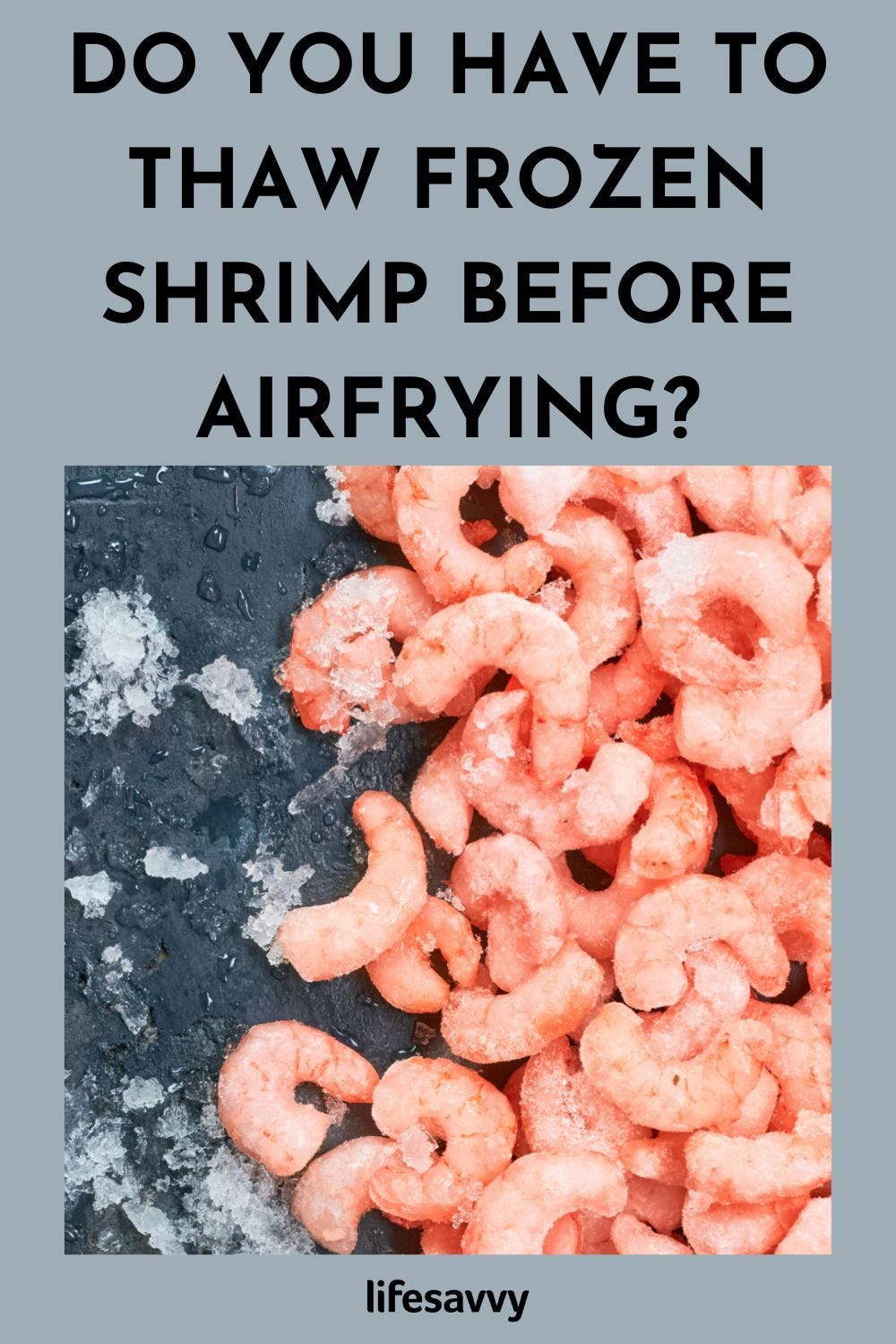