It’s always nice to have a clean dog around the house. Even if they don’t like the bath, we know they enjoy having that silky smooth fur. But, before you know it, they’re rolling around in the dirty grass again! Why?!

Your pup rolls around in the grass as another way to distribute its scent.

Dogs have a powerful sense of smell. They use scent markings to communicate with other pups to let them know they’ve been in a specific environment or they could even be marking their own territory. Rolling around in the grass is another method dogs use to leave their scent behind. They “scent journal” to spread their smell and read other smells animals have left behind.

Clean and soften your dog's coat with a gentle oatmeal shampoo.

There’s also a much simpler explanation. Your dog might also be rolling in the grass because they’re just so happy. They feel safe and want to have a good time. Don’t we all?

If you want to keep your pup out of the smelly areas in the grass, you can use positive reinforcement with dog treats to redirect them. If they’re rolling around excessively, it could also be time to call the vet. 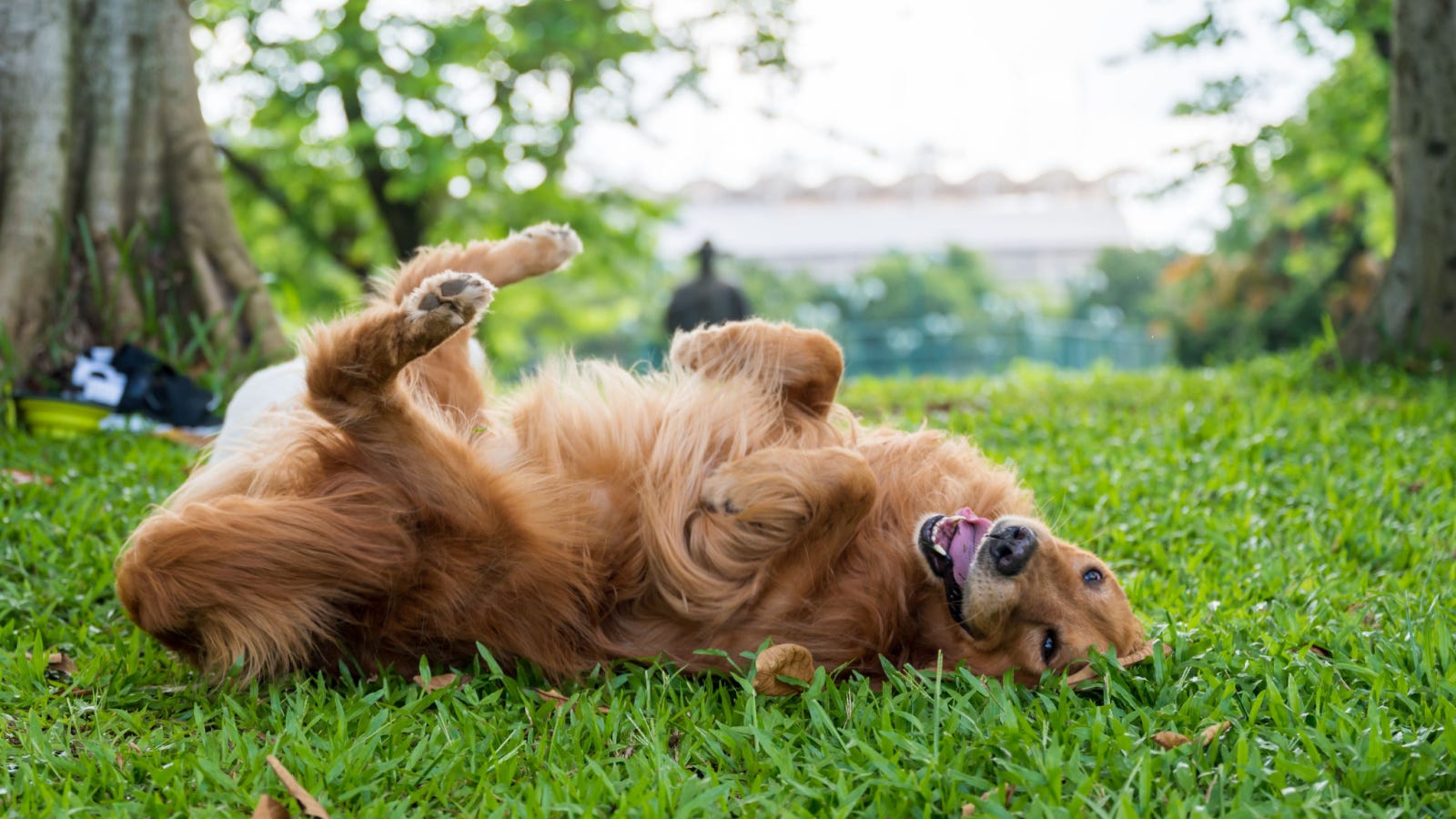