Is there a better way to celebrate 2020 than like the ’20s of yesteryear? We’re not talking about reenacting prohibition, but we are big fans of speakeasy-style cocktails. We’ve chosen one for every month so you can celebrate all year!

The start of a new year warrants popping open a bottle of bubbly, and this champagne-based classic is the perfect way to use it. Invented in 1915 in Paris, the French 75 quickly grew popular with Americans who had discovered a love for everything French.

Today, you’re likely to see it on brunch menus and possibly made with cognac instead of gin. Still, regardless of how you enjoy it, the French 75 is a great way to start the year—or any given Sunday, for that matter.

Get the Recipe: Epicurious’ French 75

In the early 1920s, Canadian-born actress, Mary Pickford, traveled with two of her well-known chums, Charlie Chaplin and Douglas Fairbanks, to a little bar in Havana. While there, a bartender whipped up a pretty pink drink inspired by Mary Pickford herself, which she supposedly adored.

Made of rum, pineapple juice, maraschino cherries, and grenadine, this concoction was perfect for prohibition. When illegal rum was in short supply, bartenders used grenadine instead. Today, the bright pink drink is a perfect choice for Valentine’s Day celebrations.

Throughout the 1920s, Ada Coleman (or “Coley,” as she was called), was a lead bartender in the American Bar at the Savoy Hotel in Paris. She mixed drinks for such renowned guests as Mark Twain and Prince Wilhelm of Sweden.

A favorite of her creations was the Hanky Panky, which is basically a sweetened gin martini flavored with bitters. She wasn’t the only female bartender at the time, but she was undoubtedly among a small and select group. She’s also credited with making the American Bar a famous attraction for tourists and expats alike. Given that March is Women’s History Month, it seems apt to celebrate with Ada Coleman’s Hanky Panky.

Get the Recipe: Liquor.com’s Hanky Panky

Martin Lomasney was an Irish political boss in Massachusetts who ran for election to the state senate in 1898. It was well-known that Ward 8 in Boston, which was full of Irish immigrants, delivered him the winning margin. Supposedly, this drink was created to celebrate the victory!

Ironically, Martin Lomasney didn’t drink alcohol, but he did strongly oppose prohibition. He believed it would force bars and taverns to get involved in the bootlegging trade, which he thought would be far more dangerous to the public than alcohol. Perhaps that’s why this drink became so popular during prohibition. Lomasney may have been sober, but his policies made him popular with those who weren’t.

Get the Recipe: Chowhound’s Ward 8

Just before prohibition in New Orleans’ French Quarter, the Grasshopper was created with creme de menthe and creme de cacao. You can still stop by Tujague’s—the bar where this drink was created—if you want to try one there.

While the Grasshopper developed a following throughout prohibition, it didn’t really catch on until the 1950s. Still, though, we can’t think of a better way to kick off the start of warmer weather.

If sweet liqueurs make your taste buds cringe, just replace the creme de cacao with vodka and have a Flying Grasshopper instead.

Get the Recipe: Mix That Drink’s Grasshopper

Most prohibition-era cocktails attempted to solve two problems: to use up all the bathtub gin and cover its terrible taste. In a Bee’s Knees cocktail, the gin is almost entirely hidden by bright, citrusy lemon and plenty of sweet honey.

It’s the perfect way to greet the summer in roaring ’20’s style. For a more modern variation, add some fresh basil or use Barr Hill gin, which is made with raw honey.

La Bodeguita del Medio is a famous bar in Cuba that Ernest Hemingway was known to frequent. We like to imagine that on one sweltering afternoon, Hemingway stumbled in seeking something to quench his thirst, and was handed this mixture of rum, mint, and sugar that made his taste buds smile.

Of course, Hemingway’s mojito is a subject of debate, and some say he never claimed to favor the cocktail. Even if his endorsement is mythical, it led to the drink’s popularity in the U.S.

Whether Hemingway liked mojitos or not, we still think it’s the perfect refreshment in the heat of summer.

Get the Recipe: Gimme Some Oven’s Mojito

August: The Princess Kaiulani (aka, the Royal Hawaiian)

The Royal Hawaiian Hotel is responsible for this concoction of gin, orgeat, and pineapple juice. When it was created in the 1920s, it was named for Princess Kaiulani, the last heir to the Hawaiian throne.

In later years, the hotel rebranded the popular cocktail as its namesake, and it became known as the Royal Hawaiian at bars throughout the country.

Regardless of what you call it, this one is perfect for a summer day by the pool. Better yet, sip one on the shores of a sandy Hawaiian beach!

Get the Recipe: Just a Pinch’s Royal Hawaiian

The origin of the Highball is contested, but the name likely came from bartender slang. In the late 1800s and early 1900s, a tall glass was often called a “ball.” A “highball” simply meant a strong spirit mixed with soda water. That covered everything from gin and tonic to vodka sodas.

By the 1920s, though, bootleggers were limited in the alcohol they could offer. Whiskey was common in speakeasies, so the Highball became a whiskey and soda.

To make an authentic one, use a tall glass with a slightly inverted mouth to keep the soda’s carbonation alive longer. To chill it without watering it down, use large, but minimal ice cubes.

Get the Recipe: The Spruce Eats’ Whiskey Highball

The first Rickey (named for famed politician, Colonel Joe Rickey) was made with rye whiskey, not gin. It’s said the Colonel first ordered one during the summer of 1883 at a bar called Shoo’s. When he continued to order this mix of rye, lime juice, and seltzer water, the bartender named it after him, and this series of drinks was born.

Today, you’d be hard-pressed to find a brandy or whiskey Rickey, although both existed in the late 1800s. The Gin Rickey survived, though, and became a standard speakeasy cocktail you’ll still see on menus today.

Legend has it that one day an American army captain rode up to Harry’s Bar in Paris. Or perhaps it was Buck’s Club in London. It doesn’t really matter. What matters is he arrived in a motorcycle sidecar, and then gave specific instructions about the beverage he wanted: brandy, Cointreau, and lemon.

Today, the sidecar is still a popular beverage, having survived prohibition by switching from brandy to whiskey. To serve one in authentic 1920s fashion, though, be sure to use a wine or coup glass with a sugar rim, rather than the more modern, sugarless martini glass.

It’s said the Old-Fashioned got its name when bar patrons in the mid-to-late1800s were seeking a whiskey cocktail made the “old fashioned way.” They were referring to whiskey with bitters and a lump of sugar dissolved in the glass.

In some bars, it was common for the bartender to pour the bitters, add the sugar, and then pass the entire bottle of whiskey to the customer. The customer then poured himself the amount of whiskey he wanted, which undoubtedly might make you wonder why there was a bartender at all.

Given the availability of whiskey throughout prohibition, it’s no wonder this cocktail stood the test of time. While you probably won’t convince a bartender to let you pour your own drink today, it’s worth sharing the story to see if he takes the bait.

Whether you try each of these classic cocktails every month or simply pick a few favorites, we can almost guarantee you’ll end 2020 having a grand ole’ time—just don’t try them all at once! 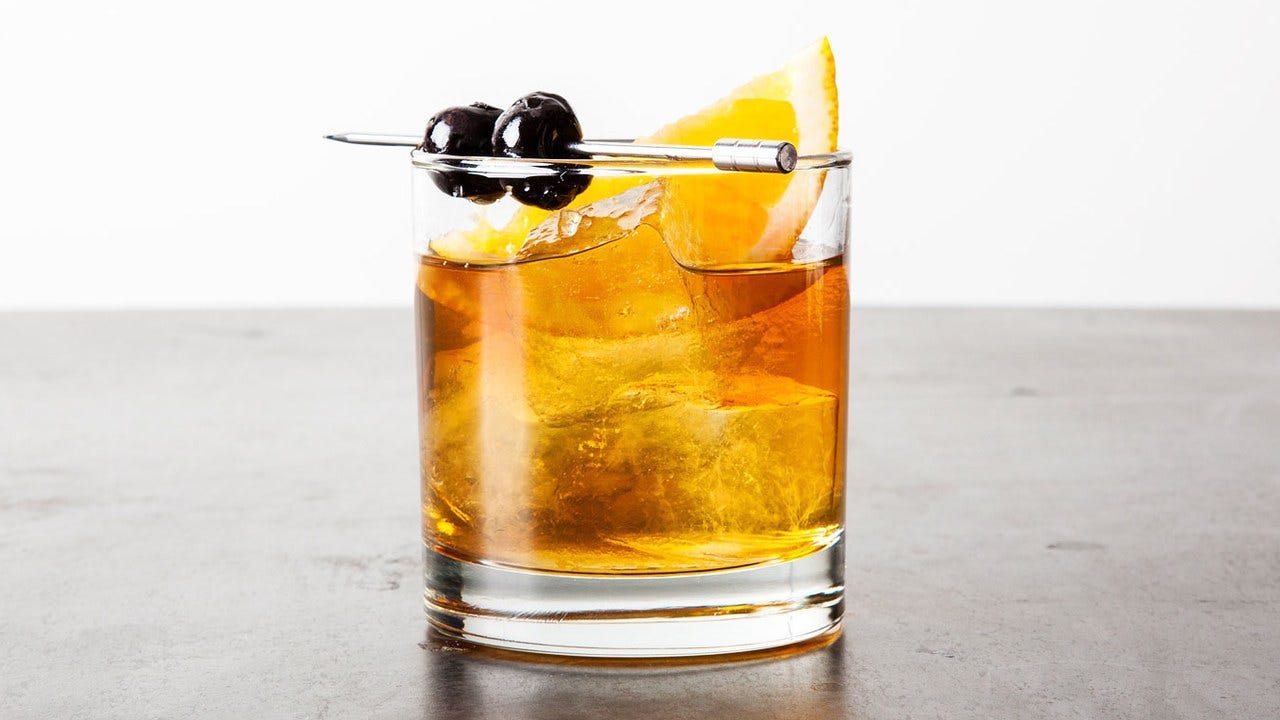