You don’t have to be superstitious to enjoy these dishes. In truth, we can’t guarantee an unbroken noodle will lead to a longer life, but we can promise it’ll taste good. So, why tempt the fates? Eat these lucky foods and enjoy a prosperous new year, or, at the least, a delicious dinner.

Across time and geographic location, people have looked to their plates for a little New Year’s luck. Some foods are assigned meanings based on the way they look, while others are considered lucky only if consumed in a particular way. Regardless of why these foods are considered special, they all have one thing in common. They’re delicious. So whether you believe in luck or not, you’ll probably still want to partake.

Many consider eating black-eyed peas to be lucky, and not just in the southern states. There’s some evidence that they were being consumed with superstitions in mind as early as 500 A.D. Today, you’ll find them served on New Years Day throughout the south, typically in a dish called Hoppin’ John.

On the first of the year, this black-eyed pea and rice dish is served alongside collard greens to symbolize wealth. Cornbread is sometimes included to symbolize gold, and if stewed with tomatoes, you’re sure to have wealth and health all year long. Or, at least that’s what they say! 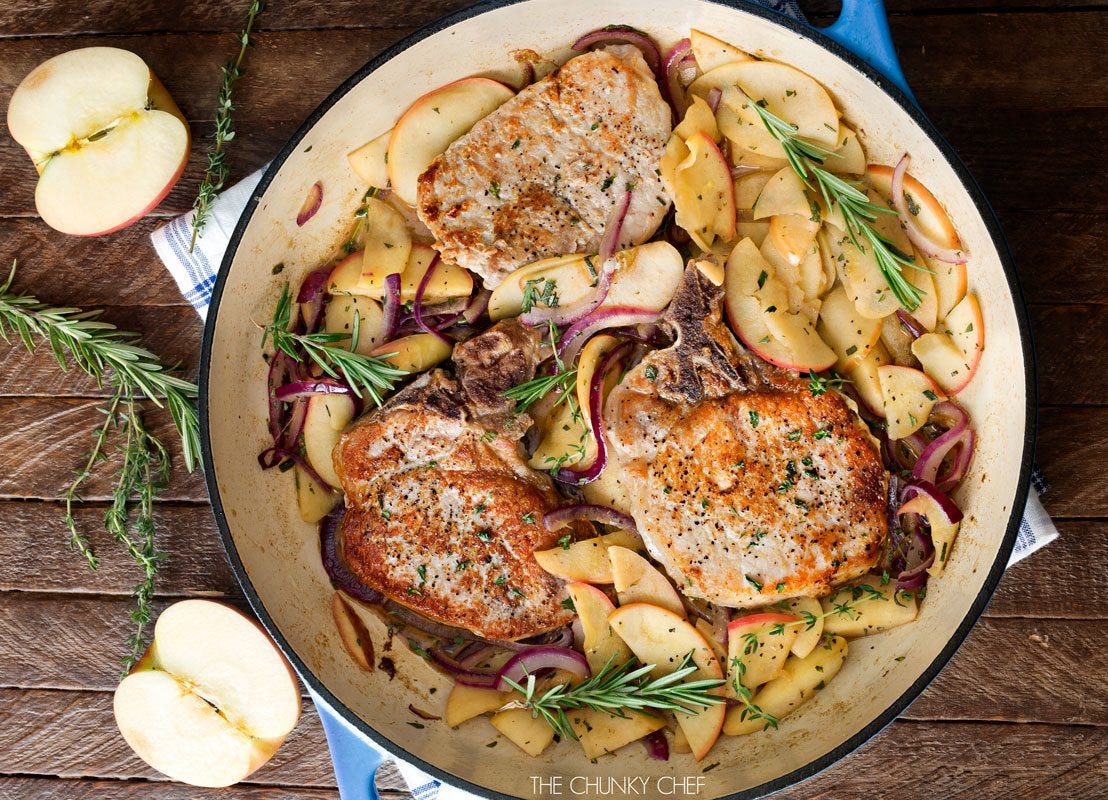 Eat pork for prosperity, as the saying goes. And, it’s no wonder that rich and fatty pork has become tied to wealth and abundance. This idea is so pervading, children still commonly keep their savings in a piggy bank. And, almost every northern European country has some form of the saying “lucky pig”; be it glücksschwein in German, or heldiggris in Norwegian.

Eating it in any form on New Years Day is considered lucky. It could be the ham hock used to flavor your Hoppin’ John, or you can keep it simple with this one-pan pork, apple, and onion dinner.

Get the Recipe: The Chunky Chef’s Pork Chop Dinner

In Japan, eating a noodle without breaking it signifies a long and prosperous life. But they’re serious about the no broken noodle rule. You have to slurp it, or the luck simply won’t take! Plus, let’s be honest, slurping noodles is way more fun than eating quietly.

Try buckwheat based soba noodles for a traditional lucky noodle dinner. Tossed with sesame and soy, they’re delicious hot or cold. And, they’re higher in protein and fiber than other noodles. So, who knows? Given their health-boosting components, maybe they really will lead to a longer life.

Many cultures view fish as lucky, and there are a few obvious reasons. For one thing, their shiny scales have long been associated with coins. And, giant schools of fish are a visible sign of abundance.

In Sweden, herring is the fish of choice. At one point, herring was an incredibly important export for the country, but the fish’s migration patterns are entirely unpredictable. So, it was eaten on New Year’s in hopes of encouraging a large catch in the coming year. Pickled herring may not make up your entire New Year’s dinner, but it’s excellent as an appetizer on top of crostini rounds.

Cabbage is green, so just like collard greens, it can symbolize money and wealth. But, the tradition of eating sauerkraut on New Years Day goes back to before money was green. In Germany, Poland, and later in the midwestern United States, cabbage was harvested in late fall. Since sauerkraut takes six to eight weeks to ferment, it’s usually ready right around new years day.

And, the long strands, similar to the noodles in Japan, are thought to symbolize a long life. Some traditions even say that you can tell how long your life will be by the number of cabbage strands in the sauerkraut pot. Of course, taking the time to count those is entirely up to you. We say, eating them is probably enough for luck.

Get the Recipe: The Real Food RDs- Sauerkraut

Dumplings are the traditional food for Chinese New Year. It’s thought that the custom started around 1,800 years ago. At the time, the currency in China was the ingot, which was shaped somewhat like a dumpling. This, of course, led to dumplings as a lucky food.

Every culture has there own take on the little meat-filled packages, from gyoza to ravioli. But to keep things authentic to the Chinese culture, you’ll want to make Jiaozi. Stuffed with pork and cabbage, two additional lucky foods, you’re sure to have a prosperous year!

Get the Recipe: The Kitchn’s Pork Dumplings

In Spain, tradition states that twelve grapes be eaten as the clock strikes 12 on New Year’s Day. That’s one grape for each bell toll, a harder feat than you might think! If done correctly, though, you’re sure to have luck in the upcoming months.

Keep some raw grapes handy for midnight, but serve up this steak with roasted grapes for dinner. The fruit complements the beefy rib-eye perfectly, and they’re just plain fun to eat.

Get the Recipe: Food Network – Rib-Eye with Roasted Grapes and Red Wine Sauce

So whether you believe in luck or not, give one of these dishes a try for New Year’s. Even if they don’t lead to a longer life, wealth, or abundance, they all taste good. And, if we’re honest, isn’t that what really matters? 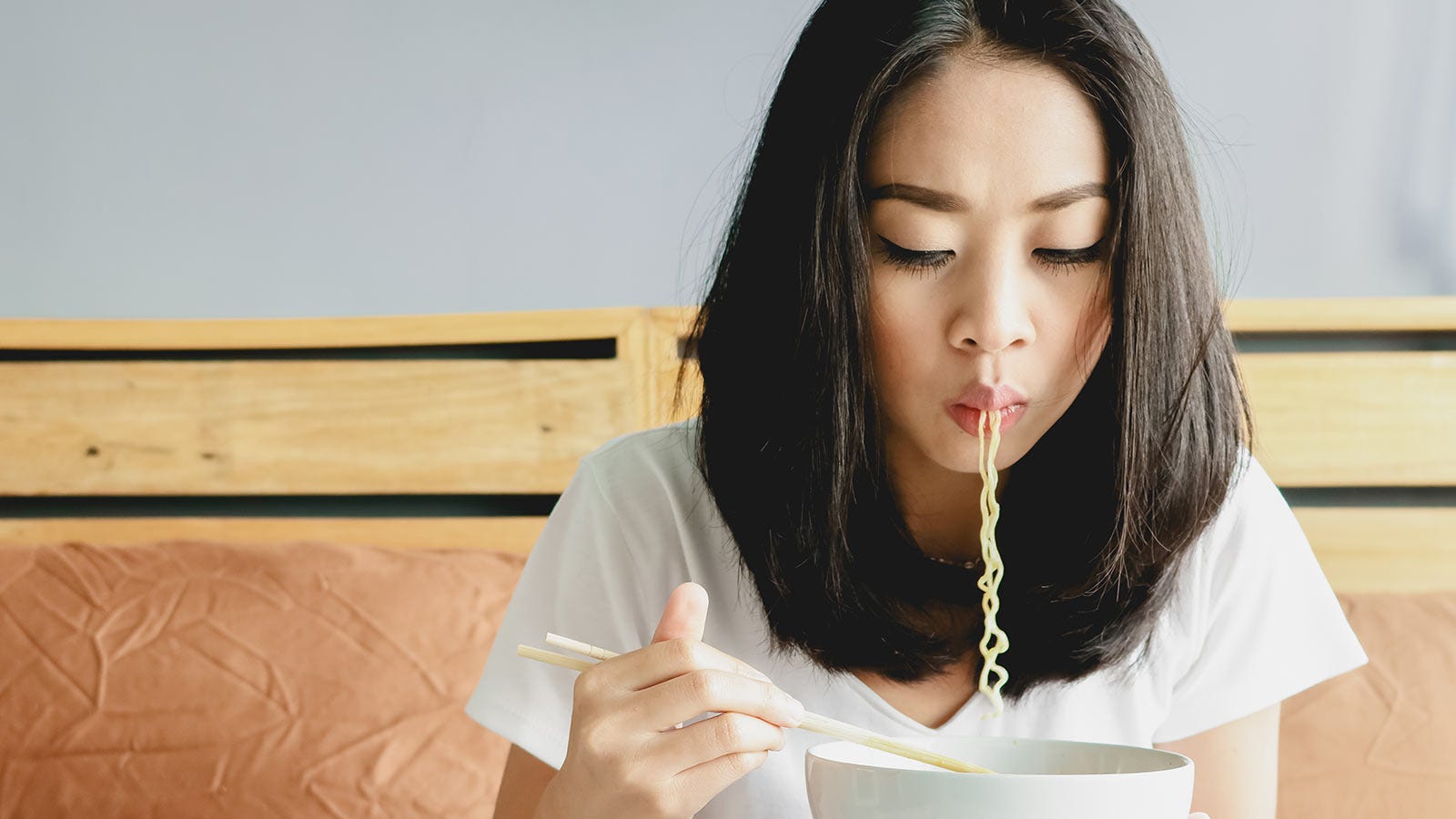