Over the years, there’s been an ongoing debate between Red Vines and Twizzlers. Which one tastes better? And are they really that different?

These licorice candies have several differences, including flavor, amount of ingredients, and texture.

Red Vines were originally named “Raspberry Vines” for their classic raspberry flavor. This sweet candy was invented in 1950, while Twizzlers were created in the ’70s. Twizzlers are known for having more of a strawberry flavor.

Another big difference between the candies is their ingredients. Both licorice brands have corn syrup, wheat flour, and red 40, but Twizzlers has more than double the ingredients of Red Vines. This information has led to some Red Vines fans claiming their candy is healthier, but they only have five fewer calories than Twizzlers.

Enjoy a two-pack of this classic candy.

Texture is another distinction between the two. While Twizzlers are described as being sticky and chewy, Red Vines are considered waxy and hollow—perfect for transforming into a candy straw.

The flavor, ingredients, and texture all contribute to the battle between Red Vines and Twizzlers. No matter which side of the fence you’re on, we can all agree that these candies are a delicious treat for any licorice lover.

Speaking of similar sweet treats, have you ever wondered about the difference between jam and jelly? 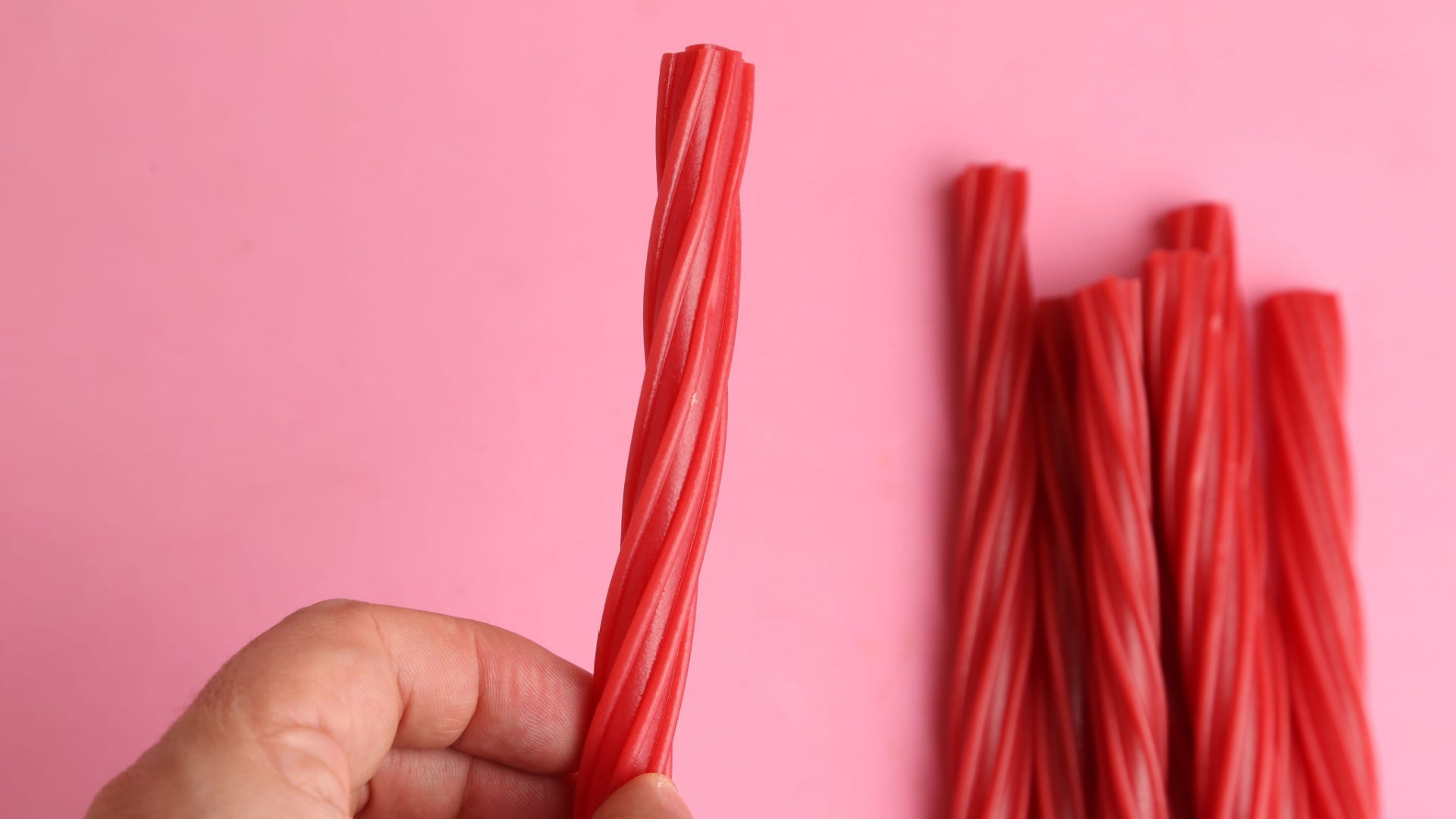 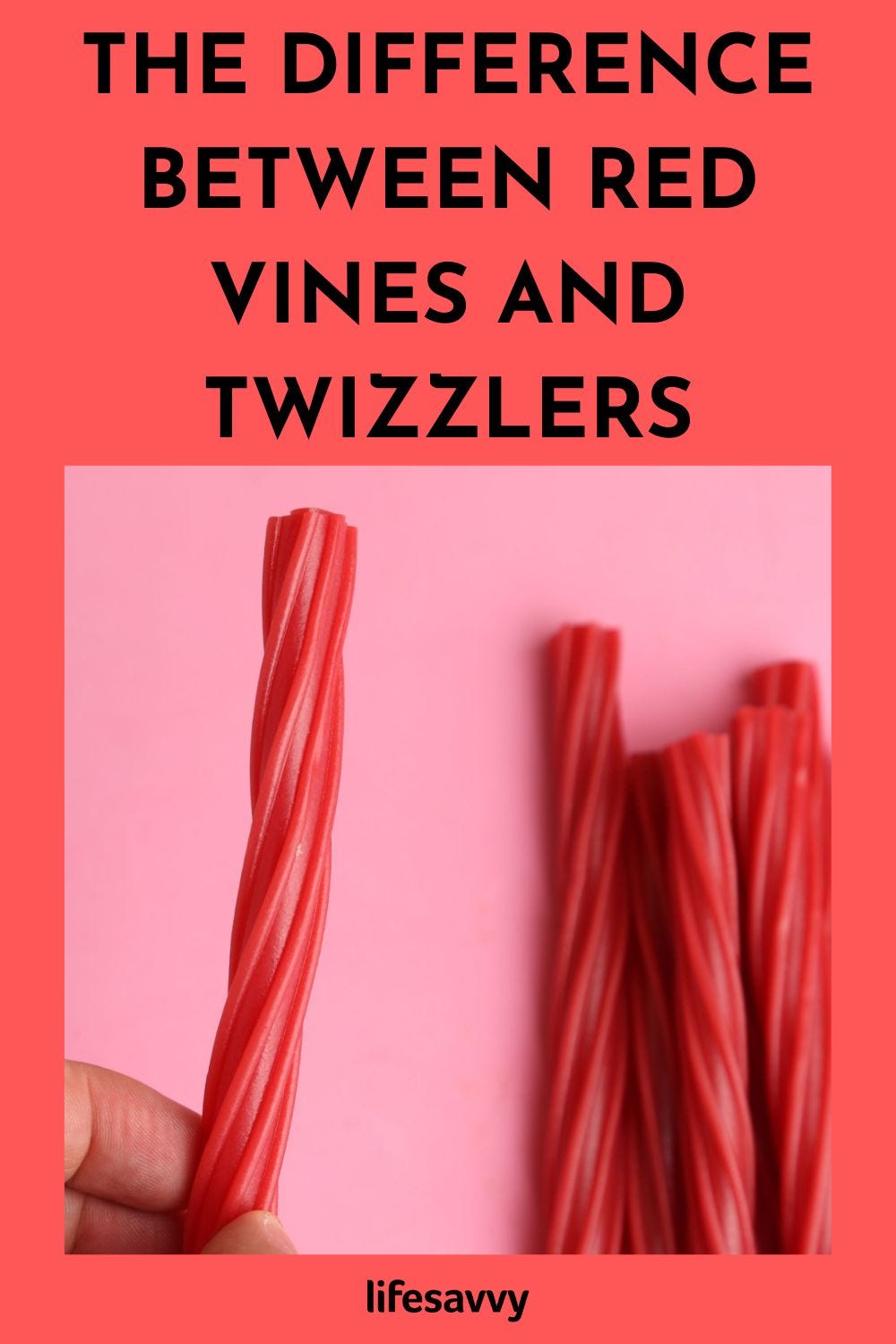