If you’re a dedicated Costco shopper, you probably know the bulk-buying giant has cult classic finds. This year, the retailer appears to be adding another to the list thanks to a jacket.

There’s a fleece Columbia jacket at Costco that’s currently blowing up TikTok, and with an affordable price tag and cozy look, it’s not shocking why it’s skyrocketing in popularity.

The jacket in question—designed by Columbia but sold at Costco—features a pullover design with a half-zipper at the neckline. It’s made from two coordinating shades of sherpa fleece (and comes in three different color options) and features a waterproof pocket on the chest. The best part? Despite being from a high-end brand, it’s only $39.99.

RELATEDHow to Tell If a Costco Item Is on Sale

Content creators like @madlyreveka are telling followers to run to Costco to get the jacket, and @lookwhoshira showcased it as one of her favorite Costco releases for fall. Here’s the problem, though. The jacket only appears to be available in stores, and thanks to its viral status, they’re selling out. For those who can’t seem to spot it and those who don’t have a Costco membership at all, the newly minted viral find is out of reach.

There is, however, an alternative. You can snag the Kaywide Women’s Fuzzy Fleece Pullover on Amazon for under $35. Yes, it’s cheaper! And while the jacket doesn’t feature the two-tone look, it is made from a similar sherpa fleece material, has a two-sided pocket at the base, a zippered chest pocket, and a half button neckline. Not bad, right?

Costco out of stock? Snag this jacket.

If your Costco is woefully out of stock of the viral Columbia jacket, don’t worry. There are alternatives to shop. 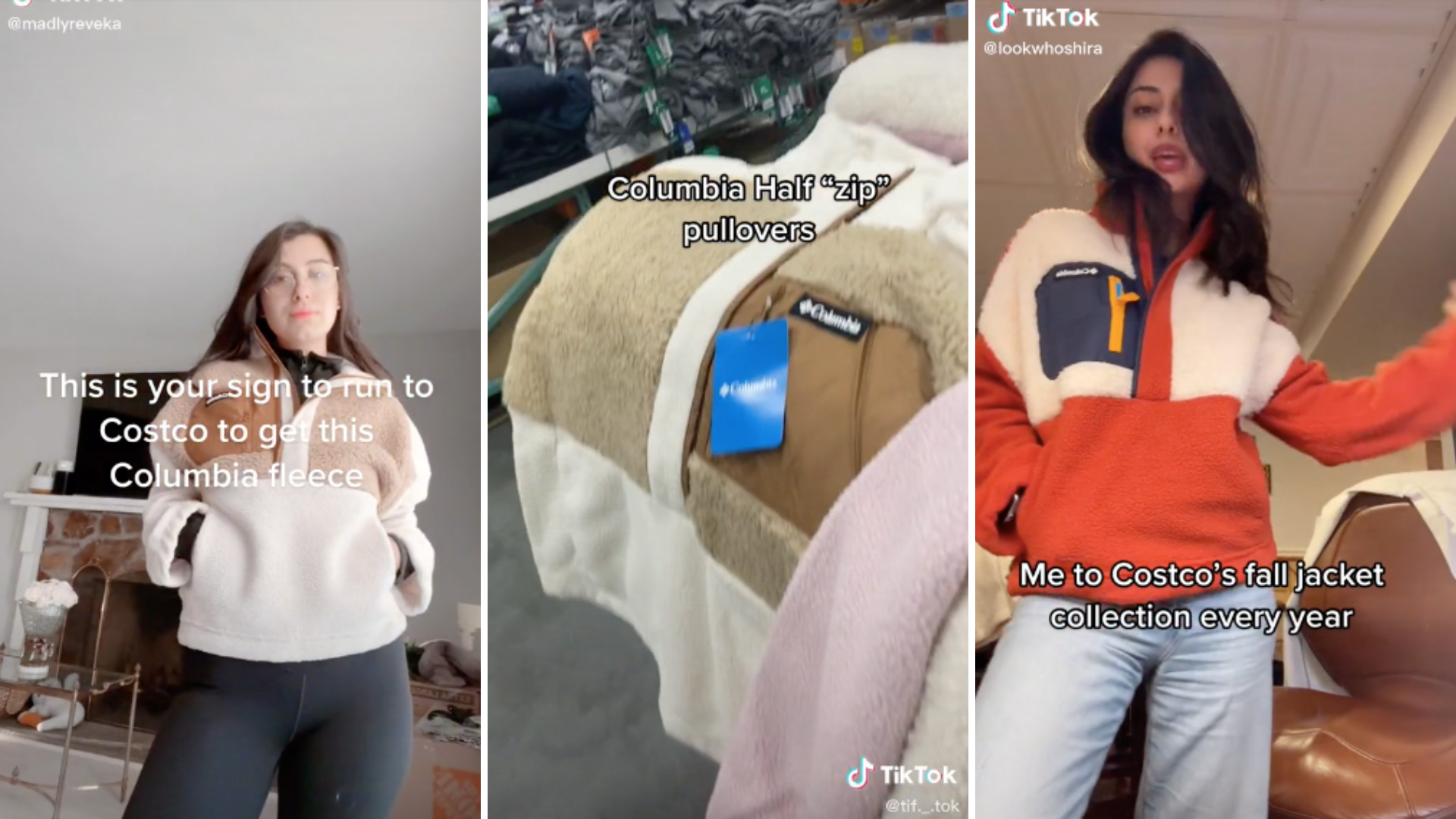