According to those who can’t live without it, apple cider vinegar seems to help with everything from your digestive system and blood sugar levels to inflammation and even your skin.

But what is apple cider vinegar and is it really that good for you?

What Is Apple Cider Vinegar?

RELATEDWhat's the Difference Between Apple Cider and Apple Juice

Apple cider vinegar is a byproduct of fermenting apples and it seems to trace back thousands and thousands of years. It’s made by exposing apples to yeast which helps ferment the natural sugars found in apple juice, turning them into molecules of alcohol.

Further exposure to bacteria turns alcohol into acetic acid which results in a powerful bacterial buildup called the “mother”. This “mother” is actually a combination of Acetobacter aceti bacteria, cellulose and enzymes. The bacteria is actually a probiotic that helps feed your gut microbiome and improve your gut health, and that’s why when you’re buying apple cider vinegar in the store, go for the one with the “mother.”

The last step in making apple cider vinegar includes adding pure water to dilute this strong acid to 5% so that it’s not harmful to your enamel and digestive tract.

The best quality apple cider vinegar on the market.

What Are Apple Cider Vinegar’s Benefits?

RELATEDHot, Cold, or Spiked: 7 Apple Cider Recipes to Enjoy This Fall
The benefits of apple cider vinegar have been known for quite some time and there are legends that say how Hannibal of Carthage used it in battle and Hippocrates, one of the most renowned ancient Greek physicians, used to prescribe it to clean wounds. Whether any of that is true or not, it doesn’t actually matter if the science doesn’t agree. Luckily, it does.

Studies show how apple cider vinegar has a positive effect on lowering blood sugar levels and improving insulin sensitivity. This is particularly important for those diagnosed with type 2 diabetes, obesity, or any other health condition that involves chronic inflammation and insulin resistance.

This apple byproduct also seems to have a positive impact on lowering blood pressure, helping improve your cardiovascular health and preventing disease, as well as improving skin health, helping improve symptoms of atopic dermatitis and eczema.

If you can't stand the taste of apple cider vinegar, these capsules are for you.

How Do You Use Apple Cider Vinegar?

RELATEDDoes Vinegar Ever Go Bad?
Those who have hopped on the apple cider vinegar train the minute it got popular like to take it as a shot either in the morning or before their meals. The studies that showcase its positive impact on blood sugar levels recommend you take a shot before your meals, especially the ones containing carbohydrates that might potentially spike your glucose.

They usually go for two tablespoons and mix it with water or lemon water and simply drink up before a high-carb meal. Apple cider vinegar is still vinegar and it tastes pretty strong, so for those who want the benefits of taking it without the potent shot, there are plenty of supplements on the market. And recently, the most popular apple cider vinegar supplements come in the form of gummies.

The experts at Goli Nutrition have a patented formula that has been “carefully crafted with vitamins B9 and B12, essential nutrients that help support overall good health and wellbeing.”

When compared to other brands, the Goli team said that their “Apple Cider Vinegar Gummies are infused with a delicious flavor so you can taste the apple, not the vinegar.”

Additionally, there are other popular apple cider vinegar supplement companies like Pius Nature, Paleo Valley, and Nature’s Bounty that developed unique formulas containing additional immune-boosting and health-promoting ingredients such as curcumin and ginger.

When it comes to actual raw apple cider vinegar, Bragg is the most popular brand on the market and they even offer little 2 oz shots you can conveniently take no matter where you are.

Are There Apple Cider Vinegar Risks?

RELATED8 Foods to Help Reduce Bloating
Just like with everything else, there’s always a possibility of something not agreeing with your digestive system and not being the best for you. Everyone’s gut microbiome is completely different and while some foods might work for you, it doesn’t mean they work for your best friend and vice versa.

There are also some mentions of throat burns and even skin burns, but they were tied to very specific cases. In addition to the unpleasant symptoms, as apple cider vinegar is an appetite suppressant, it might lead to a reduction of calories which might not be your fitness and health goal, and have you lose more weight than you intended.

All this being said, most of these symptoms aren’t common and can usually be avoided if the apple cider vinegar is taken in moderation and according to the manufacturer’s and your doctor’s recommendation.

When asked about how many ACV gummies should one take, the Goli® team said “It is important to read the label and follow the recommended dose.”

If you’re uncertain of what dose is best for you and whether you should take a shot before every meal or just a high-carb one, consult with your doctor and make sure it’s the right call for your health condition as it might interact with certain medications.

Tasty and healthy, great addition to your daily diet.

Apple cider vinegar definitely has its benefits and during the fall season, you’re probably more inclined to drink apple cider anyway. Still, for those days when you’re craving something equally delicious, check these 10 non-alcoholic alternatives. 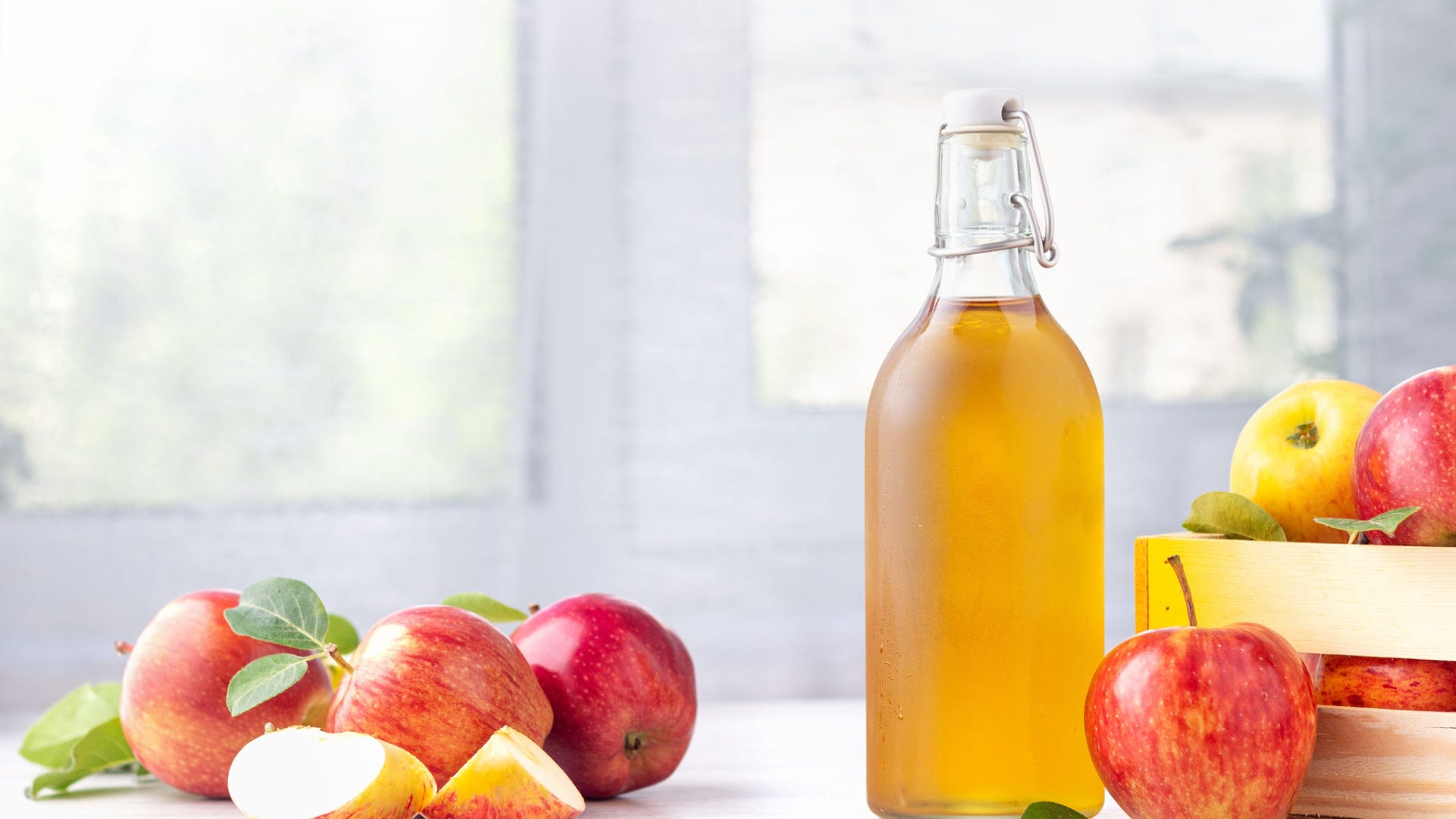 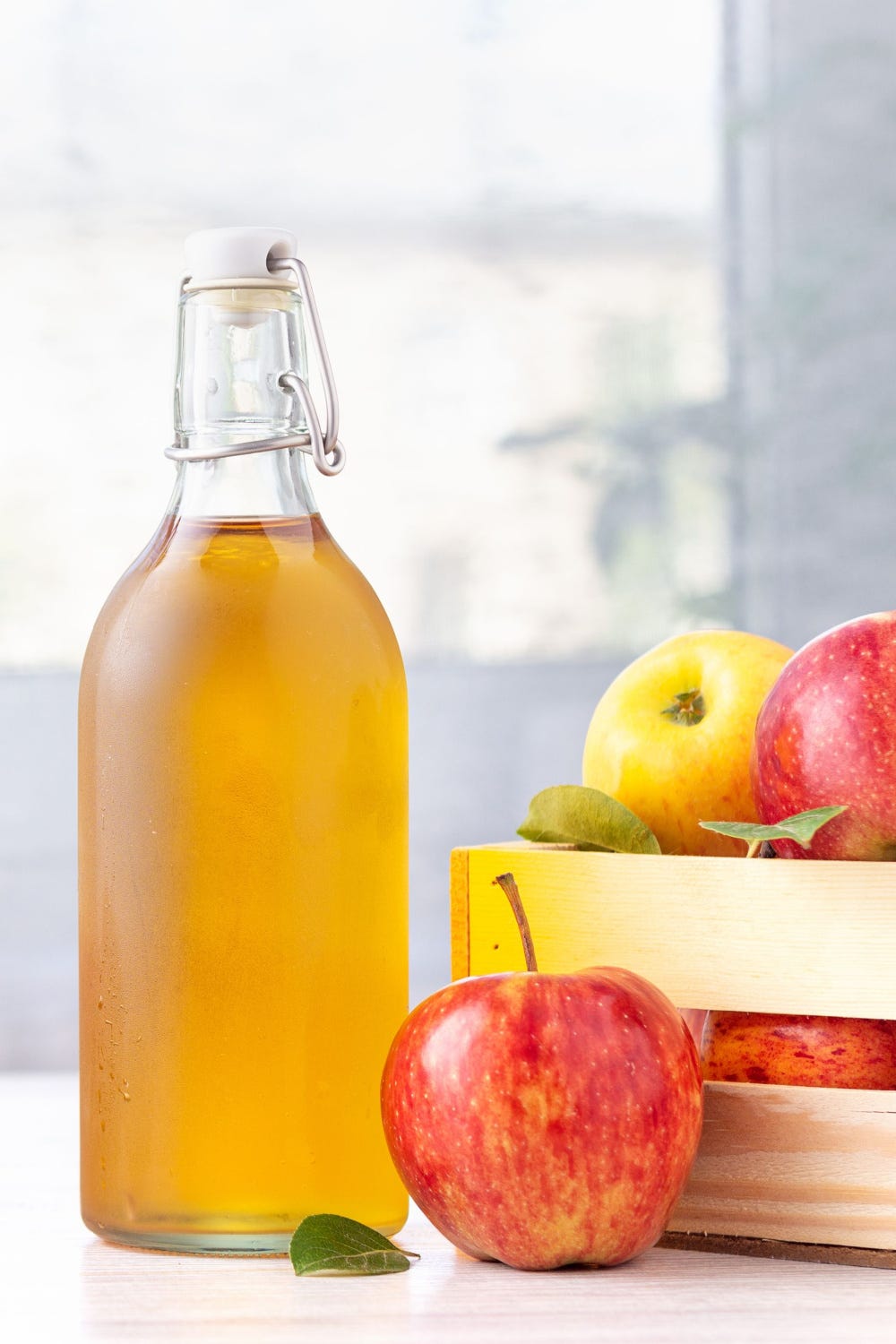