Ever heard of einkorn, farro, or Kamut? (No, we’re not speaking a new language.) These ancient grains have a list of benefits as long as their time lines, making them words you’ll want to remember. Let’s look at some ways you can incorporate ancient grains into your meals and make them a whole lot healthier.

What Is an Ancient Grain?

The term “ancient grain” is a bit of a misnomer. Technically, all grains are ancient. Typically, though, this isn’t referring to today’s whole wheat. Rather, it’s defined as grains that have been mostly untouched since humans began cultivating them.

This means there are no genetic alterations, as there have been with modern wheat. That can make ancient grains harder to grow in mass quantities, leading to an expensive price tag. It also means they’re typically sold with minimal processing, so it can take longer to prepare them at home.

Still, despite the potential for higher prices and longer prep time, ancient grains are gaining in popularity. Teff, einkorn, and amaranth require few (if any) pesticides, as well as less watering and less fertilizer. This makes their carbon footprints much smaller than their whole wheat cousins.

Plus, as more people reduce their meat consumption in favor of plant-based foods, ancient grains provide some variety, both in flavor and nutrient content.

There are many ancient grains out there—everything from barley to wild rice can claim the title. However, some are more approachable than others.

We’ve selected five favorites for you to try. They’re easy to find online or in health food stores, and each of them have benefits you won’t find in plain whole wheat.

This ancient grain was first cultivated by the Aztecs and is still fairly common in Mexico. You can also find it in the U.S. It’s grown commercially in small quantities and can be found in the wild throughout Nebraska and other plains states, where it’s commonly referred to as pigweed.

When it comes to nutrients, amaranth is a powerhouse. It’s also high in lysine, an amino acid that’s uncommon in grains. It contains large amounts of magnesium, phosphorus, and potassium compared to whole wheat. Amaranth is also gluten-free, making it perfect for those who have food allergies.

From creamy breakfasts to a popcorn-like treat, amaranth is worth including in your diet.

Now that you know what it is, and why it’s good for you, how do you eat it?

Amaranth can be popped like popcorn. Simply place a few tablespoons on a dry skillet and cook it over medium heat. Shake the skillet gently until the grains have all popped.

You can also boil it and sweeten it with honey to form candy-like treats, or serve it warm in syrup-laced milk for a new take on breakfast.

Get the Recipe: Epicurious, Amaranth with Walnuts and Honey

Farro has been cultivated in the Middle East and Italy for centuries. It’s well regarded for its cashew-like flavor, which complements everything from risotto to a breakfast bowl. It’s also high in nutrients, like zinc, magnesium, and Vitamin E.

It comes in pearled, semi-pearled, and whole. The semi-pearled and whole contain part or all of the bran, which is where the nutrients are plentifully stored. So, from a health perspective, those are the kind you should seek out.

From a cooking and convenience perspective, though, the pearled is the easiest to work with. It also has the shortest cooking time. Whole farro must be soaked overnight if it’s ever going to soften. Even then, it takes a long time to cook the following day.

Semi-pearled offers the best compromise, as it allows you to skip the overnight bath, while still offering diners plenty of nutrients.

Get the Recipe: Food 52, Farro Risotto

A staple in Ethiopia, teff is small and fine, like a poppy seed. It isn’t used in its whole form the way farro or amaranth are. Rather, it’s ground into flour and used to make a variety of breads and baked goods.

On top of the nutty flavor, teff is packed with calcium and iron.

Teff is known in the health world for its astounding calcium content. It’s nowhere near what milk or dairy products provide, but it’s far higher than any other grain. It’s also gluten-free and mainly made of resistant starch, which has been shown to help regulate blood sugar.

That means baking cookies with teff flour is essentially guilt-free! The nutty flavor complements peanut butter cookies perfectly, so we recommend starting there.

Einkorn is increasingly popular due to its similarities to regular wheat flour. If a baker knows what she’s doing, it’ll be hard to tell whether your morning toast was made with traditional wheat or this ancient grain.

Einkorn is an ancient, unhybridized form of wheat. It'll give your homemade bread a truly old-school taste.

It’s not gluten-free, but it does seem to go over well with those who have wheat sensitivities. While the reason for this isn’t fully known, einkorn does contain less of the higher-molecular-weight proteins some find hard to digest.

Plus, einkorn has far more protein than traditional flours, and a large amount of B vitamins.

Want to give it a spin in a familiar format? Check out the sandwich bread recipe below and enjoy this ancient grain for lunch.

Get the Recipe: A Modern Homestead, Einkorn Sandwich Bread

Technically, Kamut is the brand-name for Khorasan wheat. However, the terms have become more or less synonymous on today’s ancient-grain scene. Like einkorn, Kamut isn’t gluten-free, but still seems to work for those who have sensitivities to modern wheat.

Buying your Kamut pre-ground is a great way to easily incorporate it into your baking.

Like other ancient grains, Kamut is also high in protein, fiber, and B vitamins. It’s touted as being extra diverse in polyphenols, which means it’s also rich in antioxidants.

Again, though, most people love it due to its similarities to regular wheat flour. Cornbread, dinner rolls, and cookies are all possible with this ancient grain. 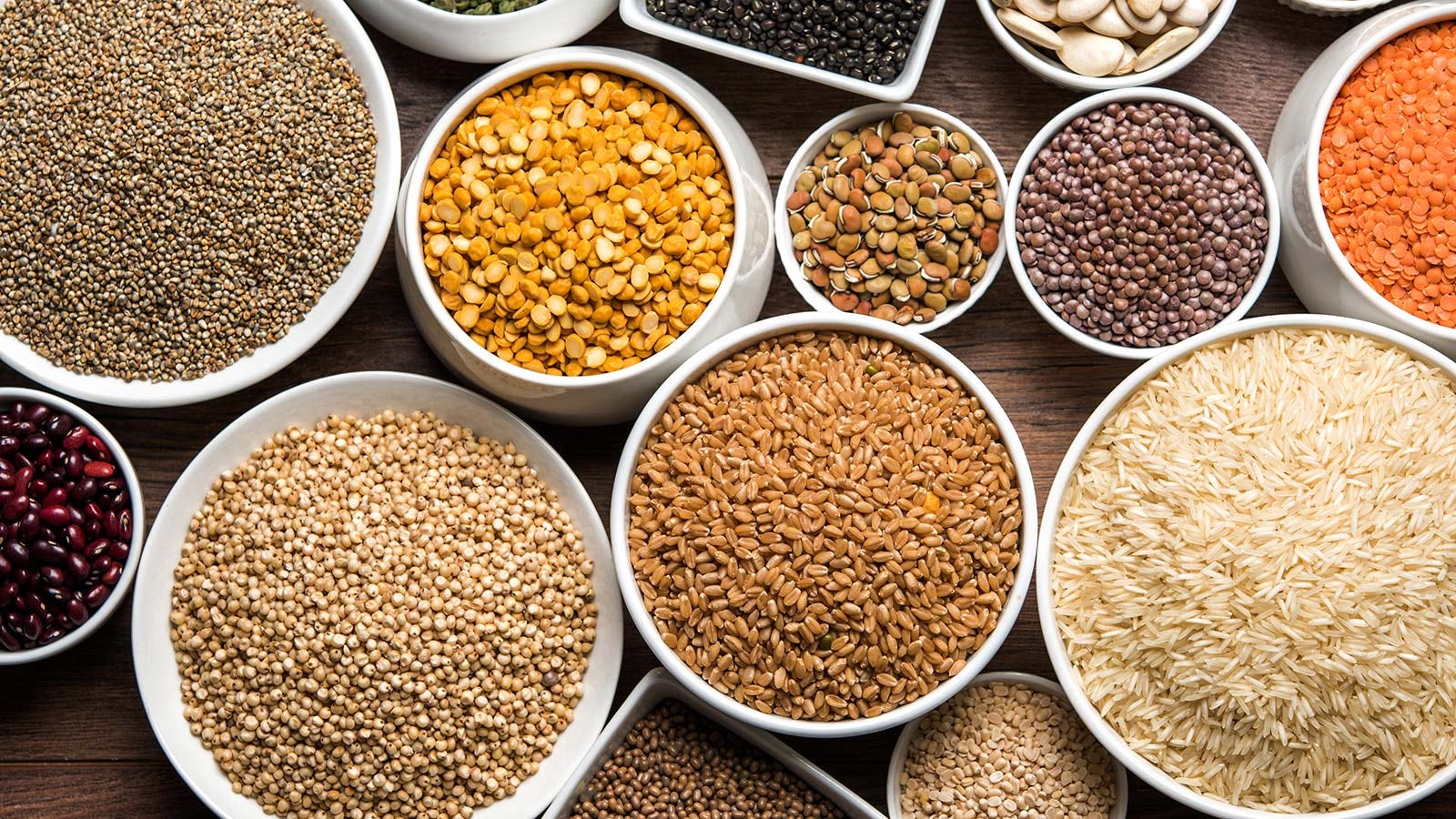