Baking soda and baking powder are two ingredients you probably have in your pantry right now. They are often used in baking and have a similar consistency, but are rarely used interchangeably in recipes. While their differences are subtle, they are important to know.

Are Baking Soda and Baking Powder the Same?

Baking soda and baking powder are not the same. Baking soda is pure sodium bicarbonate, which is a chemical compound that creates carbon dioxide gas when it is mixed with an acid.

Baking powder, on the other hand, is a mixture of sodium bicarbonate and an acid. This means that baking powder does not require an acid to create carbon dioxide because the acid is already in the mixture.

Both baking soda and baking powder are leavening agents, which means they cause things like breads and cakes to rise. But because they require different components to create carbon dioxide, they cannot be used interchangeably.

What is Baking Soda?

Baking soda is sodium bicarbonate. When it comes in contact with an acidic ingredient, like yogurt or lemon juice, it releases carbon dioxide gas. This gas helps to leaven baked goods, giving them a light and fluffy consistency.

Sodium bicarbonate comes from mineral deposits that are found around the world. It has been used as a leavening agent for centuries, and it is still one of the most popular leavening agents today.

In addition to being used while cooking, baking soda offers some health benefits as well. Sodium bicarbonate can neutralize stomach acid, which makes it a popular antacid to help relieve indigestion, heartburn, and acid reflux. Mayo Clinic recommends that adults don’t take more than five teaspoons of baking soda per day as an antacid. Be sure to check with your doctor before using baking soda as an antacid, as it can negatively interact with many medications.

Stock up on this well-known brand.

What is Baking Powder?

Baking powder is made up of sodium bicarbonate and an acid, such as cream of tartar. It also contains cornstarch to absorb moisture and prevent caking. When wet ingredients are added to baking powder, the acid reacts with the sodium bicarbonate to release carbon dioxide gas. This gas helps leaven baked goods.

This large bag will last you ages.

How to Use Baking Soda

Baking soda is an incredibly useful ingredient for both cooking and cleaning. Here’s how to get the most use from it.

Baking soda is also an integral ingredient for making bagels and soft pretzels. Adding baking soda to water and boiling the dough for a few minutes before baking gives these treats their iconic chewy texture.

Add a pinch of baking soda to a pot of beans to help them cook faster or rub some on a steak to help tenderize it before cooking. Cooking potatoes in water with baking soda can also help produce super crispy potatoes when they’re baked afterward.

Baking soda can also be used as a cleaning agent. It’s great for scrubbing pots and pans, getting rid of stains, and freshening up carpets.

This ingredient is great for deep cleaning without being too abrasive. Sprinkle some on a sponge and use it with your normal cleaning products to clean sinks, bathtubs, toilets, and other parts of the home with stubborn residue.

Scrub stubborn grime off your dishes with coffee grounds and a basic sponge.

To make your own nontoxic cleaner, mix baking soda with vinegar and water to use on most surfaces. If you can’t stand the smell of vinegar, baking soda mixed with hydrogen peroxide also makes a good all-purpose cleaner. For areas you can thoroughly rinse with water, mix this ingredient with dish soap for a foamy cleanser that cuts through grease and grime.

How to Use Baking Powder

Baking powder is most commonly used in baking. It’s a leavening agent that helps baked goods rise. To use baking powder, add it to the recipe as directed. Baking powder is often used in recipes that don’t contain an acid, such as pancakes or biscuits.

You probably own both baking soda and baking powder, but do you know the difference between the two? Here’s what you need to know about cooking and cleaning with these similar, but distinct, ingredients. 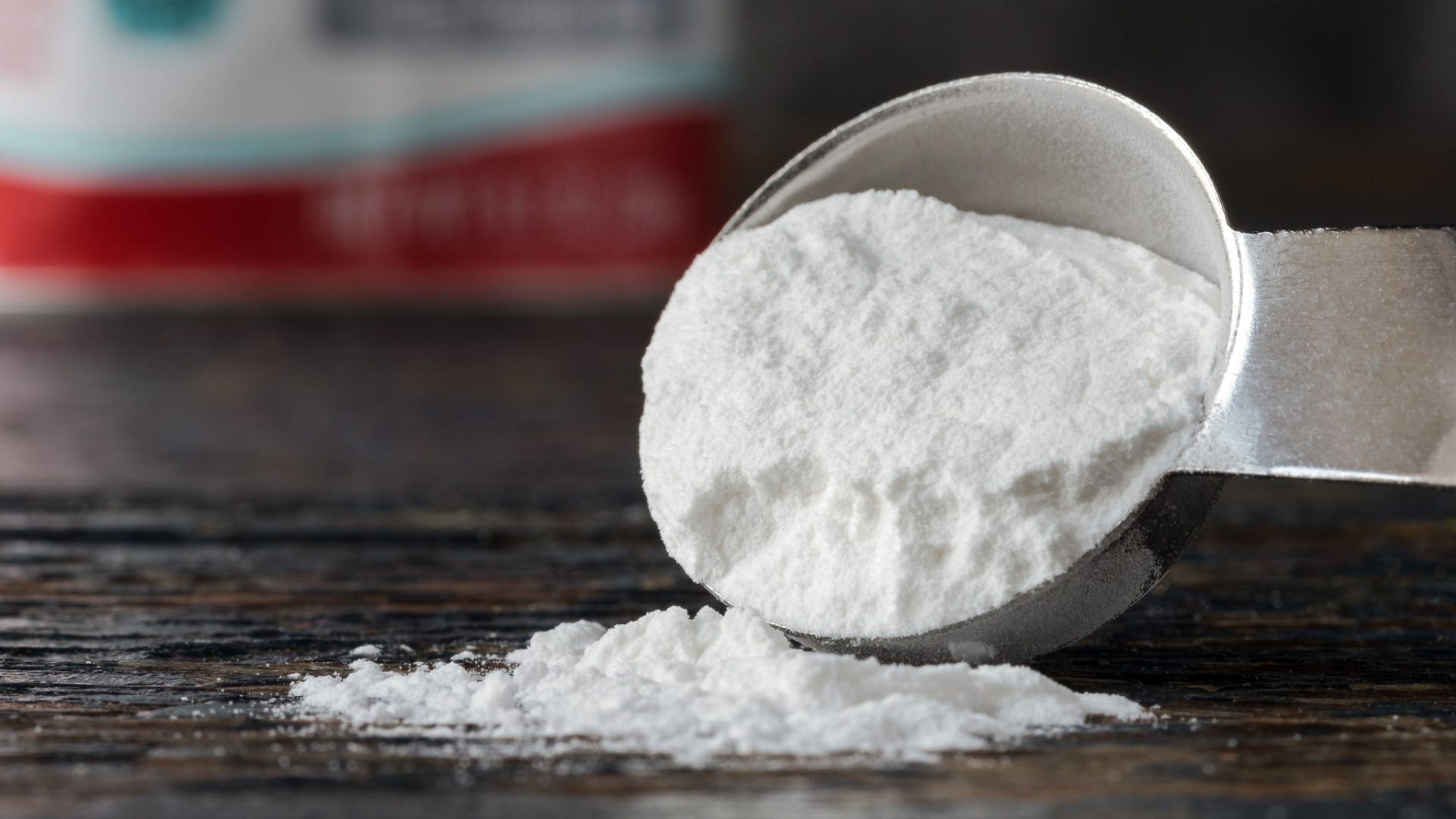 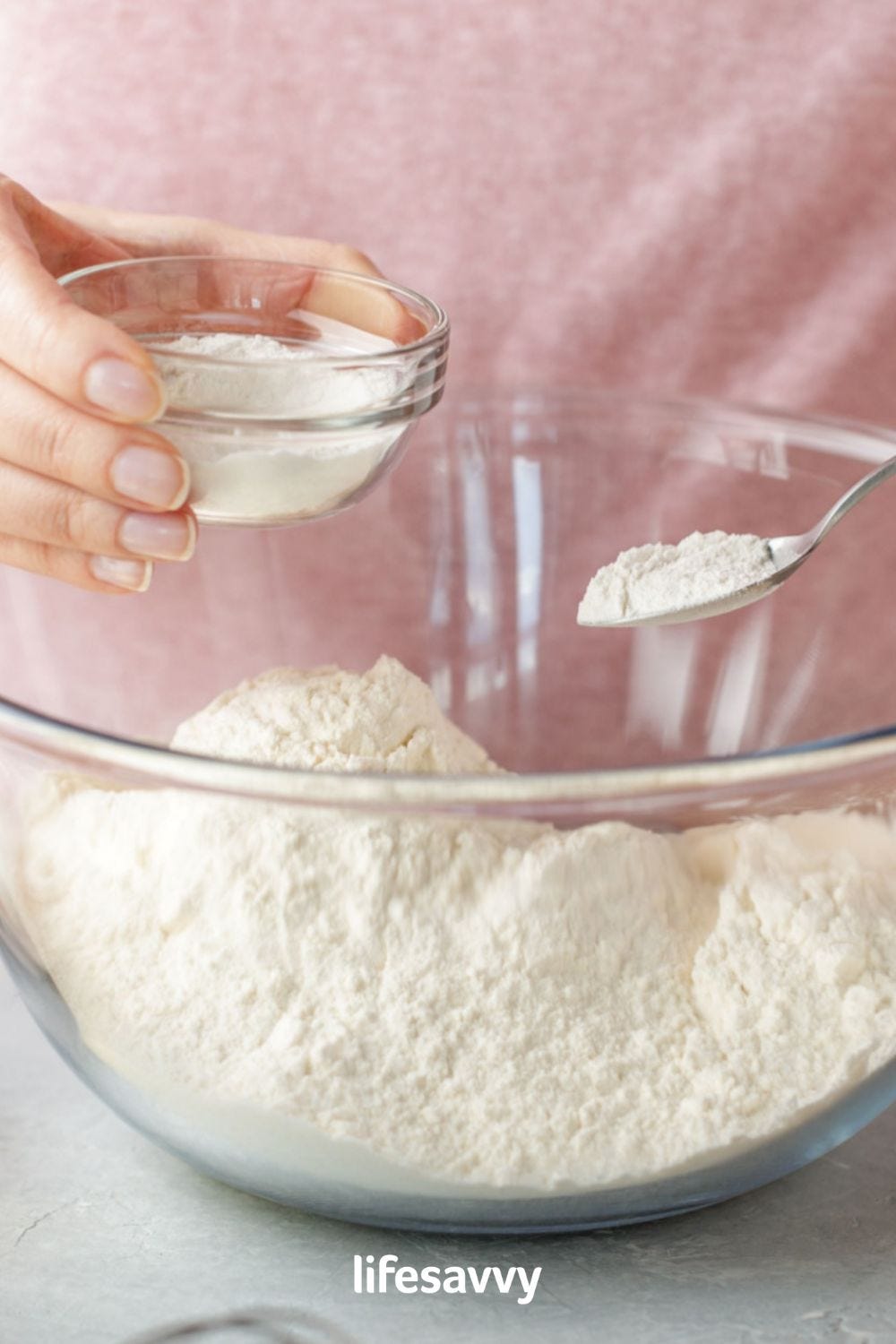