For decades, there’s been an ongoing feud about stuffing versus dressing. Which one is better? Are they actually the same Thanksgiving side dish or different?

While stuffing and dressing are essentially the same, there are some differences that set them apart, but mostly, it just depends on where you live.

The side dish’s moniker—stuffing or dressing—comes down to geography (for the most part). States in the South and on the East Coast prefer to call it dressing. Meanwhile, those on the West Coast and most northern states proudly call it stuffing. Some states, though, have another name entirely. For example, in Pennsylvania, some residents call the dish “filling.”

Bake and store your stuffing or dressing in a beautiful casserole dish.

Outside of location, the biggest difference is in the names themselves. Stuffing is, well, a food designed to be stuffed inside another (like a turkey). On the other hand, dressing is a food that’s cooked outside of the turkey cavity completely. As for ingredients, both dressing and stuffing tend to include ingredients like crispy bread and cooked vegetables, so ultimately, it’s their cooking method (like if you put it inside the turkey) that truly sets them apart.

No matter what you prefer to call it, we can all agree that this delicious side dish is an excellent addition to a memorable Thanksgiving meal. If you do prefer to cook this ingredient inside your turkey, though, make sure you know how to stuff a turkey safely for a delicious and safe holiday meal. 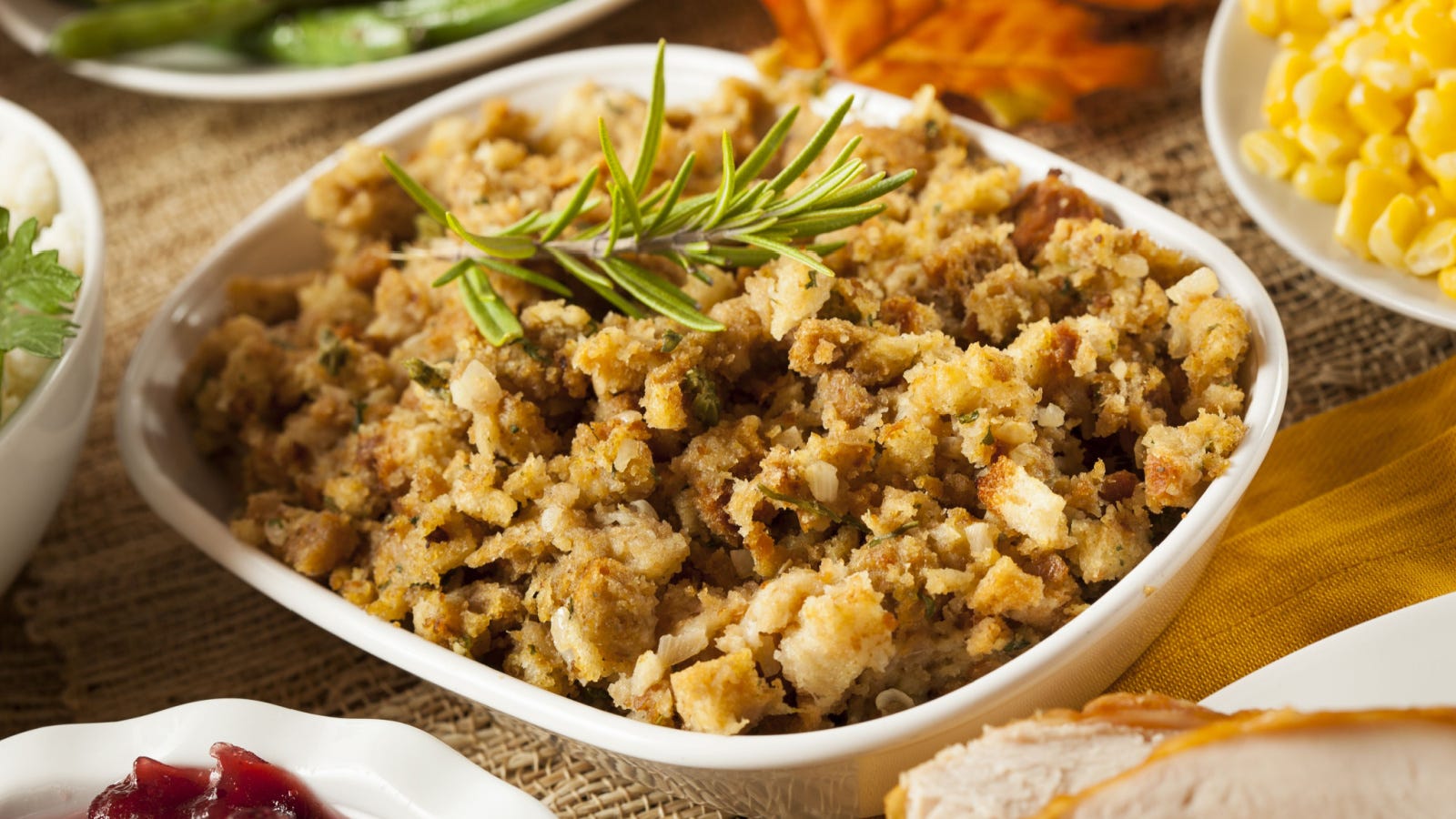