Each year, families across the nation take time to find the perfect tree (or unpack their trusty faux) before embellishing each bough with decorations galore. Ever wonder about the origins of this holiday tradition and how those shiny ornaments came to be?

From fragile glass baubles to popcorn balls and cranberry garlands, there’s a story behind each traditional ornamentation. If one particular style stands out to you, feel free to bring it back to light this Christmas season.

Well before Christianity, winter branches of spruce, fir, and pine held symbolic meaning for their part in staying green all year round. Specifically, the ancient Egyptians and early Romans used evergreen boughs to worship their gods at that time, according to The History Channel.

Eventually, that evolved into the Christmas tree we all know today. In Germany, during the Middle Ages, Christmas trees were used in celebration, with dried fruit and nuts dangling at the end of branches.

RELATEDHere's Why We Have Christmas Trees in the U.S.

As german immigrants came to the US, the tradition followed along, and communities took notice. Natural ornaments made from dried fruit, seeds, and colored popcorn were initially used to embellish branches, but all things changed once German-imported ornaments made from glass, silk, and wool came into the picture. Nowadays, every Christmas tree is decorated differently depending on who is in charge of that job.

7 Traditional Ornaments and How they Began

Today, you’ll find Christmas trees decorated with anything from hand-widdled ornaments made generations ago to gleaming store-bought string lights that make your tree shine!

Let’s take a trip back in time to see where these unique decorations originated and how they have transformed over the years.

A tradition that started in Germany and made its way to America has transformed in appearance over several years. Trees were once decorated with dried fruit and other edible decorations, believe it or not. While the reason behind using these natural foods for decor is unclear, it’s likely what was used because it’s what people had at that time.

RELATED5 Ways to Decorate Your Christmas Tree with Food

Today, some people still enjoy decorating their trees using dried fruit, as it provides a wholesome appearance at a low expense. Plus, it’s a great craft to get your kids involved with. If you’d like to bring back the ancient tradition, feel free to make orange and cranberry garland this season.

Decorate your tree with candy-themed garland!

Stringing popcorn is an affordable and fun way to celebrate the season of tree decorating, and we can all thank Germany for bringing that tradition to America too!

No time to string popcorn? Grab a few ropes of faux garland instead!

Like fruit and nuts, homemade popcorn garland was made and strung along the evergreen branches of Christmas trees. The inexpensive snack was seen as festive and used to embellish trees and doorways. Even popcorn ball ornaments can be used as ornaments.

The tradition of hanging dried fruit and popcorn on the branches of Christmas trees eventually transformed into glass ornaments. Funny enough, somewhere along the way, those decorative tree ornaments you often purchase as round baubles came in different shapes at one point.

According to Good Housekeeping, glass ornaments were produced in the shape of nuts and fruits, thanks to inventor Hans Greiner. Strangely enough, making ornamental versions of edible fruit sold well.

Eventually, tree decorating became so popular that round ornaments made from other materials came to light, and the market has continued to grow and evolve ever since.

Today we typically reach for a jumbled-up knot of Christmas lights to wrap around our trees and bring brightness. However, in the 1900s, real candles were used instead.

Bring back the tradition of candle decorating (the safe way)

According to Martha Stewart, candlesticks were bound to end bough ends of Christmas trees using wire or clips. Although the charming soft glow of each candle may have looked beautiful, the transition to lightbulbs is undoubtedly a safer alternative that we use today.

The shimmering decoration we all know as tinsel was created in the 1600s in Europe. By hammering down on some silver alloy until thin, then cutting it into strips, the long strands of shiny decor helped bring brightness to trees that people loved.

Add a little sparkle to your tree with tinsel!

In the 1600s, flickering candles set in warm homes reflected sparkling bits of light throughout the branches of the trees thanks to tinsel. Today, you can decorate your tree and enjoy the same charm with your fireplace flames.

You might think of salt dough ornaments as the ultimate kindergarten craft your kid joyously brings home from school, but believe it or not, the art of salt dough dates back to Egyptian times.

Over time, the craft gained popularity in Germany and eventually came to the US, like most other ornamental traditions. Using only flour, salt, and warm water, you can learn to handcraft your own at home.

Just keep in mind that high amounts of salt can be tempting for your housepets to snack on and can cause salt poisoning. While salt dough ornaments look harmless, they land animals to vet every year, so keep that in mind if you plan on making any.

Another long-held tradition in Christmas tree decorating is the final addition of the angel, which is added to the top of the tree. The practice comes from the original Christmas story, which celebrates the birth of Jesus.

Includes candles that light up!

Angels play a significant role in the biblical story and are placed at the tree’s highest point to symbolize that. Faith-based or not, angels look beautiful at the top of a Christmas tree, which is still commonly practiced today.

Christmas is all about tradition, and each family carries a fun way of getting into the spirit, whether decorating with dried fruit or shiny glass baubles. With so many variations, is there even a wrong way to decorate a tree? 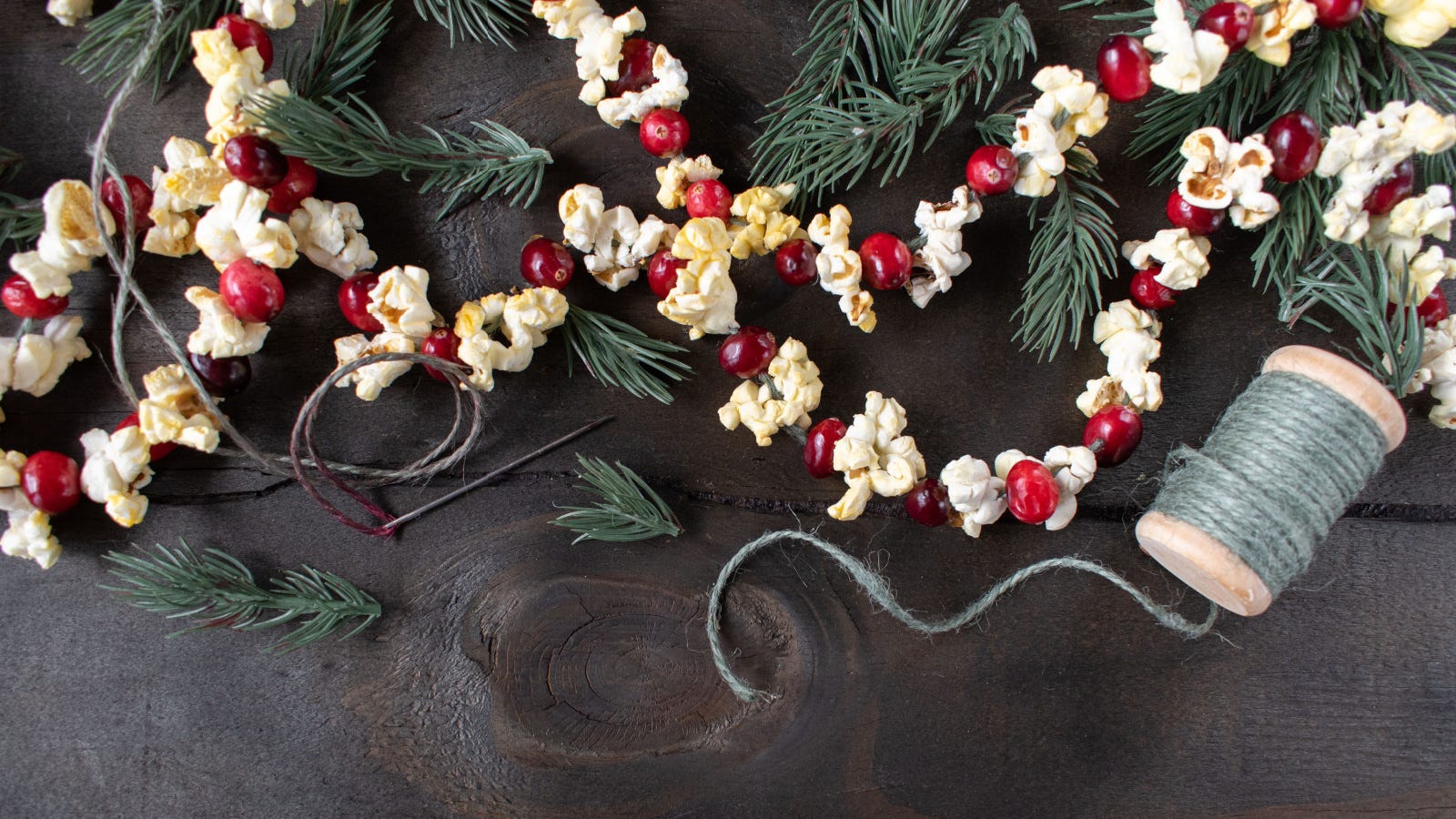 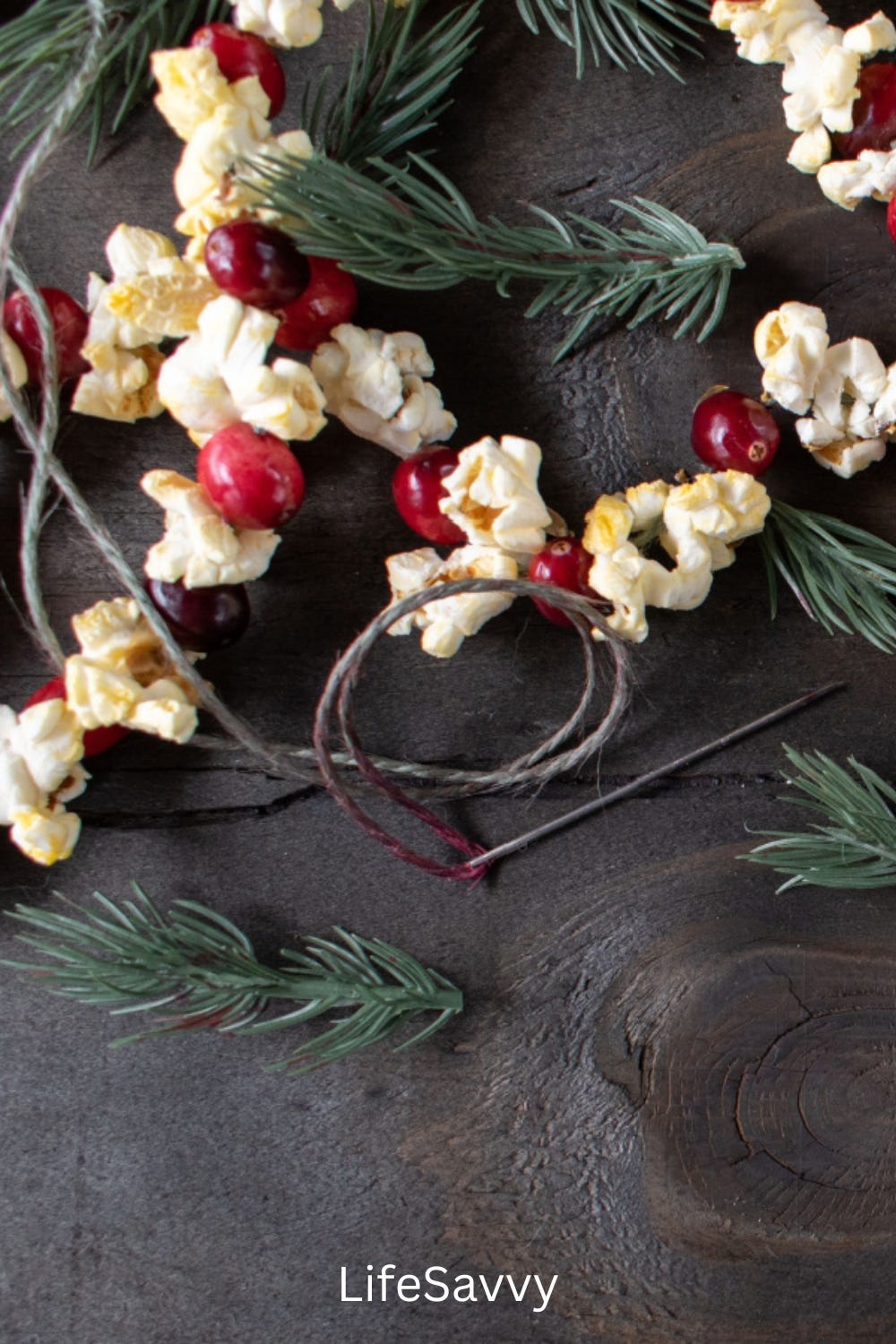