You crack open an egg, ready to scramble it up, only to notice that it’s not the yellow hue you’re used to seeing. Instead, you’ve got an orange egg yolk sitting in your bowl, so should you eat it?

Are orange egg yolks bad for you? Don’t toss it. If you’ve got orange yolks, there’s absolutely nothing wrong with the egg.

Orange yolks occur due to chickens’ diets. Birds fed foods rich in carotenoids—a yellow-orange pigment—have more orange-hued yolks. Veggies like carrots and sweet potatoes as well as fruits such as cantaloupes can all have this effect.

Separate out those yolks with a handy kitchen gadget.

RELATEDIs Organic Food Better For You? Here's What Experts Say

If you’re worried about the color being artificially added, don’t be. Dyes aren’t allowed in chicken feed, so if you see an orange yolk, it’s from a natural source. You’ll most often orange yolks in free-range birds as they tend to graze on grass which is also high in carotenoids.

When it comes to nutrition and flavor, the yolks are the exact same. There are some studies that argue orange yolks have more omega-3s and less cholesterol, and visually, having orange yolks might add a fun element to your dish, but as a general rule, you’ll get all the same nutrition and taste whether you’ve got a yellow or orange yolk.

The next time you’re making an omelet or scrambling some eggs and get an orange yolk, don’t sweat it. That yolk is perfectly fine. 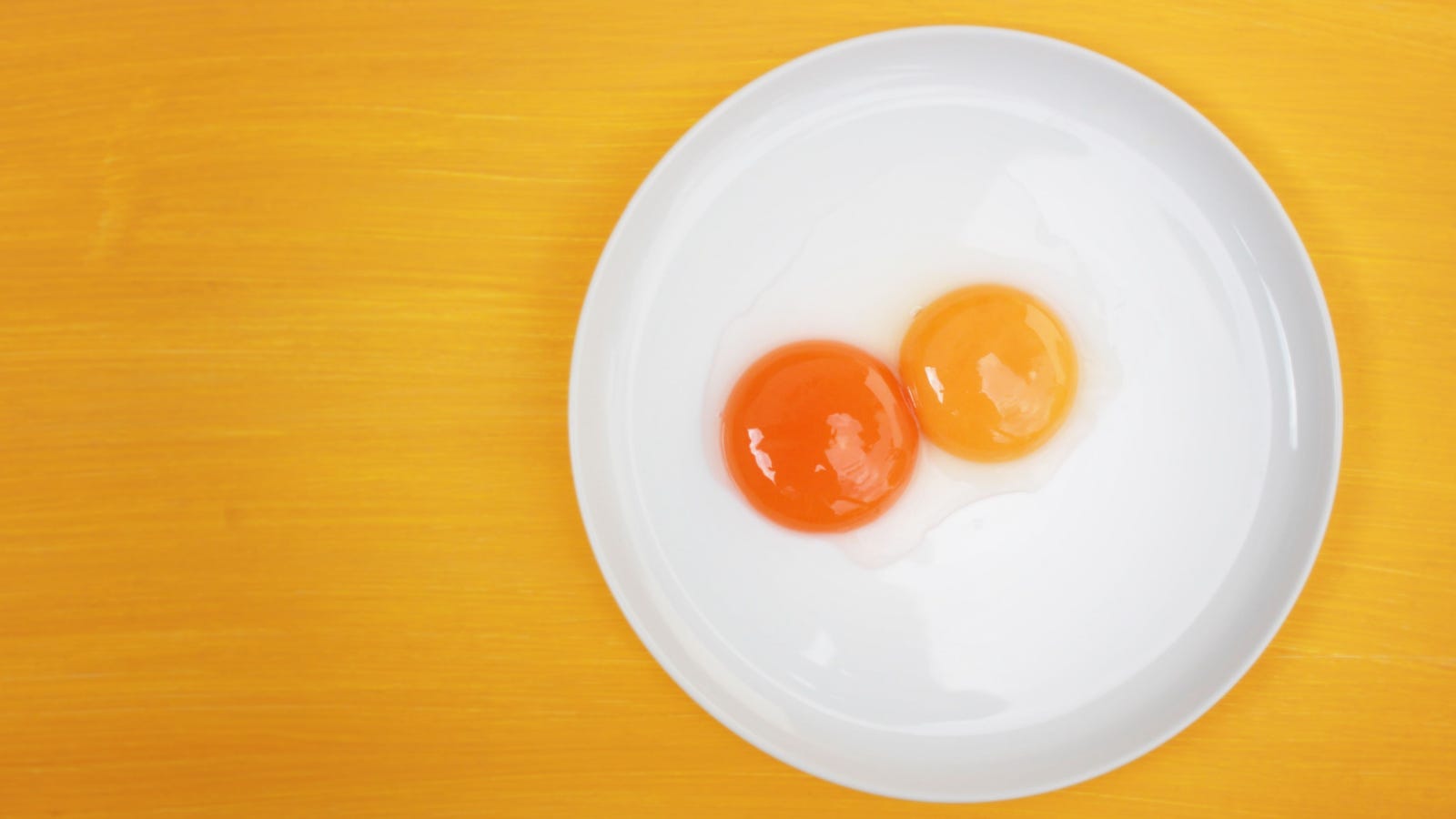 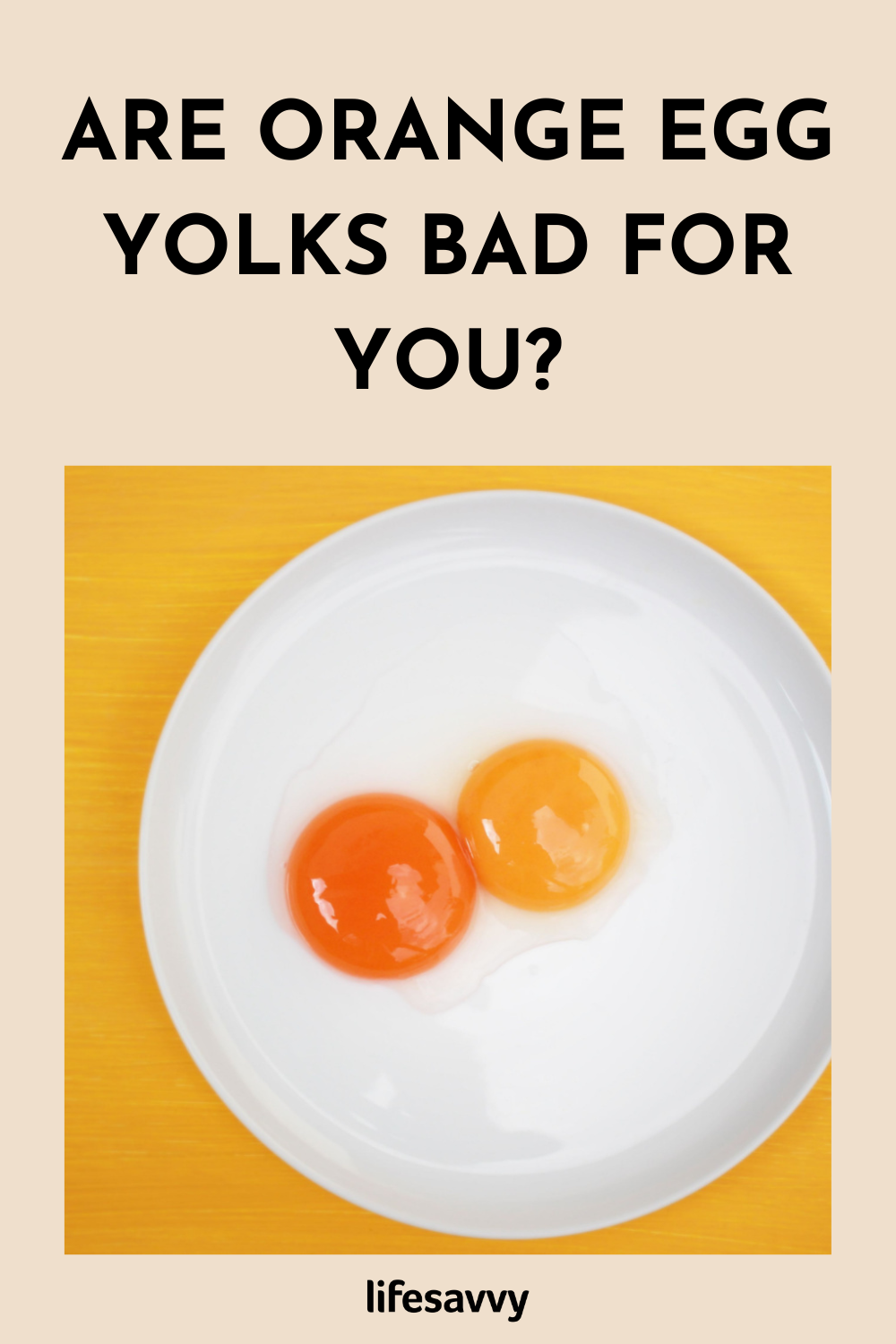