Whether you’re driving late at night, after a long holiday trip, or it’s just too early in the morning, who hasn’t felt a little drowsy in the car now and then? Rolling down the window often helps, but not for the reasons you might think.

If you ask most people why rolling the window down helps perk them up when they’re driving, they’d probably tell you the cold night air blowing across their face gives them a little boost. And sure, a little change of scenery, so to speak, helps mix up your mental landscape and might perk you up a bit (like when you turn on the radio to jolt yourself into alertness). But that’s not the primary reason opening the window suddenly wakes you back up: It’s the fresh air.

Outside your car, the level of atmospheric carbon dioxide (CO2) is around 350 parts per million (ppm). That’s the level at which our bodies and brains are the happiest and why it feels so good to get outside your stuffy office and get a breath of fresh air at lunch. Anything above 1,000 ppm can have an effect on you. Typically the first signs are yawning and a general feeling of drowsiness. Above 2,000 ppm, it’s not uncommon to feel very drowsy and get a headache. As levels rise from there, you experience increased symptoms, including more pronounced drowsiness, impaired cognition, increased heart rate, and even nausea.

When you’re in your car with the windows closed, the level of carbon dioxide in the air skyrockets in a shockingly short amount of time. How short of a time? In less than 10 minutes a car with three passengers can have a CO2 concentration of 4,500 ppm and the time to reach yawn-inducing levels of CO2 isn’t much longer even when the passenger load is decreased.

That’s why opening the window makes such a sudden and intense difference. You’re purging the very stale and very CO2-rich air and dropping the concentration in the car cabin back down to atmospheric levels. For those times that the outside conditions are too hot, cold, or damp to open the windows, however, you can rely on your car’s heating and cooling system. Just take extra care to turn off the recirculate function—the little button with the car icon and the circular arrow.

The recirculate function helps keep the temperature in your car stable by sending air inside the car through the heating and cooling system, ensuring your car has to work less to heat up the air or cool it down. The downside to that is less (or even no) fresh air is introduced into the car. So if you’re keeping the windows rolled up tight to keep the snow or scorching heat out, at least turn off the re-circulator so fresh, outside air is forced into the cabin.

When in doubt, though, even if you think you have your heating and cooling system set correctly, just open the windows to guarantee you’re getting that fresh, alertness-boosting air. 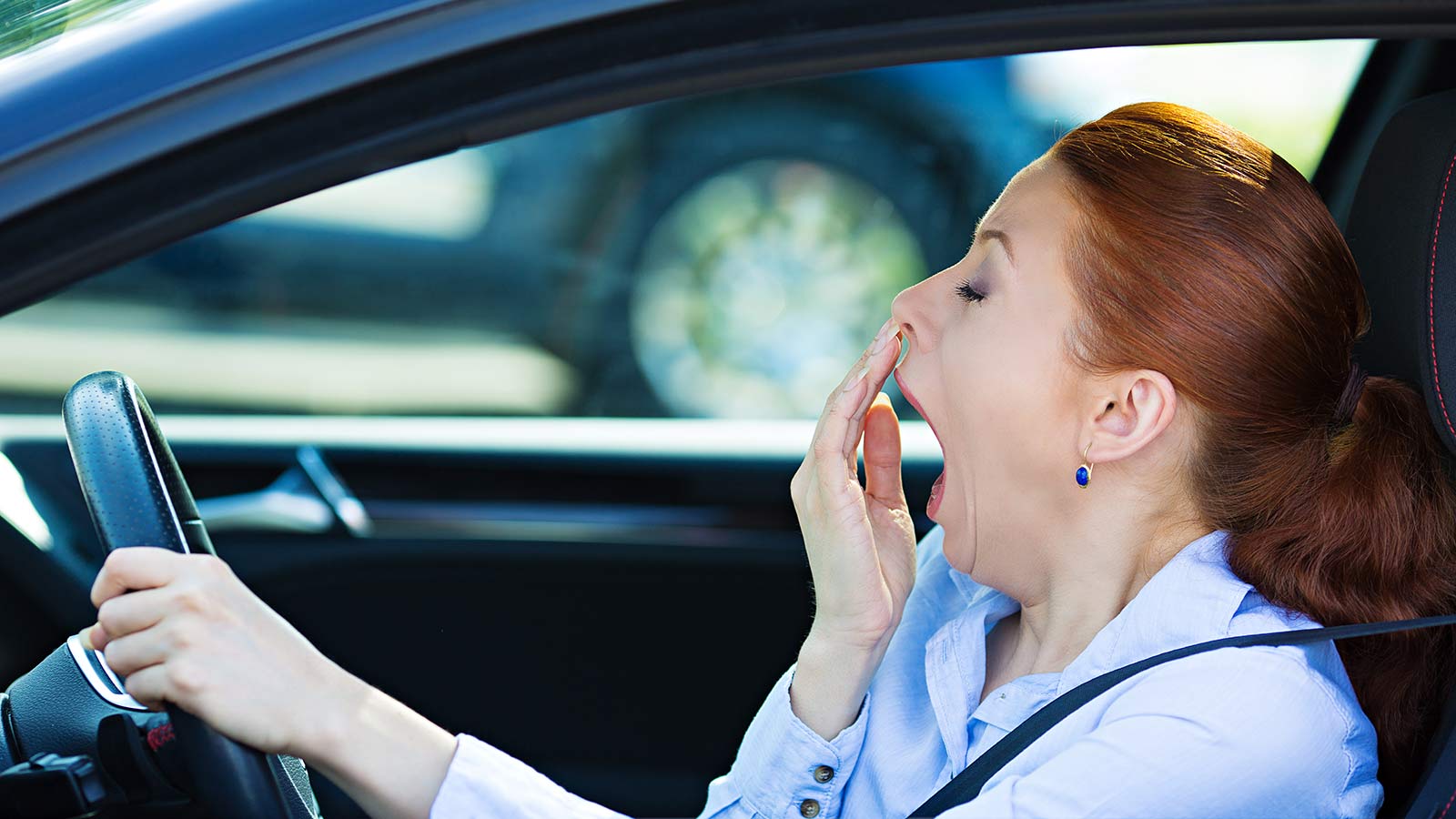