Margarine might be out-of-date, but what about the newest in plant-based spreads? With a whole host of dairy-free, perfectly vegan, but ultra-creamy butter-like substances on the market, we have to ask: What makes them so buttery? And, which ones should we try?

Julia Child once said, “With enough butter, anything is good.” And we don’t think that’s changed. But, more and more home cooks are finding their interest piqued by the new and improved plant-based butter spreads on grocery store shelves.

These new spreads can cost a pretty penny, but their producers often claim they’re full of superfoods, and many claim they’re healthier than the typical, bovine-gifted fat source. But, we’ve been burned by margarine, and its fake butter flavor before. So, we wanted to know how these plant butters differentiate from the margarine of yesteryear, and which brands are worth trying now.

What Are Plant-Based Butters?

First things first, the term plant-based butter is really a euphemism. There is next to no difference in ingredients between what was once called margarine and the plant-based butter of today. But from a marketing perspective, it made sense to give the old product a new name.

See, margarine, the fake butter of old, received a lot of bad press for its use of trans fats. The public was outraged when they realized the subpar butter product they’d been using for health purposes was actually causing heart disease, not preventing it.

Commercially made trans fats have been off the market for a while now, and the plant-based butter, or margarine, of today is trans-fat free. It’s also lower in saturated fat than real deal butter, as to be expected given the use of vegetable oils rather than animal fat.

The major difference we see between the plant-based butter on today’s shelves versus traditional margarine is in the use of trendy superfoods. Olive oil, avocado oil, and sunflower seed oil are all being used and advertised. However, when we looked at the actual ingredients, none of these plant-based options use the superfoods’ oils as the main ingredient. For the most part, that’s still left to the less expensive canola or soybean oils.

The marketing might be slightly misleading, but that doesn’t mean plant-based butters are bad. They can be a great option if you’re attempting a plant-based diet or just want to avoid all dairy products. But health professionals agree that the plant-based stuff should be used just as sparingly as real butter. Because, sure, it’s dairy-free and plant-based, but you’re not exactly eating a salad!

Buttery Brands to Watch For

Since there are many new plant-based butters on the market, we thought we’d zoom in on a couple you might want to try. The most notable, and the one to make the biggest splash, is Country Crock’s Olive Oil Plant Butter. With a prominent national ad campaign, it’s highly likely you’ve seen this one around.

Earth Balance is also making a splash with its “I Can’t Believe it’s Not Butter! It’s Vegan” plant-based product. This one, like the Country Crock option, isn’t great for baking. But, it does work well on toast, in sauces, and in soups.

Makers of both of these butter-like products claim they’re better for the environment and for your health. And, both products have been met with good reviews by taste testers. We can’t disagree. After trying both brands, we can at least conclude they’re an improvement flavor-wise over old-school margarine.

We also like that they’re less expensive than other vegan-focused brands, and you don’t need to go to a health food store to find them. But, if you really want the best in texture and flavor, you might want to try one of the brands below instead.

Miyoko’s is a specialty vegan brand that’s been making plant-based butter for some time now. Theirs is free of palm oil, and it can be used in baked goods, which is pretty amazing in itself. It’s expensive, but it’s also the most versatile. Made with coconut oil and cashews, it won’t work if you have a nut allergy, but otherwise, we like this one the best.

Wayfare Whipped is another brand to try. It’s in health stores, but it’s also found in Jewish delis as the product is both vegan and kosher. Developed by a group of dairy farmers who wanted to make a product better for the environment, this brand has the best texture by far. We wouldn’t suggest using it for baking, but on a baked potato, on toast, or with your morning pancakes, this one is a winner.

If you follow a vegan diet or simply want to avoid dairy, the new plant-based butter revolution is exciting at the least. These new products taste far better than grandma’s margarine, and some of the modern formulas even work in baked goods. They’ll never amount to the same legacy that real butter can claim, but they’re a pretty close substitute, and we think that’s worth celebrating. 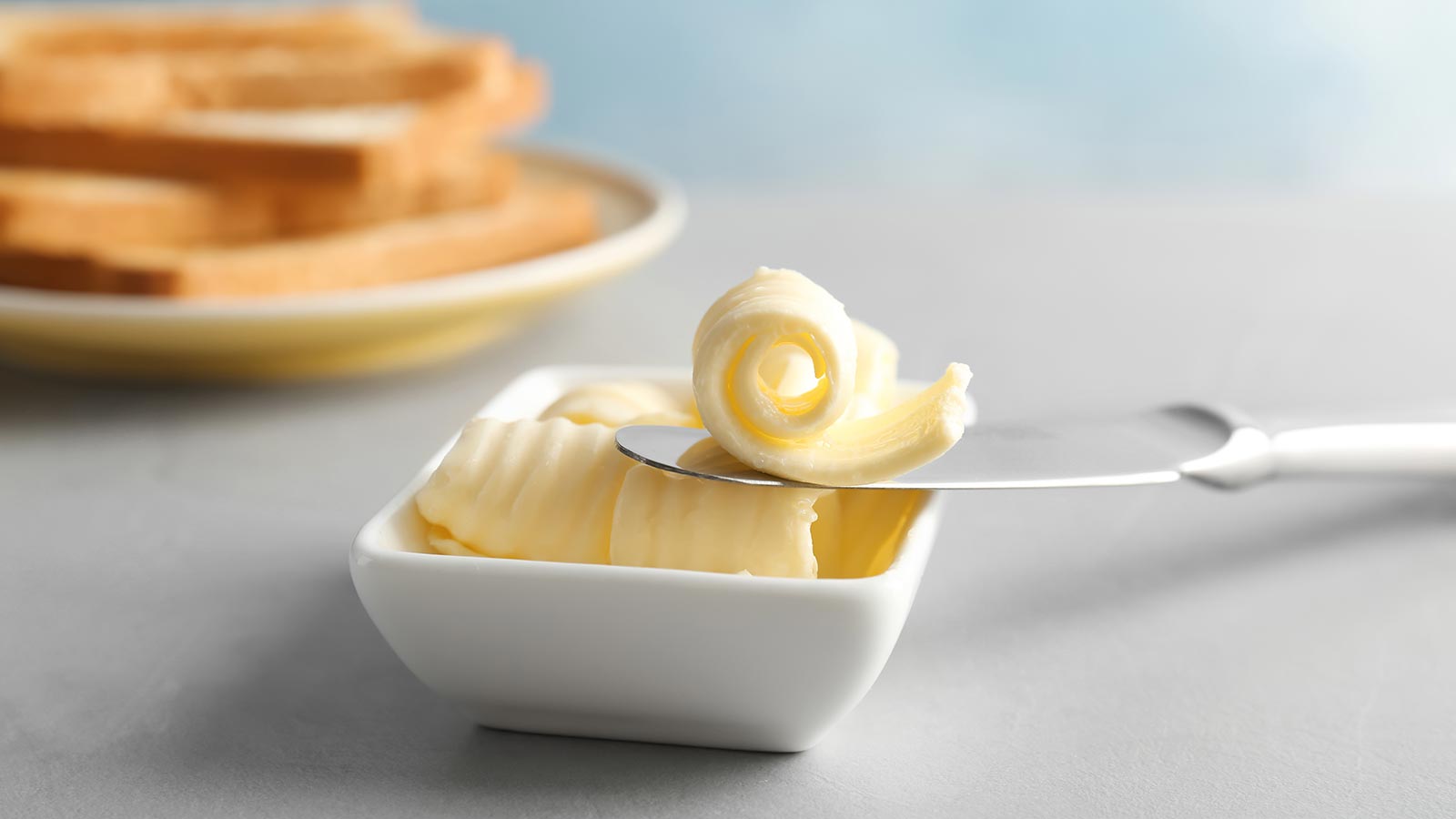