If you think oatmeal is synonymous with sweet, think again. Savory bowls of oats are making an appearance on breakfast tables everywhere. Filled with nutrient-packed bone broth, this warm and cozy morning meal is sure to start the day off right.

Since we lived in caves, we’ve likely been making some variant of bone broth. After all, it’s just bones, the last tendrils of meat still clinging to their surface, simmered in water until all their nutrients have leached into the resulting stock. But lately, this ancient food has picked up in popularity thanks to its oft-cited health benefits.

Many say that the collagen in bone broth is what makes it so healthy. Proponents claim it heals the gut, helps skin issues, and may help with joint pain. Critics point out that few studies have actually been done on the benefits of bone broth, or the amount of collagen within it.  They say most of the supposed health benefits are anecdotal and steeped in myth.

Still, bone broth is high in protein and arguably richer in flavor than standard store-bought options. Perhaps that’s why so many continue to drink it up, despite it’s higher price tag.  And, whether you buy into the health hype of bone broth or not, the idea of consuming it with breakfast makes a lot of sense.

Breakfast foods are traditionally warm and comforting, made for crisp and frigid predawn mornings. And oatmeal is, perhaps, the epitome of that concept. As we become more aware of the problems with high-sugar intake, though, traditionally sweet bowls of oats are becoming a breakfast-don’t. So it makes sense that something as purportedly nutritious and naturally savory as bone broth would find a home in our cereal bowls.

Savory bowls of oatmeal may take some getting used too. But, with fried eggs, fresh green onions, and bits of bacon adorning its surface, we don’t think it will take you long to come around to the idea. Here’s a few recipes to get you started.

Savory Oatmeal with Sausage and Kale: If you’re not a radish fan, you could garnish this one with peppery broccoli sprouts instead. Either way, you have a super-healthy start to the day.

Bone-Broth Oatmeal with Spinach: This one gets an extra-nutrition boost thanks to spinach and shiitake mushrooms. And, it includes directions for freezing bone broth, should you decide to make it from scratch.

Get the Recipe: The Work Top’s Bone Broth Oatmeal

Overnight Bone Broth Oats: For those of us who don’t have time to simmer a pot of oats in the morning, this is a great option. This one features sweet mix-ins in contrast to the savory broth. Don’t let it intimidate you though; the salty-sweet combo is an absolute delight.

Maybe before reading this, you’d never put the words “savory” and “oatmeal” together. But we hope you give this very filling and satisfying variation of oatmeal a try! 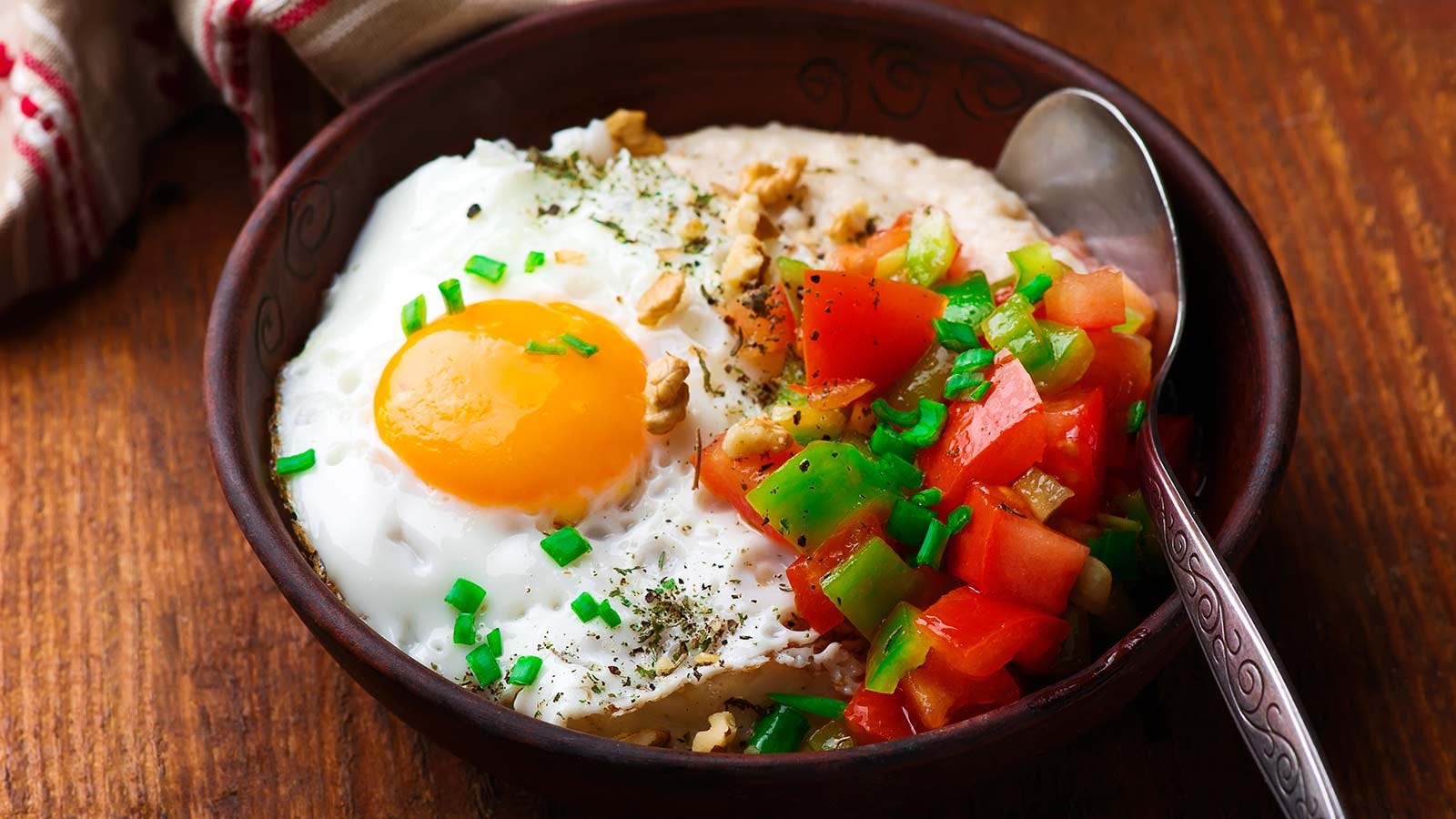