It’s time to take your Saturday morning stacks to new heights (literally). Extra-fluffy and beyond yummy, soufflé pancakes are all the rage for good reason. We’ve got the secret to fluffy flapjacks, so it’s time you got in on this towering trend.

Not only is the height impressive, but when served, they give a sexy little shake, bound to make even the staunchest of pancake-haters giggle. And leave it to Japan to add awesome flavors, like green tea and chestnut.

So, sans a flight to Tokyo, how can someone experience this breakfast trend? As luck would have it, it’s possible to make sky-high stacks of pancakes at home in your kitchen.

If you’ve ever made meringue, you’ve probably already guessed how soufflé pancakes hold their height. The ingredients themselves aren’t much different from normal pancake batter, but how you work with it is.

The magic begins by separating the egg whites from the yolks. Egg whites are full of protein. When beaten and whipped, the protein structure locks in the air, and you end up with all the fluff. Unless you really want a forearm workout, it’s easiest to do this with a stand or electric mixer because it takes several minutes. Eventually, though, the egg whites will hold stiff peaks, and that’s how you know they’re ready.

Next, gently fold them into the rest of the batter. You cook the pancakes low and slow with a cover. The resulting steam helps the batter rise until you’re left with a soaring stack of Saturday morning goodness!

It’s a pretty simple method, but if you prefer a detailed recipe, we recommend the one below:

Get the Recipe: Just One Cookbook’s Soufflé Pancakes

If you’d rather avoid the kitchen and clean-up, we have a few suggestions.

If You’d Rather Eat Out

Several cafes and restaurants in Los Angeles and New York serve them, and they’re popping up in other cities, as well. The most well-known is probably the Japanese chain restaurant Gram Cafe and Pancakes. Its first U.S. location opened in San Francisco last year, but 20 more locations are scheduled to open soon.

This should make getting your hands on chef-made stacks much easier—but not that much easier. Preparing soufflé pancakes takes a lot more mixing time than a typical flapjack, so many restaurants cap the number of orders they’ll take per day. For example, Gram Cafe and Pancakes limits its stores to 90 pancake orders per morning—a cap they typically hit early. So, if you’re hoping to try these at any restaurant, you’ll want to get there first thing.

Soufflé pancakes might have become noteworthy thanks to social media, but we think this trend will stick around, thanks to taste and texture. Fluffy and light, this new take on the traditional pancake is loved by more than just the camera—try it and see! 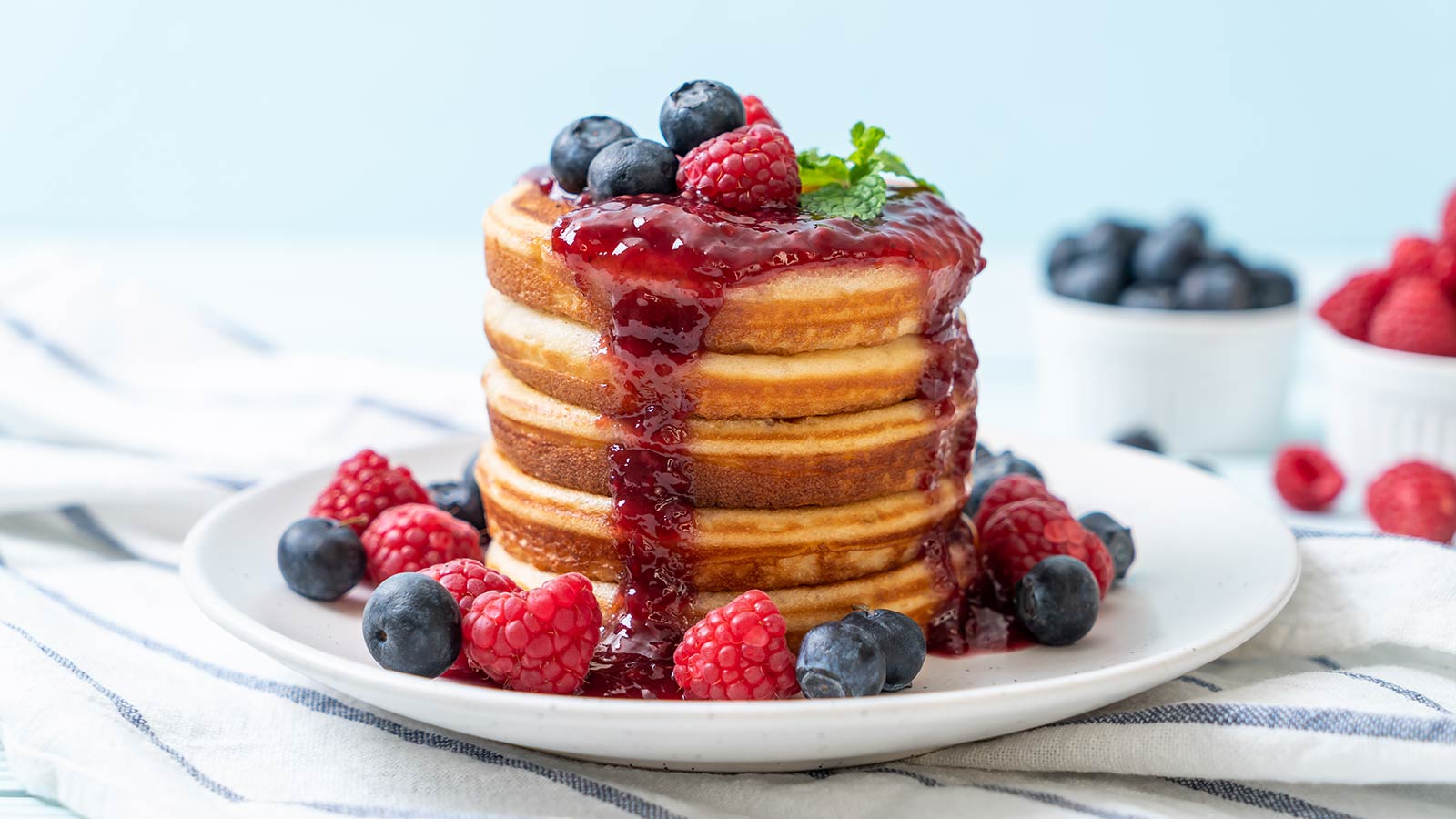