You swear you plugged in your iPhone to charge on your nightstand, in the car, or while waiting for your flight, only to find that it didn’t charge at all—even if you saw the charging symbol when you plugged it in. Before you waste time and money troubleshooting it, try this simple trick.

It’s tempting—especially if you have an older phone— to assume the worst. But before you assume your charging port is shot or go dig around for new cables, chargers, or worse yet, make a trip to a repair shop to get the port diagnosed, take ten seconds to clean out the lightning port.

You read that correctly: Clean the port. This usually isn’t a problem for people who keep their phones in a purse or a dedicated pocket on a messenger bag or such. For anyone who keeps their iPhone in their pocket day after day, however, the lightning port gets slowly and inevitably packed with lint to the point where the bottom of the port is essentially a springy pad of felt.

So springy in fact that, when you push the cable in, it makes a connection, but as the little pad slowly uncompresses, it moves the lighting connector just enough to halt the charging.

Ideally, you should use a wooden toothpick for the job as the toothpick is non-conductive and too soft to scrap the contacts in the charging port. But if you’re careful, you can use anything small enough, like a SIM card key (which is what I used before taking the photo above), a paper clip, or a pin. If you do go the slightly-more-dangerous-route and use a metal object, just do it gently and try to avoid rubbing the metal on the upper and lower side of the port where the contact surfaces are.

RELATEDWhat to Do When Your iPhone or iPad Isn't Charging Properly

The port opening is about the width of a grain of rice (and maybe twice as deep), so it was pretty shocking to see how much lint and debris I pulled out of my lighting port in the photo above. No wonder I was having trouble charging my phone at the airport with all that stuff in the way. 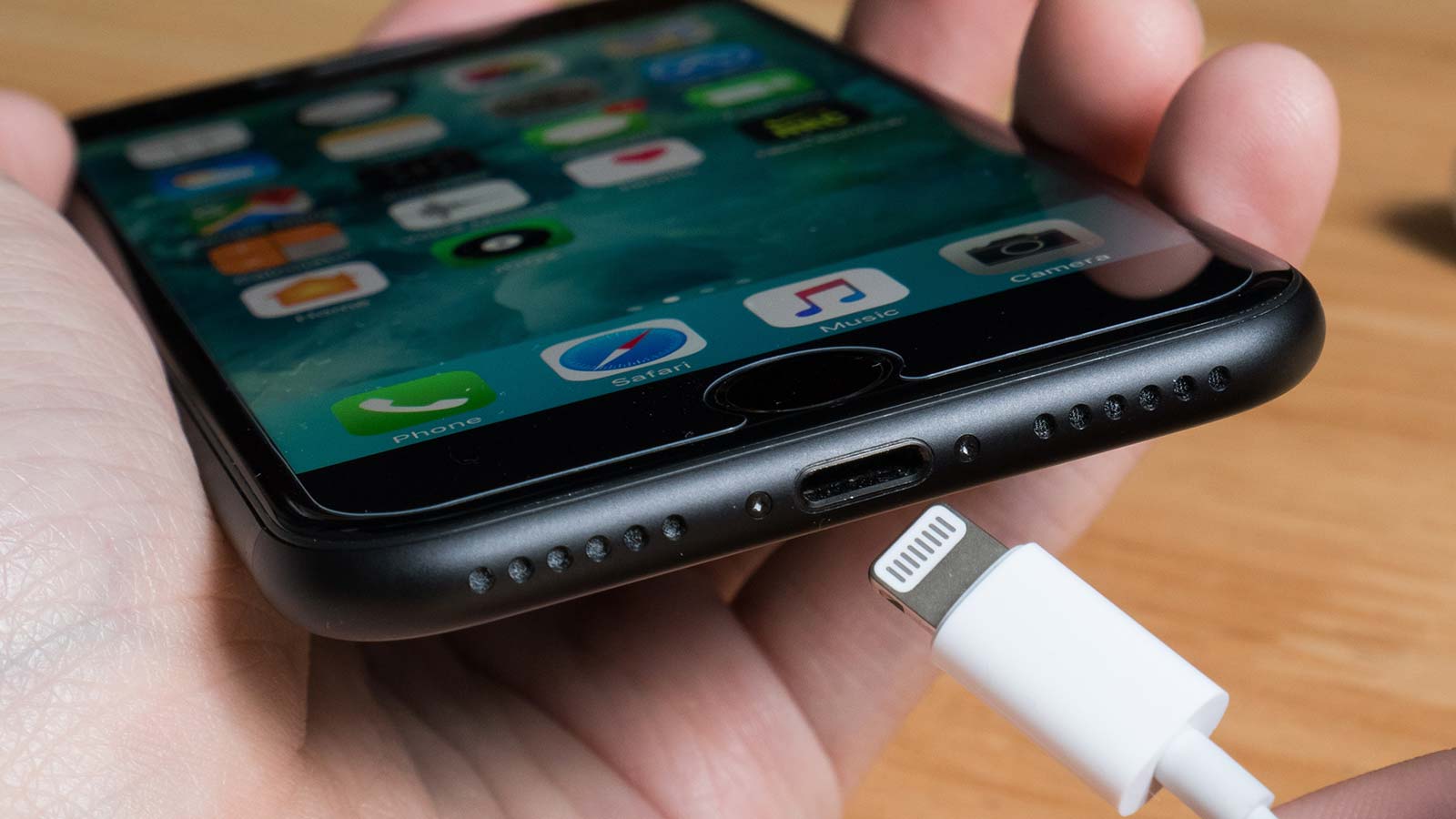