No, it’s not about religion. No, it’s not about politics. The most disastrous conversation you can have at Easter is about a bunny-shaped marshmallow candy named Peeps. These sweet, gooey creations are a love them or hate them food that has invaded the cultural mind of spring, and they’re expanding. Peeps cereal is coming, and you’re either excited or horrified. There is no in-between.

According to snack aficionados Mnm Twinz, the cereal is actually a retuning item from the candy brand, and they discovered the first glimpse of its resurrection (yes, that’s an Easter joke) at Target. Peeps teamed up with famous cereal brand Kellogg’s to release the cereal back in 2019, and clearly, those of you who love the smooshy bunnies must have taken to the breakfast meal because now it’s back in a new form.

In the photo and review posted by Mnm Twinz, it’s clear that the Peeps cereal has undergone a bit of a colorful makeover. The NYC-based identical twins (whos names are Matthew and Marcus) spotted the difference immediately. Where the 2019 version of the cereal featured white marshmallows in no particular shape, Peeps really upped the ante with this new launch shifting those gooey bits into Peep shapes and adding color.

As for the flavor, Marcus and Matthew explain in their post that it’s true to that sugary Peeps taste, but despite the change in appearance, it doesn’t deviate much from the original version of the cereal that debuted back in 2019.

If you’re thinking that Peeps cereal is as wild as it gets, you’re wrong. Those who have never had the pleasure of gracing the Peeps website may not be aware that the candy brand offers everything from apparel to some serious odd items for your taste bubs, and some of it may give you nightmares.

Want a bubblegum Peep scented plush? What about bath bombs to make your tub smell like the sugar crystal-coated bunnies? If you’re really crazy about this candy, there’s always the Peep boxer briefs.

Yeah, maybe cereal isn’t so strange, after all. 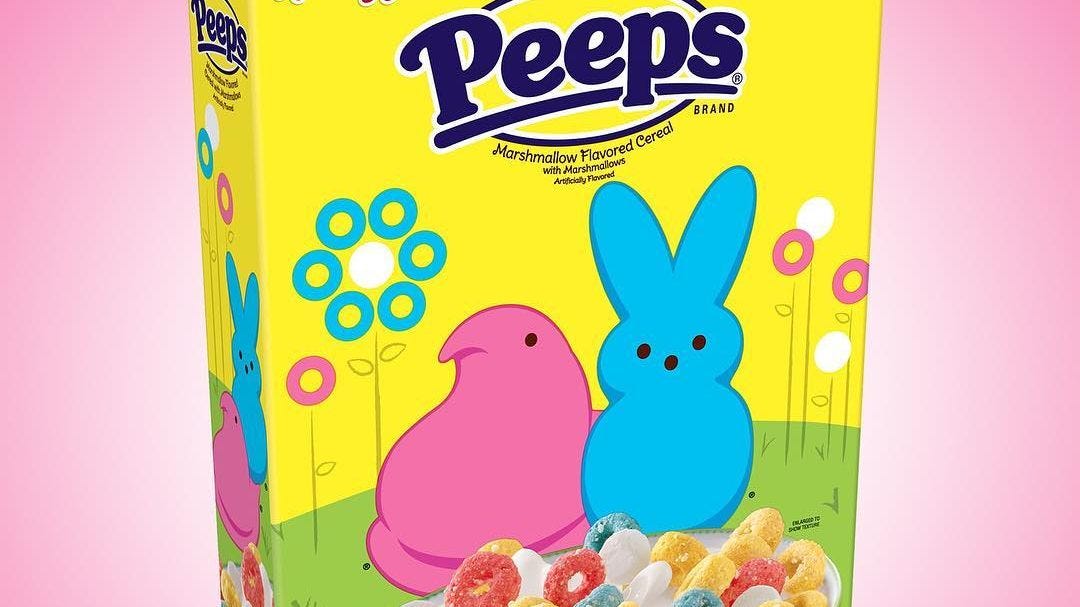