Career advice is easy to come by—just do a quick Google search or ask your elders for tips. But good career advice? That’s a little harder to find.

While the job market has changed drastically in the last few decades, conventional career wisdom hasn’t exactly kept up. The very things that might have helped your parents or grandparents find jobs can harm your chances of getting hired today. Career tips that were once considered common sense have turned into common mistakes.

These are some of the most popular outdated job and career tips, and what you should do instead.

Get a Degree, Get a Job

For many years, parents pushed their children toward “safe” degrees that all but ensured a job upon graduation. However, that’s no longer a solid strategy.

Today’s job market changes too fast for anyone to predict which jobs will be available when you graduate from college. For example, law school was once considered a “safe” choice, but in the last five years, legal jobs have failed to keep pace with the number of law students. This has left many of them unemployed after graduation.

A better bet is to explore jobs that require skills you can get without a degree. For example, you could study coding online, which can lead to a good job in the tech industry.

If you do want a four-year degree, focus on what you’re passionate about, not what seems like a safe bet. Thanks to the freelance market, it’s much easier to make a career out of your passion than it used to be.

Stay at a Job for at Least One Year

Old job advice held that you should never leave a job until you’d been there for a year because anything less would look bad on your resume. However, keep in mind that that advice originated during an era when it was common to work at the same company for 20, 30, or even 40 years!

Today, it’s perfectly normal to change jobs four or more times before you hit age 32. Having a position or two that you stayed at for less than a year is no longer such a glaring issue on your resume.

Of course, it’s best not to job-hop every few months. However, if you’ve only been at a job for a short while, and it’s just not working, you don’t have to stick it out until you hit that one-year mark.

Stick to Your Chosen Field

It’s also more common—and easier than it once was—to change career paths several times throughout your life. Just because you once said you wanted to become a teacher/nurse/computer programmer doesn’t mean you have to follow that path until you retire.

In fact, automation will likely make switching career paths a necessity for people in some fields, whether they want to or not. When you do change career paths, though, it can actually make you a better employee. The more skills and job experience you have, the more you bring to the table.

It’s far easier to find job openings than it used to be, thanks to online resources. The old suggestion to “apply everywhere you can” made sense when the only job opportunities available were listed in one newspaper. If you follow this advice today, though, it can leave you burnt-out and exhausted.

When you choose jobs to apply for, focus on quality—of both the job and your application—over quantity. Instead of sending out applications en masse, target positions that seem like an ideal fit for you. Take the time to submit an excellent application to each one.

If you take this approach, you’ll get hired faster and with less effort.

Big, well-established companies used to be the best places to find steady, well-paid work. While that’s still true to a certain extent, there’s often a lot more value in working for smaller companies.

Many small, relatively new startups offer great benefits to workers, such as the opportunity to work remotely, flexible in-office hours, and competitive pay. Older, bigger companies, however, tend to be more reluctant to adopt these modern benefits.

Of course, there’s always the risk that a small startup will fold before you’re ready to leave the job. Then again, large companies also lay off massive amounts of employees sometimes.

So, when you weigh your job options, don’t rule out smaller companies. They might suit your goals and personality far better than the industry giants do.

If you have a specific career goal, you might worry that accepting a position in an unrelated field will jeopardize your future opportunities. However, in today’s working world, unrelated jobs can be a good thing!

If you have a variety of job experiences on your resume, it shows you have a wide range of skills and interests. Many hiring managers see this as a bonus.

The key is to tweak your resume, so it highlights the experiences that make you a good fit for the job to which you’re applying. With some clever resume writing and editing, you can turn almost any unrelated past job into valuable proof of your work abilities.

You might hear people tell you that regularly putting in long hours and working overtime will prove that you’re a great worker. However, that’s not a healthy approach to work, and it can actually hurt your career over time.

When you work longer hours, your productivity tends to go down, along with your level of job satisfaction. It’s okay to put in some overtime occasionally, but it shouldn’t be the baseline expectation. If your employer routinely expects you to stay late, and you don’t want to, that doesn’t make you a bad employee—it makes them a bad employer.

Has anyone ever told you that it’s better to solve work problems on your own than to ask questions? If so, they’re dead wrong.

While you shouldn’t ask your manager questions you can easily find the answer to on the internet, there are plenty of workplace questions that are worth asking. Good managers and coworkers appreciate it when you ask questions, instead of slogging through a project or task and potentially doing it wrong.

When you ask relevant questions, it demonstrates that you’re eager to learn on the job, which makes you a valuable employee.

Dress for the Job You Want

The popular adage, “Dress for the job you want, not the job you have,” suggests that if you dress nicer than everyone else, it boosts your chances of getting ahead.

In many modern workplaces, though, this advice will just make you look silly. If everyone else works in jeans, why show up in a suit? Instead of always opting for a more formal look, try to follow industry norms.

If your office encourages casual dress, go casual, and save the business suits for when formal wear is required. You can dress up a bit more when you interview with a new company, but there’s no need to go overboard.

In the age before email, phone calls were the typical form of business contact. Now, though, unnecessary phone calls have become disruptive and can even seem rude.

Basically, if you can do it with an email, don’t do it over the phone. Sending an email shows that you value the other person’s time. A phone call suggests that you expect them to drop everything and speak to you on your schedule.

In fact, if you persistently call, it might make a company decide not to hire you. A few quick follow-up emails, though, can demonstrate that you’re an ideal candidate.

The only exception to this is, of course, if the company requests that you call. When in doubt, though, send an email!

Drop by in Person

Like calling, dropping by a company in person to ask if there’s a job opening, or to follow up after an interview, is rarely a good idea.

Unless you know someone who works there well enough to show up unannounced, this puts a strain on everyone’s time. It forces people to stop what they’re doing and respond to you instead of replying at their leisure. This can come across as rude and presumptuous.

If you’re going to cold-apply, do it by email, and follow up by email. If it’s a more formal company, you can send a handwritten or typed thank-you note after your interview.

The working world is more varied and changeable than ever before. As a result, what was once considered wise career advice is now outdated. Avoiding these traditional adages will help you reach your career goals in the modern job market. 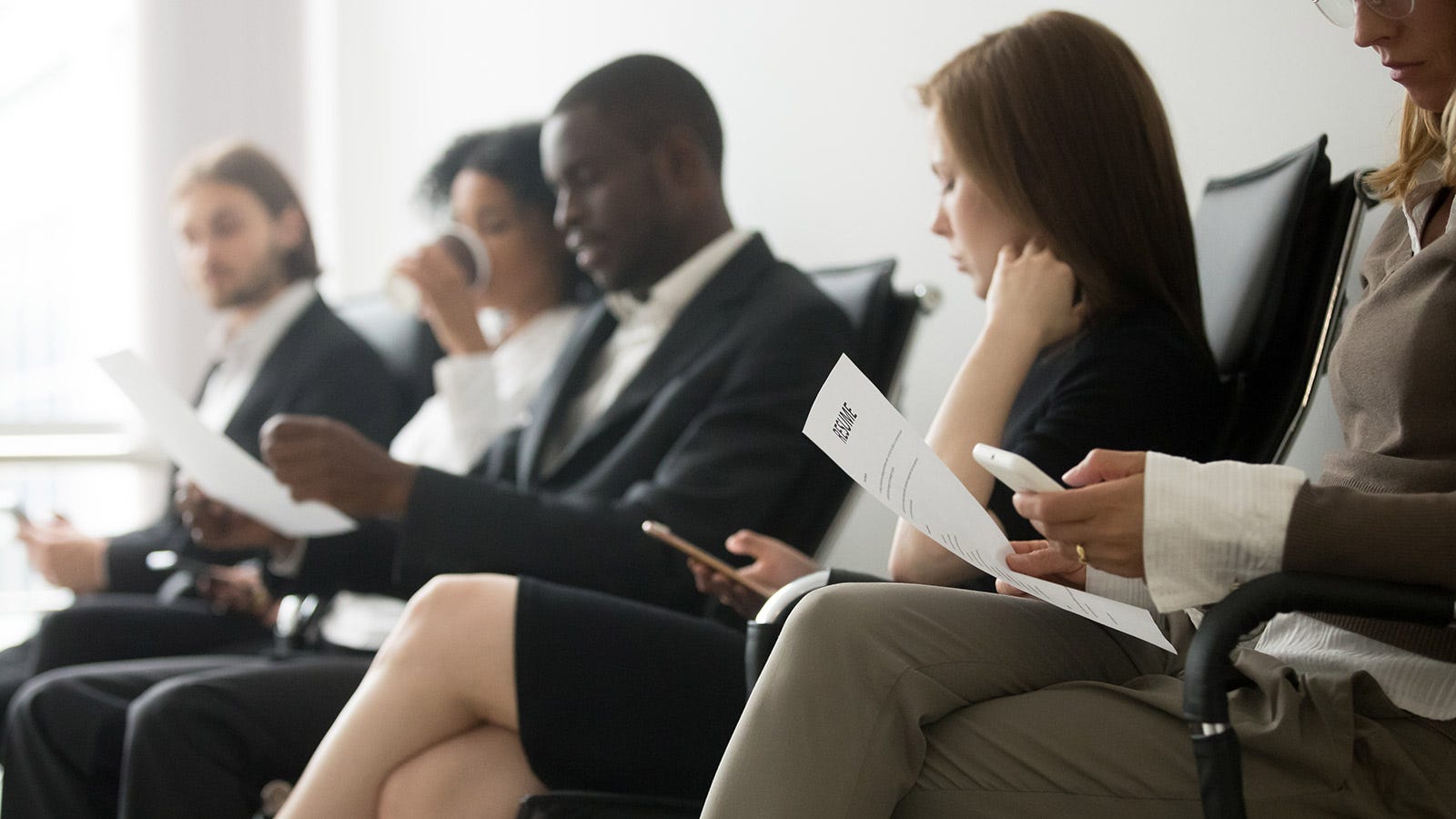