Was it the yellow “C U L8ter” that got you feeling fuzzy? Or perhaps the pastel purple “HUG ME” was the one to pull your heartstrings. Conversation hearts have long been a valid form of Valentine’s Day communication. But rumor has it they’re going extinct! Can it be true? And how do we demand our desires without them?

How Candy Hearts Came to Be

Okay, so chalky candy hearts might not be anyone’s favorite treat. They tend to be reminiscent of antacid tablets, and the sayings are corny at best. But, over the years, they’ve become a Valentine’s Day staple, perfect for first-grade crushes and office acquaintances. And for that, we have to love them.

So when we heard Necco, the brand responsible for the pastel-colored candies, had shut its doors, we were more than a little dismayed. What would Valentine’s be without these classic treats?

After all, they’ve been around since Abraham Lincoln’s day. Daniel Chase, the brother of Necco’s founder, began printing sayings on dyed candies in the 1860s. And by 1920, they were the familiar candy hearts we know today.

The Future of Conversation Candies

But with Necco closed, have candy conversations gone the way of dodo birds and dinosaurs? Luckily, no. The original candy is on it its way back to the production line. If it doesn’t make the deadline, there’s always a backup.

Spangler Candy Company—makers of the iconic Dum Dums suckers—has taken the reins. And, they’ve promised to have candy hearts on the market for 2020.

Which is great news, but to be fair, not entirely needed. See, Brach’s Candy has made candy hearts since the 1960s. Despite the fears, there’s never been a shortage of chalky conversation starters—if you can’t get your fix of 1860s-era candies, you can always fall back on the 1960s alternative.

And that’s good. Because really, where would we be without candy hearts? Is there any better way to tell someone “UR Cute”? We think not. 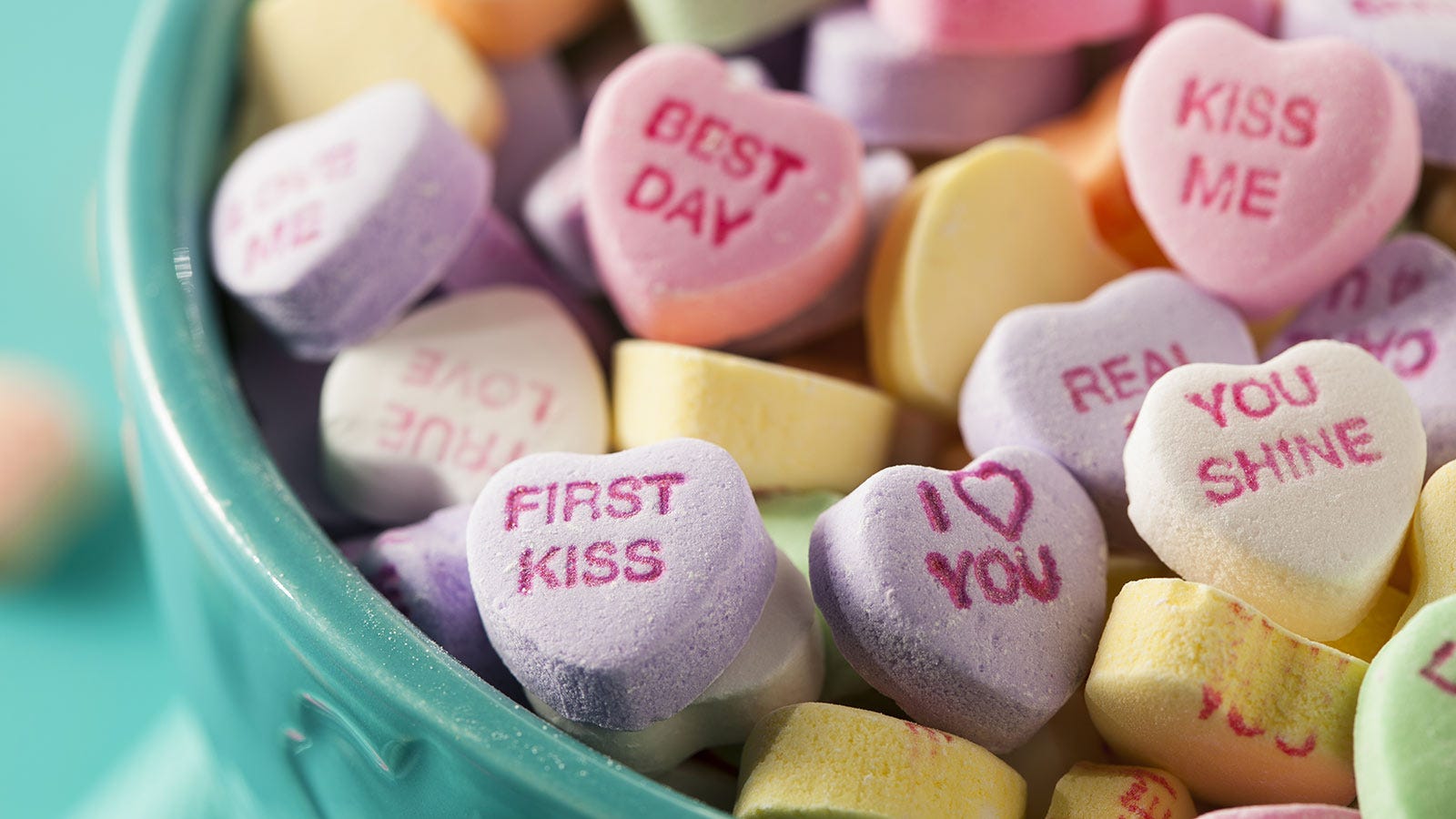