You’ve likely seen Star Wars-themed lodging before. Considering just how massive the fandom is, finding them isn’t that difficult. However, this nine-bedroom Star Wars Airbnb takes themed decorating to another level. From themed rooms to memorabilia spaced throughout the home, you’ll want to get to this Airbnb in 12 parsecs.

The home is located in Davenport, Florida, not too far away from Florida’s theme park capital in Kissimmee—home to Disney World and Universal Studios. For just $294 a night, you can stay not just close to major parks but in a space that might as well be an entertainment venue in its own right.

The home, called Twelve Parsecs, is a mix of typical design dotted with Star Wars merch and decked-out rooms that will make kids—and kids at heart—immediately imagine they’re in a galaxy far, far away. The best part? Each bedroom has its own theme.

No, you won’t have to make a makeshift bed out of a tauntaun. (Look, Han did what he had to do to save Luke, okay?) This Hoth-themed room has all the icy vibes of the cold planet without the Empire attacks.

If you want to hang out with Yoda, you can head down to the swamps of Dagobah for some Jedi training.

If you’re a fan of Lando Calrissian, you can head to this Cloud City-themed room, which features a carbonite Han Solo rug.

If you want to take a ride in the pilot’s chair of the Millennium Falcon, you can book the Twelve Parsecs home now on Airbnb. May the Force be with you. 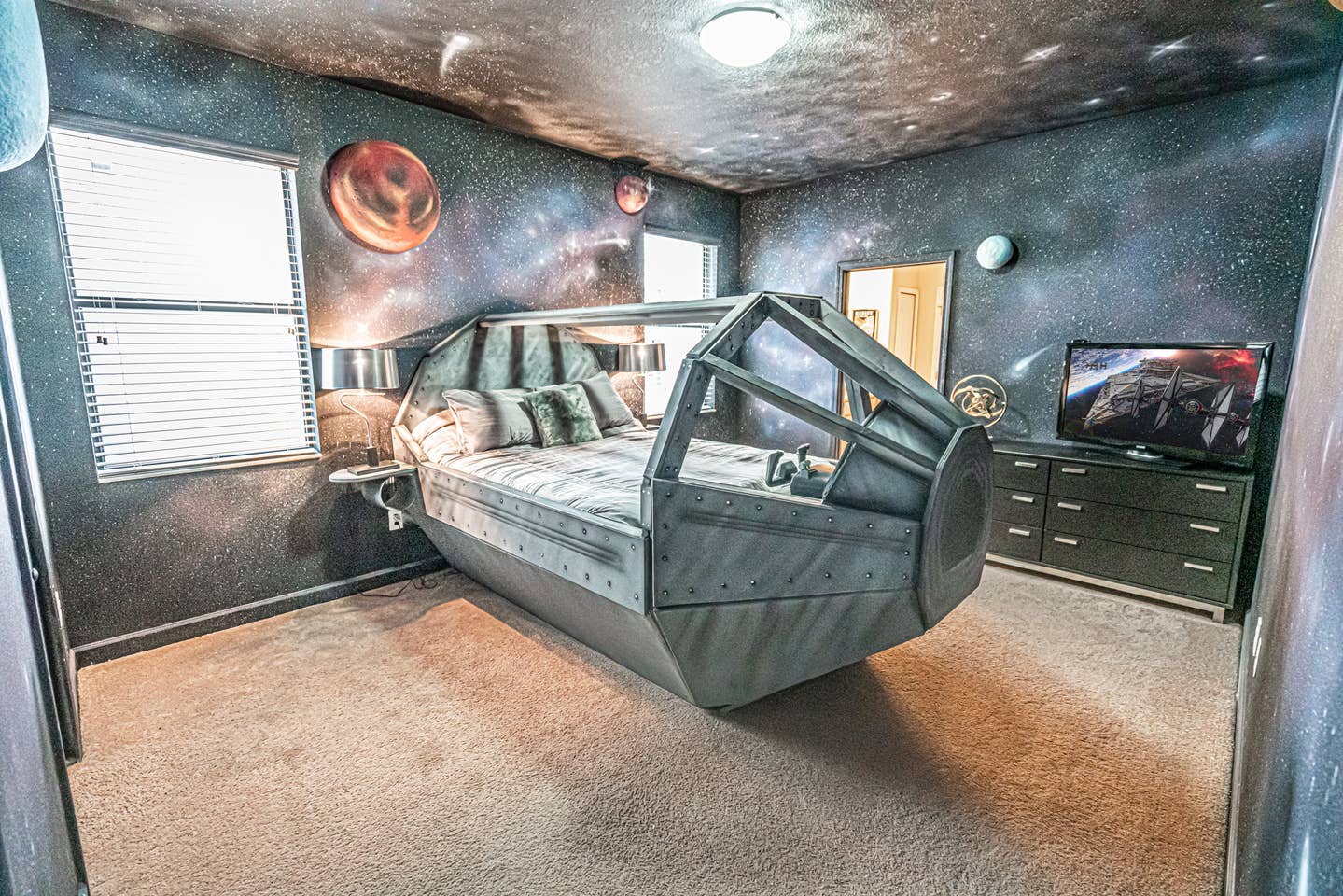