Crunchy, salty, and oh-so-satisfying, potato chips are for more than snacking. From cookie dough to chicken coating, there’s next-to-nothing these crispy bits can’t improve. So pop open a bag, but skip the dip, and let’s get creative with potato chips.

Plain potato chips aren’t exactly exciting. The eternal last pick in the wholesale variety snack pack, these guys aren’t often found in the spotlight. But the salty crisps can’t be entirely overlooked. What they lack in snack-time flavor, they make up for in versatility.

Potato chips add crunch and pizazz to a multitude of favorite foods. Cookies, casseroles, and even cupcakes can all benefit from the deep-fried salty crisps. These bites are no longer merely underwhelming picnic sides. They’re a key to kitchen creativity, and we’ve found seven unique ways to use them.

Cookie Dough: We say dough because the chances of these cookies making it into the oven are sparse. It’s highly likely that this sweet and salty mix is devoured right off a mixing spoon long before the oven preheats. You’ve been warned!


Get the Recipe: Taste of Lizzy T

Oven-Fried Potato Chip Chicken:  For the ultimate in crunchy chicken coatings, take a cue from your grandmother and use potato chips. No, really, this idea has been around a long time for one reason: it works.


Get the Recipe: The Kitchen Magpie

Twice Baked Potato Chip Casserole: If you like twice baked potatoes, and you like potato chips, this is a no-brainer. It’s crunchy, creamy, salty, and buttery. Basically, it’s all the “-y” adjectives you want in a casserole.


Get the Recipe: Yellow Bliss Road

Potato Chip Chicken Pot Pie:Making a pie crust is the hardest aspect of traditional pot pie. It can leak, break, tear, and shrink. So skip it and use potato chips instead. They’re far easier to work with than pie crust, and everyone loves the extra crunch.


Get the Recipe: Yes to Yolks

Pecan Potato Chip Cupcakes: Pecans, bourbon-butterscotch based sauce, and, wait, potato chips? Yeah, it sounds a little strange. But the salty crunch is the perfect accompaniment to these sugary-sweet cupcakes. We dare you to try it.


Get the Recipe: Serious Eats

Potato Chip and Chive Omelet: This dish is served in the French restaurant, Lazare, run by Michelin-starred chef Eric Frechon. And honestly, if we’d known that putting potato chips in our eggs was so gourmet, we would have done it a long time ago! It’s delicious.

Deviled Eggs with Caviar and Potato Chips:
If you want to trick people into thinking potato chips are fancy, serve them next to caviar on deviled eggs. The combination of fat, salt, and the ocean is a huge win for flavor. And anything next to caviar is instantly elevated, even the ever-humble potato chip.


Get the Recipe: Foodology Geek 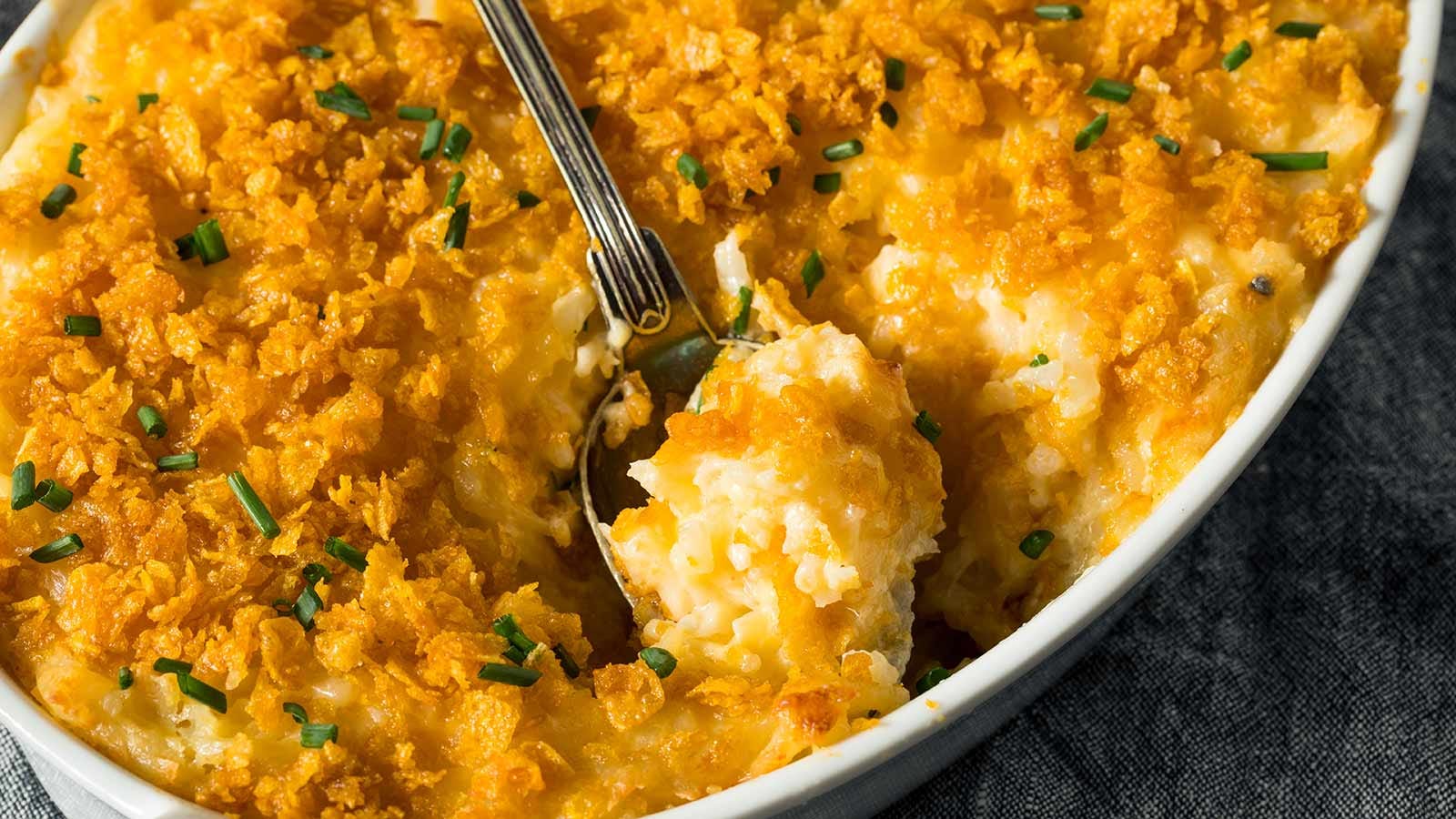