Move over, Coca-Cola slushies, there’s a new sheriff in slushie town. Mountain Dew slushies will be hitting theatres later this spring. If you’ve always wanted to get a brain freeze while you had a caffeine high to see what happens, now’s your chance.

If you’re a common movie-goer and partial to the Regal chain of cinemas, you know they currently serve Coca-Cola products and are partnered with the company. That’s about to change. The movie theaters will be switching over its drink options to Pepsi-based goods. Although Coke drinkers are likely to be devastated—hey, me includes, an Atlanta resident here—it does mean the icy neon-green drink will be an option when you start getting ready for your film snack-a-thon.

Even for those who are dedicated to the classic Coca-Cola slushies commonly found at theaters, this radioactive-looking green drink is at least somewhat tempting. Whether you’re in it for the sugar high or the caffeine content (Mountain Dew boasts 91 mg of caffeine per 20 oz), it’s hard to deny that this nearly glow-in-the-dark treat doesn’t look at least somewhat intriguing.

Plus, the switch opens the movie theater chain up to a plethora of possibilities when it comes to the Mountain Dew slushie. You’ve likely had (or at least heard of) the Taco Bell Baja Blast, but it’s not the only subsequent flavor of the citrus-flavored drink that could be introduced. Just this week the brand brought back its more tropical option with Mountain Dew Maui Burst, marking its pineapple flavored return. Then, of course, there’s always Code Red with its hint of cherry flavor and right red hue.

While yes, you will be saying goodbye to your beloved Coca-Cola at Regal theaters, you’ll be getting an old, new movie snack in the new Mountain Dew slushies. That kind of makes it okay, right? 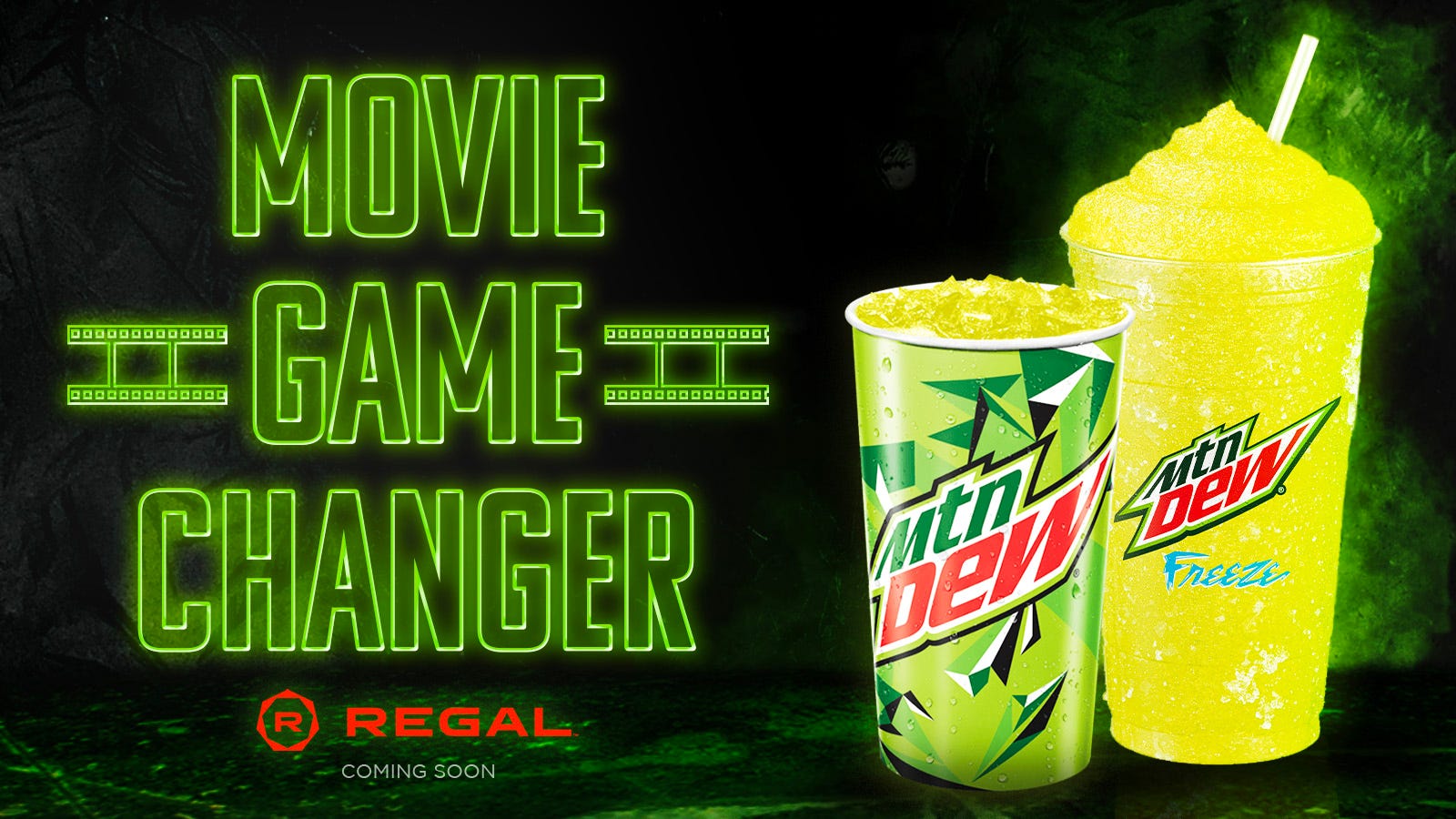