While The Chilling Adventures of Sabrina may have been one of Netflix’s most anticipated releases this January, there’s still plenty left to round out the month. If you want to end the first month of 2020 with a quality binge-watch, here’s everything coming to Netflix this week.

This film from 2010 stars Gwyneth Paltrow as Kelly Canter, a country music superstar as she copes with fame and substance abuse.

If you’re into EDM, the music scene, or Zac Efron, this film follows the actor as he portrays a disc jockey looking for fame in Los Angeles.

Comedian Alex Fernández’s comedy special centers on anecdotal stories from his childhood—perfect for those looking for a laugh.

This Netflix original follows the story of two childhood friends, one who enters the police force and the other who enters the drug trade, and how their lives intersect.

Queer Eye‘s Tan France is back, but he’s not with the Fab Five. The “style guy” from the hit Netflix show has gotten his own series which follows eighteen designers as they compete for $250,000 and a collection on Net-a-Porter.

For documentary lovers, there’s Night on Earth. This series unveils life on Earth after the sun sets from lions to bats to orcs.

If you love tech-based thrillers, Omniscient will be a must-watch. This Brazilian-based show follows a young woman who has grown up in a world that is consistently surveilled but must dodge her watchers to investigate her father’s murder.

In this Japanese reality series, seven people leave the country to travel Africa in search of love. If you’re tired of American reality programing, you can mix it up quite a bit with a peek at this interesting offering.

Based on the best-selling novel by Harlen Coben, The Stranger follows Adam Price as he is told a life-altering secret about his wife.

If you’re a fan of Coben or you check out The Stranger and find it scratches a particular dark mystery-thriller itch, we’d recommend checking out two other series on Netflix based off other Coben works: The Five and Safe.

Billie Dee Williams and Sylvester Stalone star in this film about two cops who get caught up in a plot with terrorists.

This thriller stars John Lithgow as Dr. Carter Nix, a psychologist who begins to have a mental break and manifests multiple personalities.

37 Seconds tells the story of Yuma, a manga artist with cerebral palsy, who goes on a journey toward independence and success.

Hit Netflix series Bojack Horseman is coming to an end, and season 6 part B will be fans’ last time catching the humanoid horse in a new set of episodes.

The second season of this Mexican supernatural season will pick back up with Elvis Infante and his crew.

For true crime lovers, these stories about death row inmates will be a must-watch.

This Italian-based series follows a teenage girl in the 17th century who is part of a family of witches that are accused of practicing magic.

This Netflix original follows a group in a Norweigan town troubled by climate diasters that mark the coming of the end times. Although this show isn’t related to Marvel’s Thor: Ragnarok it does tie into Norse mythology in surprising ways.

Starring Dylan O’Brien, American Assassin follows the story of a man out for revenge for the death of his girlfriend at the hands of terrorists. 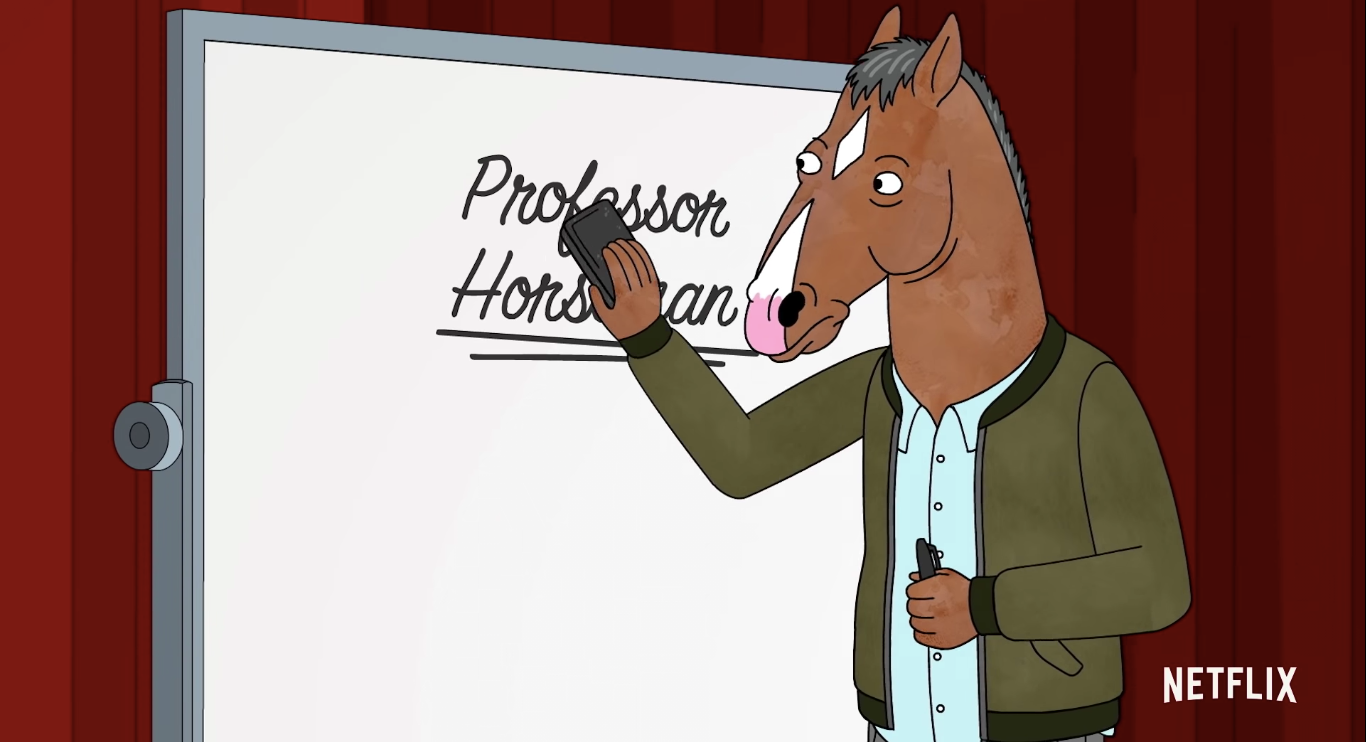