Sure, the world loses its collective mind when the famous (or should I say infamous) Bath & Body Works candle sale comes around each year. While those seasonally themed smells are quality, this Etsy Bachelor candle from store IHeartPopCandles will have you rethinking trips to the mall. Even if The Bachelor isn’t your cup of tea, this Etsy store has something for everyone.

The candle shop based in Oregon specializes in fandom-themed burners, and the topics cover everything from science fiction to reality television. Perhaps the most relevant candle now, however, is the Bachelor candle as the current season of the hit ABC television series is well underway. While the candle is aptly scented like champagne (for all those post-rose ceremony toasts), the shop’s labels are what are truly laugh-worthy.

On the front of the candle, the creator has described the scent in a way fans will immediately identify as famous moments from each season of the show. It reads, “Smells like one on ones, hometowns, the fantasy suite, to never being blindsided, and the final rose.”

As for the prices, they won’t break the bank. The candles retail for $20 each.

While yes, there is a matching Bachelorette version of the candle that smells like roses (get it?), the shop has so much more than reality television-based themes. Fans of Friends who weren’t able to get their hands on that coveted slow cooker will be happy to discover there’s a candle for every character on the show from Rachel Green to Phoebe Buffet.

As for the other fandoms represented, Whovians, you’re covered—especially if Matt Smith’s Eleventh Doctor is your favorite. There’s a candle designed just for the bowtie-wearing man in a box that smells like bergamot and vanilla sandalwood. The real question, though, is, “Does the Tardis smell like sandalwood or just Eleven?” The world may never know.

For the coffee and Gilmore Girls lovers out there, Luke’s Diner officially has its own scent. As Lorelai would want it, the smell is all coffee and nothing else.

If you have yet to dive into the world of fandom candles or just want another way to fully embrace your Monday night Bachelor watches (other than joining the rest of Bachelor Nation on Twitter and drinking copious amounts of wine), IHeartPopCandles’ goods are for you. 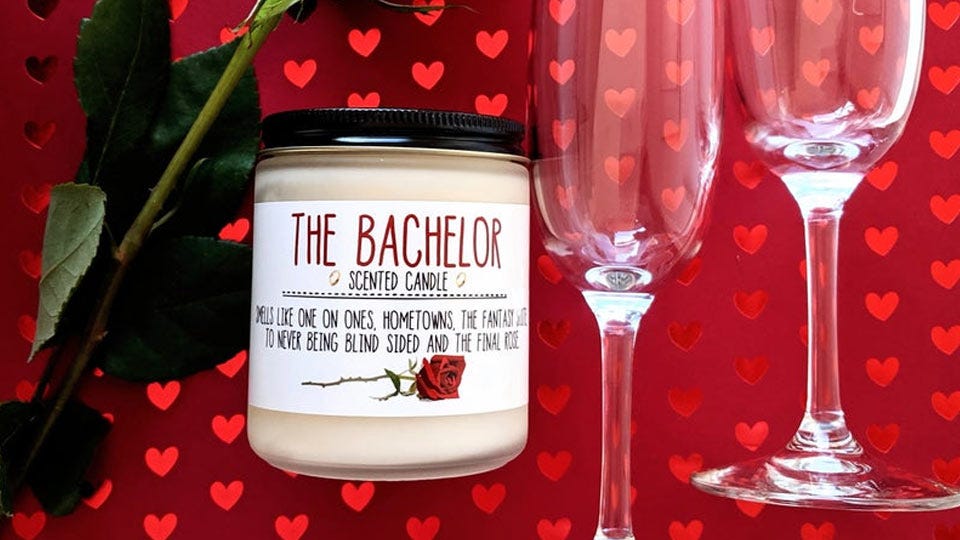