It’s tasty, ideal for cooking, and in Ayurvedic medicine, it’s known for its many healing powers. For many, ghee is a godsend. But is it as good as it looks on paper? Let’s find out.

Ghee is a type of clarified butter that’s been primarily used in Indian and Middle Eastern cuisine for centuries. If you’re wondering what clarified butter is, it’s basically the butterfat extracted from milk. Ghee is made by simmering unsalted butter until all the moisture is evaporated, and the milk solids sink to the bottom as they separate from the golden liquid fat. Unlike the classic French clarified butter, ghee’s milk solids are cooked until they brown ever so slightly, giving the now clarified oil a caramelized and nutty flavor.

In ancient Ayurvedic medicine—which originated in India over 6,000 years ago and is known as the oldest holistic science—ghee is highly praised for its healing properties both for mind and body. When you look at the preparation process closely, you can see how it got that reputation. The power temperature preserves nutrients like Vitamin A, Vitamin E, and various antioxidants and organic compounds that are destroyed by high heat. Given the presence of those compounds, it’s not surprising it is said to contribute to its anti-inflammatory effects, promote digestion, and enhance immunity. It’s also used to combat stress and as an effective moisturizer for the skin. Both in Ayurveda and Hinduism, ghee is considered sacred because it comes from cows, which are seen as a symbol of life and the divine bounty of the earth.

The Benefits of Ghee According to Western Science

There hasn’t been a lot of research done specifically on ghee, and the very few results that have been obtained via animal studies have been barely satisfying. Nevertheless, there are a few well-established benefits associated with this type of clarified butter loved by many.

To get the most from ghee, it’s best to choose the grass-fed option or make it yourself at home with organic milk that comes from grass-fed cows.

Is Ghee Better For You Than Butter?

Both butter and ghee are made of saturated fats, which have a long-standing reputation for promoting heart disease and diabetes. However, there have been a few studies that have shown no significant link between the consumption of butter and cholesterol levels in healthy adults. From a nutritional standpoint, ghee is very similar to butter with the added benefit of butyric acid and the lack of milk solids.

Your choice is also likely to depend on your cooking and taste preferences, as ghee is particularly handy for sautéing and frying food. However, it has a nutty flavor that many don’t necessarily like.

So everything comes down to your personal preference and your level of health. If you’re a healthy adult with no genetic predisposition to cardiovascular disease or diabetes, don’t mind a strong caramelized nuance, and enjoy cooking, ghee might be right for you. Nevertheless, it’s still fat, so moderate consumption is recommended. 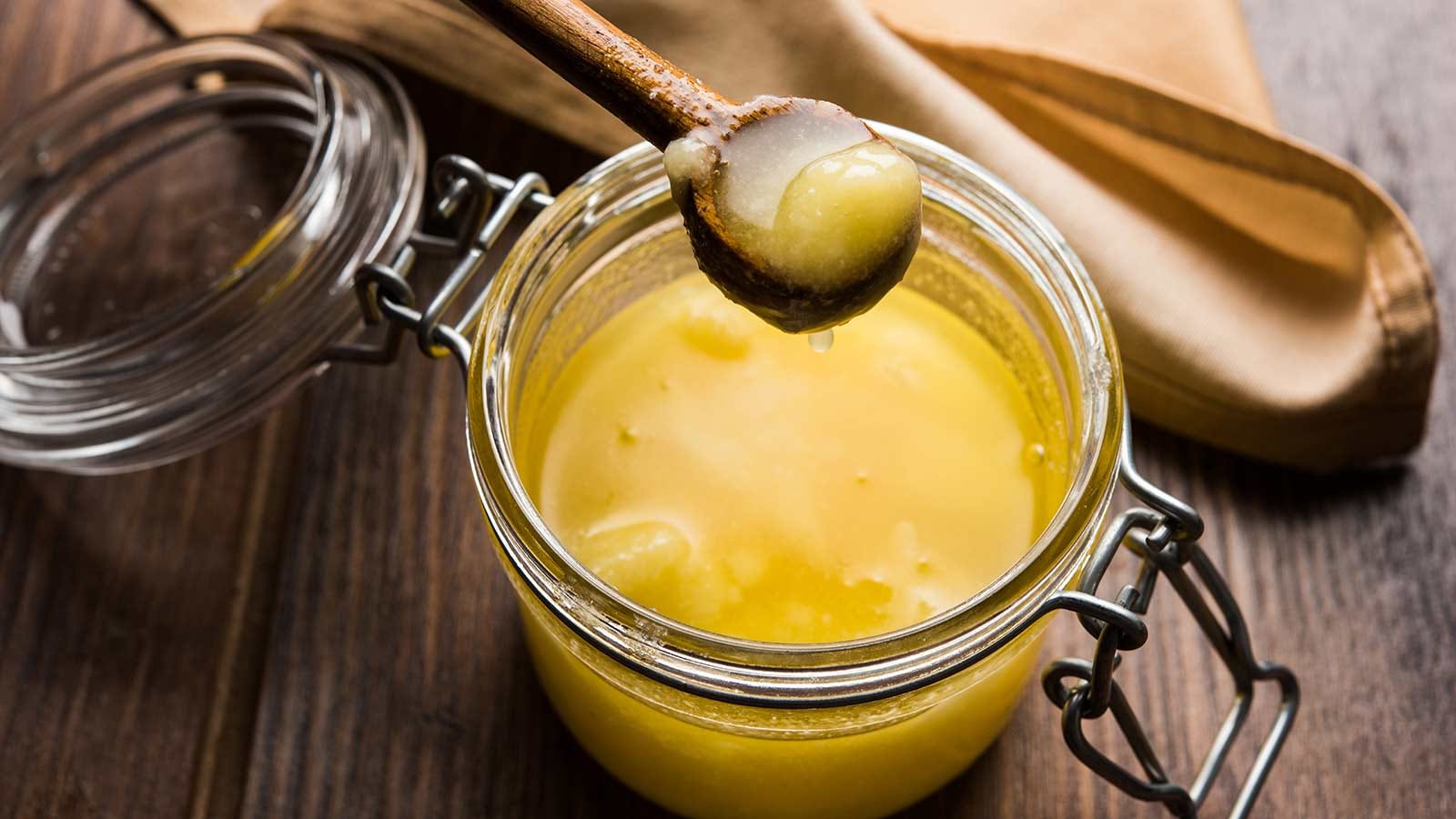