If you think white chocolate sounds more like a white lie, you’re not alone. Even with regulated labeling practices, the questions around white chocolate remain. We’re diving into the details so you can decide once and for all whether this milky, white confection is really chocolate, or simply candy in disguise.

The Controversy Behind White Chocolate

White chocolate has quite a contentious history. The mix of milk solids, cocoa butter, and sugar is often thought of like a chocolate imposter. And that may well be true. Unlike milk or dark chocolate, white chocolate is missing the cocoa nibs that lend a light to deep brown hue. But that’s not the only reason many chocolate lovers claim the white stuff’s just candy.

Historically speaking, white chocolate is known for being tampered with. Rather than sticking to straight sugar, cocoa butter, and milk bits, additives like palm oil and cheap sweeteners are often involved. This makes chocolate critics cringe, and they often dismiss the stuff flat out.

But there are many companies today who are giving white chocolate the all-star treatment. With a push for all things organic and additive-free, many are choosing to nix the standard fillers. And with more serious connoisseurs to fight for it, white chocolate’s reputation is changing.

Does Cocoa Butter Make It Chocolate?

The question now is whether cocoa butter alone is enough to qualify this sweet, white treat as real-deal chocolate. The FDA states that chocolate must contain 10% cocoa nibs with the corresponding fat from the cocoa beans (aka cocoa butter). In 2004, they added that white chocolate, in particular, needs to be 20% fat as obtained from cocoa beans. In other words, the FDA classifies white chocolate as a separate and specific type of chocolate.

So question answered, right? Well sort of. While the FDA designation exists, there are still many who claim that chocolate without cocoa nibs can’t be considered real chocolate. But we like renowned pastry chef, David Lebowitz’s answer as reported in The Washington Post.

He reminded us that food nomenclature is a silly thing to get worked up about. After all, as he points out, we call it a hamburger and then make it with beef. So in food culture, the name isn’t all that important.

White chocolate is made with cocoa, it’s delicious as a dessert, and it melts beautifully. And at the end of the day, it doesn’t matter what you call it. As long as it continues to find its way into our favorite treats, we have nothing to complain about. 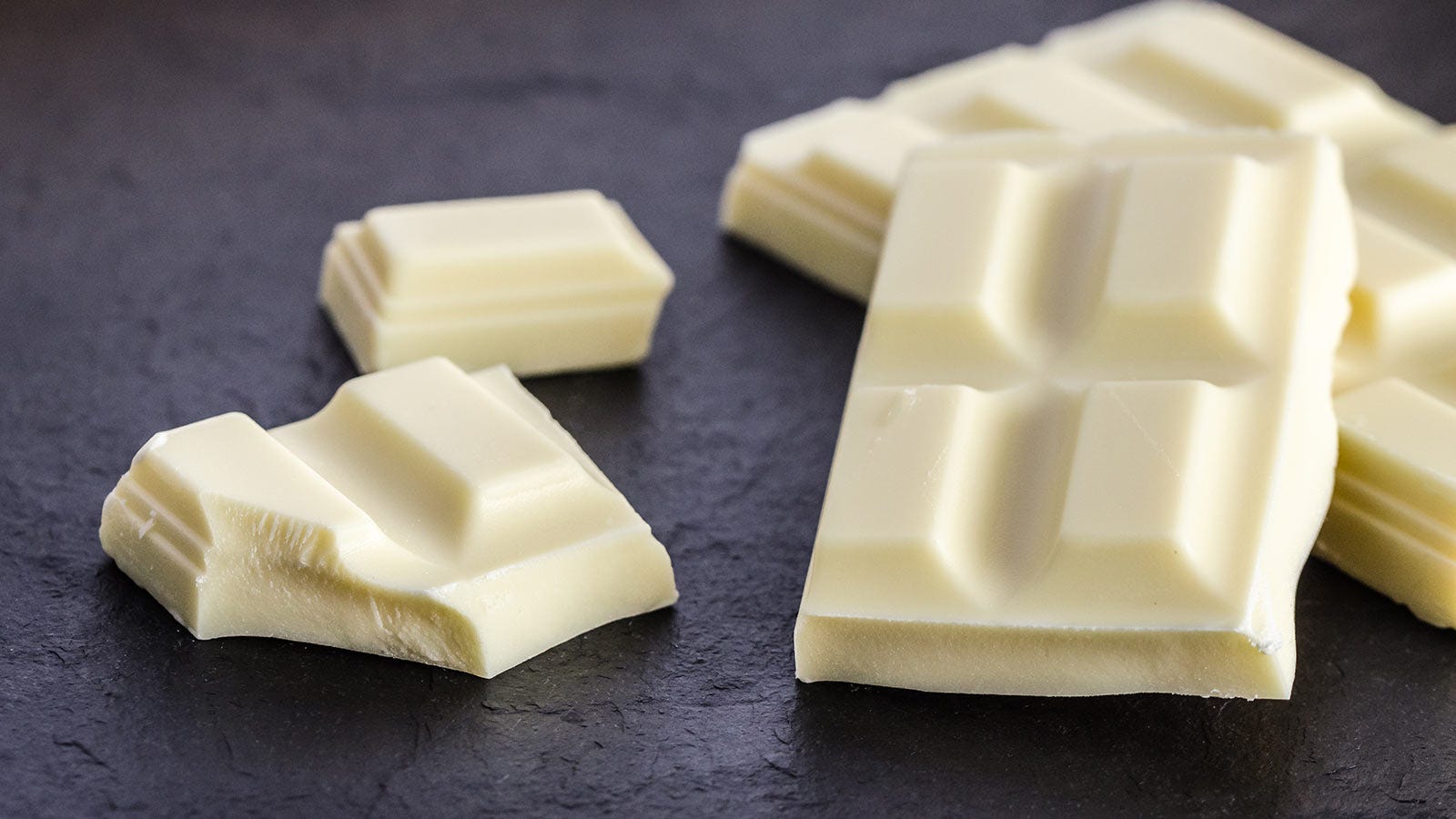