Both gumbo and jambalaya are popular Louisiana dishes bursting with extreme flavor and heat. Although you might use the terms interchangeably, they are, in fact, different meals.

While these famous dishes are popularized by either Cajun or Creole cuisine, each has an essential story to tell.

So, What Is Gumbo?

Gumbo is packed with flavorful vegetables, meat, or shellfish and provides a unique and soul-warming flavor that is simply irresistible.

After cooking andouille sausage in a skillet, the stock is added to help bring up the brown bits (aka extra flavor). As the hours pass, the aroma of the cooked holy trinity (onion, celery, and bell pepper) and other ingredients fills the air.

Chicken, shrimp, and okra are typically added into the skillet as well. It only gets better as the seasonings and other ingredients marry. Gumbo generally is simmered for three or more hours and thickened with a dark roux.

In the end, you’ve created a mouthwatering quintessence that many southerners adore. Once this stew is ready to consume, the gumbo is served on a bed of rice and nicely showcases the culture of New Orleans cuisine. Rice often is served on top or alongside this meal as well—the photo above shows a classic shrimp and okra gumbo plated with rice.

Then, What Is Jambalaya?

Jambalaya has many similarities to gumbo, but a true southerner from the state of Louisiana wouldn’t dare confuse the two. Originated in the crown jewel of New Orleans, this dish starts with sautéed meat (chicken or andouille sausage) and vegetables (celery, onion, and peppers).

This famous and popular New Orleans dish shouldn’t be stirred more than a few times, especially once the rice and stock are added. Although the ingredients are similar, rice is included in the mix rather than served alongside the stew.

While many food battles rage on, the distinct differences between a Cajun and Creole cuisine, specifically with jambalaya, remain pure.

The most apparent difference between Creole and Cajun jambalaya is that Creole uses tomatoes, and Cajun does not. When it comes to jambalaya, the method you use and the order in which you cook the ingredients also make a difference.

Creole jambalaya begins with the holy trinity and meat together, followed by tomatoes, stock, and rice and remains covered until the rice is cooked through. Creole jambalaya emits a red hue, and Creole gumbo does as well because of the tomato base.

Cajun jambalaya starts with cooking meat, then onion, celery, and pepper; it’s finished with stock and rice. Cajun jambalaya usually has a brownish tone to it. Cajun gumbo also has a brown color because of the dark roux used to thicken the dish.

They provide a depth of flavor and soul each in its own fashion and are always taken sincerely by Louisianans.

The culture and history are deeply rooted in the people and streets of New Orleans, Louisiana. There aren’t enough words to portray the timeless portrait that the city and state offer.

When it comes to their cuisine, this one sure detail speaks volumes—soul and passion are poured in each step of the way. 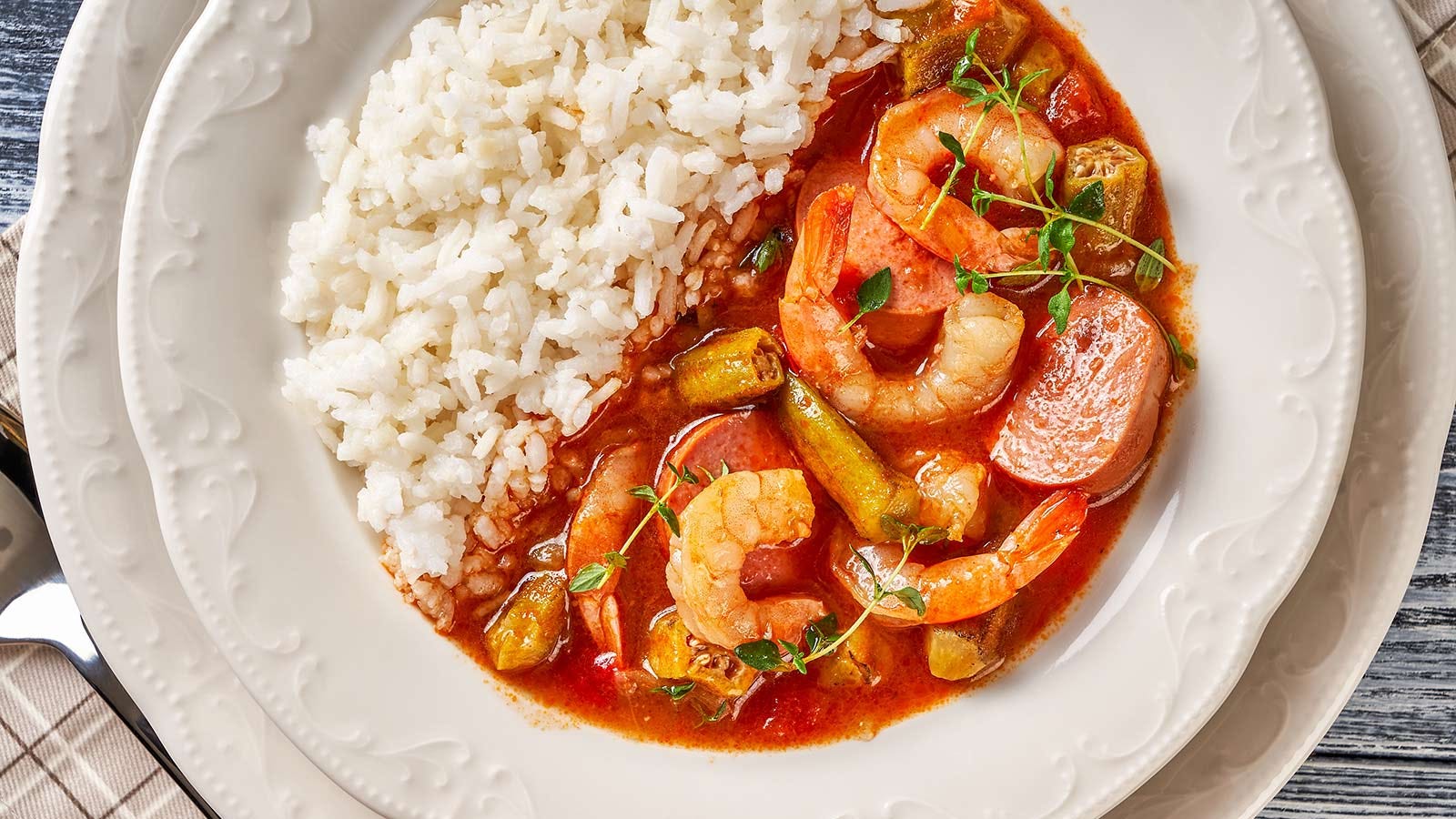