Fat Tuesday is fast approaching, which means you’ll soon have an excuse to indulge in all the foods you love most. Jambalaya is a Mardi Gras must-have, and if you’ve never tried it, now’s your chance!

The streets of New Orleans are full of history, and the recipes neatly etched in family cookbooks have been passed down from generation to generation. They provide decades of creole and Cajun cuisine full of soul and passion.

Here’s how you can whip up a batch of jambalaya that’s sure to have everyone coming back for seconds (and thirds).

In the French Quarter, people are passionate about their jambalaya. While each family has a different (and possibly secret) recipe, most include similar ingredients.

This stew-like dish combines vegetables often referred to as “the holy trinity”: onion, celery, and bell pepper. Andouille sausage and chicken also make their way into the pot along with stock and rice.

Depending on the recipe, shrimp might be added, along with seasoning to marry the flavors.

One very important detail to discuss, of course, is the difference between Cajun and creole jambalaya.

Jambalaya recipes fall under one of two categories: Cajun or creole. What sets the two apart are tomatoes and the order in which the ingredients are cooked.

The major differences are:

You can easily spot a Cajun or creole jambalaya by the color: Cajun has a brownish hue, and creole is red.

How Is It Different from Gumbo?

While Jambalaya and gumbo might call for a lot of the same ingredients, you cook them very differently. One of the main differences is the rice. You serve gumbo on or with rice, but it’s actually part of jambalaya.

RELATEDWhat’s the Difference Between Gumbo and Jambalaya?

Gumbo’s also typically made with a dark roux to thicken it and includes okra.

Ready to give jambalaya a try? Remember, each recipe has its own secrets and ingredients—no two are alike. What they do have in common, however, are the delicious flavors and aroma in every bite.

Give one (or both) of these a shot:

Get the Recipe: Cafe Delites

Get the Recipe: Confetti and Bliss

Get the Recipe: Gimme Some Oven 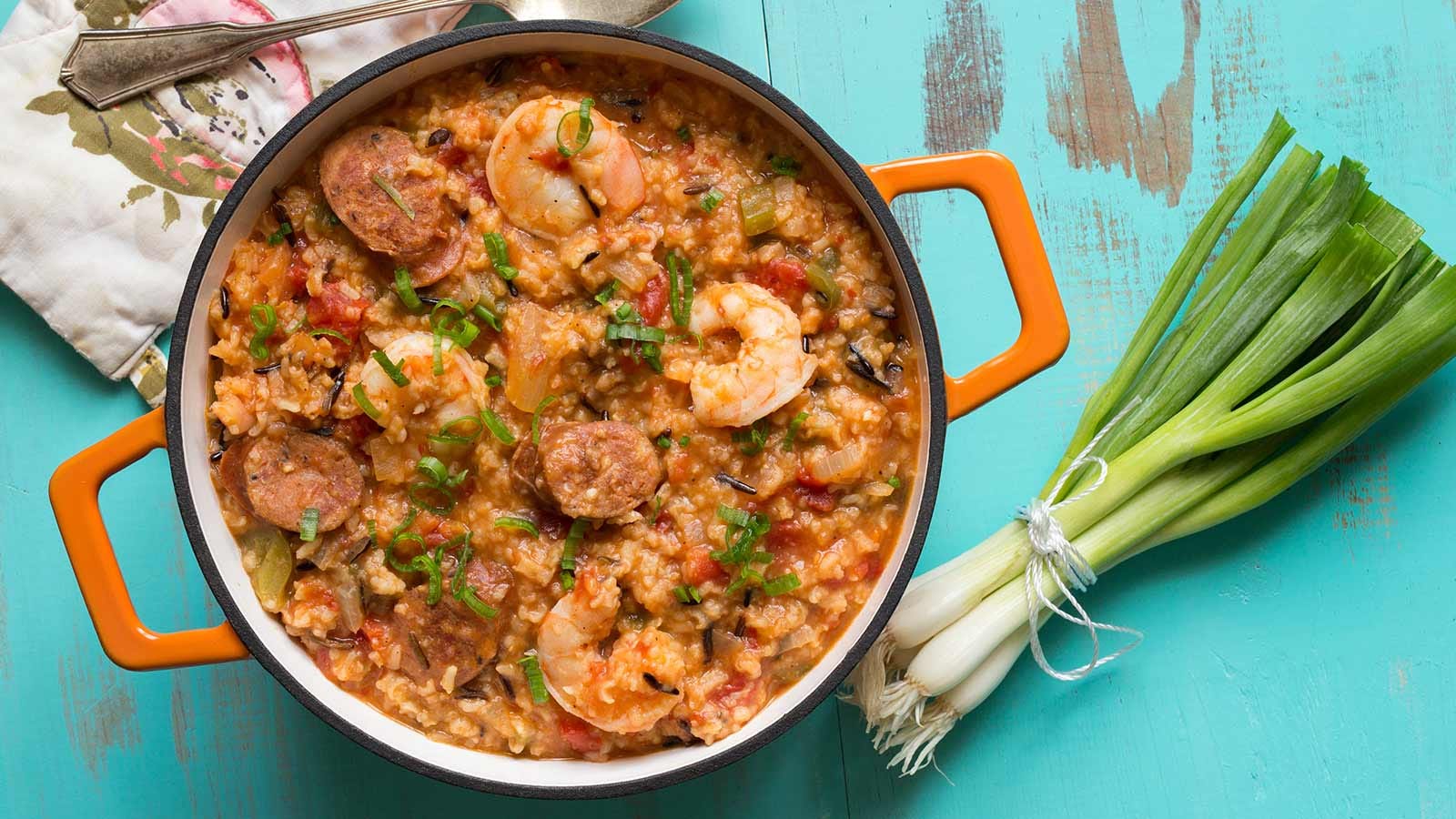