This year, celebrate Fat Thursday or Fat Tuesday—or every day in between—by indulging in these heavenly polish pastries. These jam-filled delights will have you licking your sticky fingers with glee.

Unfamiliar with paczkis? No worries, let’s dig in and learn all about this sweet treat and a little history about Lent and gluttonous feasting festivities that come before fasting season.

How do You Pronounce Paczki?

Let’s begin with a few essential facts about the word for this Polish jam-filled doughnut. If you are eating one, it is a pączek (PON-check), although it is more commonly called “paczki,” which is the plural form of this word.

In North America, paczki is pronounced a few different ways; some say “PAUNCH-kee” while others prefer to say “POONCH-kee.” No matter how you say it, though, the thing itself is delicious.

Fried dough, with a bit of plum jam or rose jam filling inside and coated in a thin sugar glaze—these Polish donuts are to die for. While you can now purchase or make these in a variety of ways, nothing quite beats a tasty and traditional paczek.

Originally, paczki were made to use up your extra, sugar, eggs, fruit, and lard that you had in your home. Once Lent comes around, sweet treats and other rich foods are forbidden as part of the tradition of fasting during the Lenten season.

So, before Lent fasting begins, families made fresh paczki using very rich dough and delicious fillings. They come topped with a sugar glaze, but you can also get them topped with powdered or granulated sugar.

While Fat Thursday isn’t technically a national holiday, it certainly doesn’t deter people from celebrating with rich and flavorful donuts. The Polish do it right by splurging with these sweet treats.

Lent is a time of fasting, and the days that lead up to Ash Wednesday involves feasting and indulging in foods they won’t be able to eat during Lent. We agree with the Polish people— there’s no better way to celebrate with food than with homemade doughnuts.

It is, however, essential to note that an authentic paczek from Poland is much smaller than the Americanized version you may find in the US. When comparing the two, you’ll also notice that only a bit of rose jam or plum jam goes inside. In the US, they are nearly overflowing with varied jelly fillings.

Like most recipes passed down, each has its own variation, and each may offer tips or secrets to success. Here is a list of standard ingredients that you’d find in authentic and traditional paczki.

Although not all listed ingredients below go into one recipe, these are ingredients commonly used in paczki recipes.

We don’t know about you, but that all sounds like the building blocks of something pretty yummy and indulgent.

Whether you opt for a traditional or non-traditional filling, it all sounds quite delicious, no?

Paczki from JoCooks: This recipe is perfect for someone making paczki for the first time. There are several images and a super helpful video tutorial as well. The author lists out several filling options and even includes Nutella as a possibility. How delicious.

Get the Recipe: Jo Cooks

Paczki from Seasons & Suppers: Your goal may be to find an authentic recipe for this delicious Polish pastry. If that’s the case, have a gander. As mentioned, traditional paczki usually gets topped with sugar glaze, but this author likes to roll it in granulated sugar for texture. Take the authenticity to another level and fill each paczek with stewed plum jam.

Get the Recipe: Seasons and Suppers 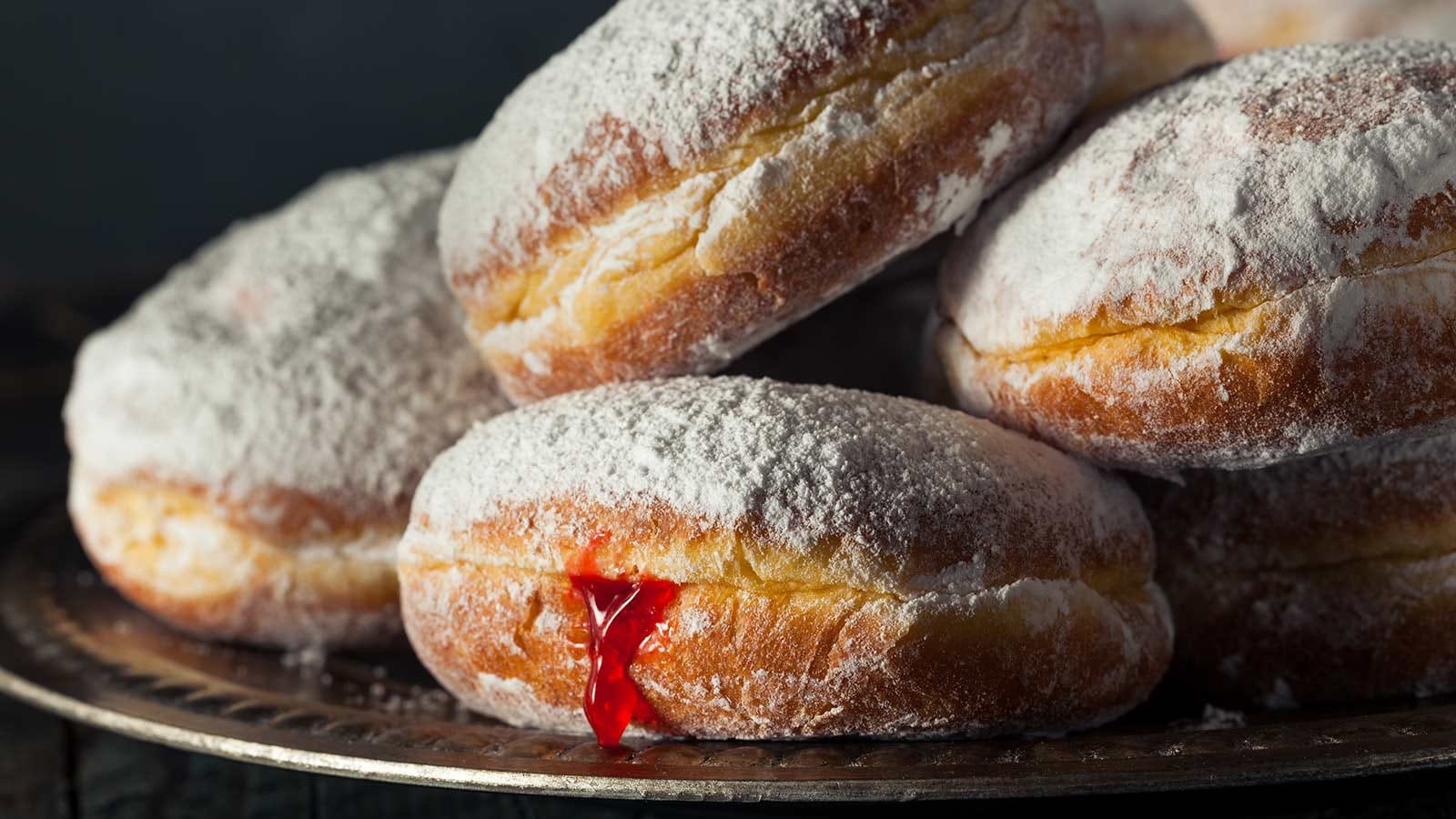