A lot of people associate “toxic” relationships with really over-the-top harmful behavior, like outright physical or verbal abuse. Even if you believe you can identify toxic patterns, there are many killing-me-softly scenarios that aren’t so easy to detect.

We’ll share a few of these negative patterns to look out for, and if you’re encountering several of them in any of your relationships, it might be time to move on.

His Phone Is More Important

People always being on their phones is common, and it’s an issue for the entire population. It’s even worse, though, when the person doing it is your partner. It can cause a severe lack of communication and, potentially, invoke feelings of being left out or ignored. If you let it slide and bottle it up, nothing good will come of it. And it definitely won’t prevent it from happening again (and again, and again).

Voicing that this behavior bothers you, and recognizing it as something that’s toxic in your relationship is the first step toward dealing with it. Let the other person know how you feel and explain how it affects you. Ask him to abstain from doing it and, of course, you’ll need to make sure you don’t do it either.

This will hopefully help you nip it in the bud so the two of you can create better habits in the future.

She Talks Over You

When someone constantly interrupts you and literally talks over you, it makes you feel small, unheard, and feeling like your words don’t matter. Your partner might not be rude, verbally abusive, or hurtful—in fact, she’s probably not any of those things. However, not letting you finish your sentences and taking over conversations makes it all about her and less about you. This only leads to trouble down the line.

You might not notice this at the beginning of a relationship, but your friends, colleagues, or family members might. If they tell you they’ve noticed this behavior, don’t immediately dismiss it. Pay a bit more attention and see if it happens a lot.

If it does, communicate your feelings to your partner. She might not even realize she’s doing it, so tread lightly. Hopefully, after she’s aware of the behavior, she’ll try to reign it in moving forward.

He Takes but Doesn’t Give

Are there people in your life who only seem to be around when they need something? This type of toxic behavior can creep up when you least expect it. It can cause angry, hurtful feelings we don’t need. Creating boundaries and deciding who deserves your undivided attention (and who does not) will help you flush out the negativity in your life. Filter out those “small favors” that always end up wasting your time and energy.

Next time someone reaches out asking for a favor without even asking you how you’re doing, take a second before you say yes. Consider if you honestly have time to do it. Will it stress you out, and if so, is it worth it? Does this person often do favors for you, or is he nowhere to be found when you need something? Food for thought!

She’s Envious and Minimizes Your Success

Someone who’s envious of your success isn’t as toxic as being yelled at or physically abused. However, it’s a behavior that leads to more negative things. When you know someone feels this way, it can make you hesitant to give yourself the credit and praise you deserve. After all, you don’t want to hurt her feelings or make her feel bad about herself.

The truth is you have every right to be proud of your hard work, dedication, and even those situations when the stars aligned and you got a bit lucky! Try to surround yourself with people who want you to be happy and successful. People who care for you will support you and genuinely want your dreams to come true.

Envy and jealousy are toxic emotions. When they’re directed at you from someone else, they create doubt, self-criticism, and cause you to underrate yourself. Who needs that?

He Minimizes Your Feelings and Always Takes Offense

If someone constantly attempts to turn the tables on you rather than listening when you address a concern or explain something that’s bothering you, it’s a red flag. If you’ve already decided you’ve had enough of someone’s behavior, and you’re trying to let him know how his actions make you feel, it’s only right that he hear you out.

Anyone who makes you feel like you’re exaggerating or calls you crazy instead of apologizing is showing you how he really feels about you. Someone who cares about you would want to figure out how to fix the issue.

Everyone should be allowed to speak when they feel mistreated or hurt. If the person responsible for the hurt feelings gets defensive rather than trying to understand where you’re coming from, it compounds the problem. It might be time to set some new boundaries in that relationship and reevaluate how important it is to you.

When someone’s behavior is toxic, you shouldn’t “get comfortable” with it and let everything slide. It’s usually only a matter of time before it takes a turn for the worse. Sometimes, in addition to taking care of your mind and body, self-care means cleansing and tidying up your relationships, as well. 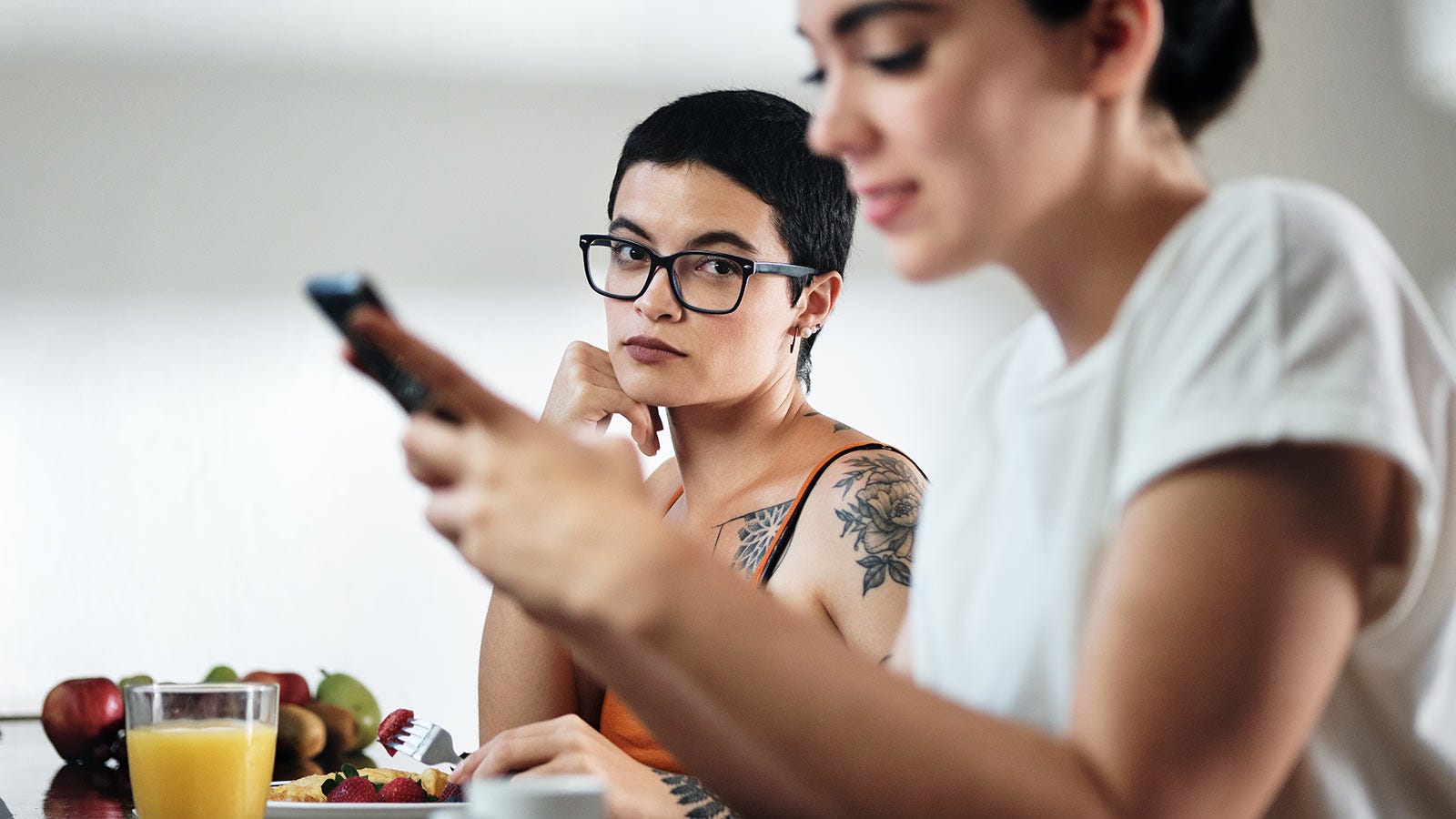