Let’s be honest. Trader Joe’s is a lot like Target. You walk in with two things on your list and emerge with a plethora of frozen foods to try and bottles of two buck chuck in your basket. While this makes the grocery store both dangerous (for your wallet) and fun, there is a way to narrow down your impulse buys.

How? The best items at Trader Joe’s have been narrowed down thanks to help from actual customers. So the next time you’re in your local TJs, you can know exactly what to snag.

During the last week of January (aka the month that would never end), Trader Joe’s posted the results of its 11th Annual Customer Choice Awards. The event asked lovers of the store to vote on their favorite offerings from the eponymous brand, and after the polling closed, winners were announced on the TJ’s website.

While Trader Joe’s has multiple notable products that you likely think deserve the top spot, one ruled them all: Everything But The Bagel Sesame Seasoning Blend.

The seasoning won in the Best Overall category, but it’s not the only winner. Four other products were named as runners up to the bagel-themed good, and all of them should be placed into your shopping cart immediately.

In what’s likely a surprise to no one who has shopped the store before the brand’s famous Cauliflower Gnocchi was named as the first runner-up. However, it may want to watch its back, given that new Kale Gnocchi is in town. Next up was the Mandarin Orange Chicken, followed by the Dark Chocolate Peanut Cups, and finally, to round out the list, there’s the Unexpected Cheddar.

Trader Joes also separated the polls into categories like favorite entree, vegan and vegetarian items, sweet, snack, and beverage products. No matter what you’ve thought about shopping at the store, there’s likely a way to narrow down your list thanks to the 11th Annual Customer Choice Awards.

Next time you’re in your local Trader Joes, load that cart to the brim and know you’ll be taking home some seriously delicious food. 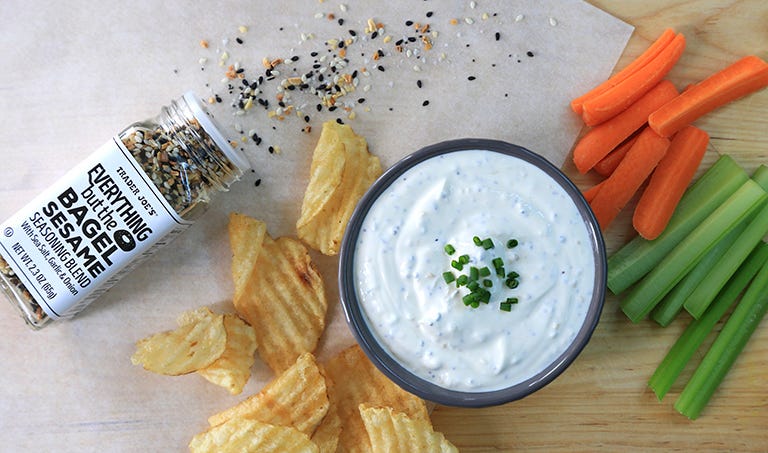