If you’ve ever wanted to drink like a Scottish Highlander, Outlander star Sam Heughan’s whiskey line can help you out. The lead from the hit Starz series has crafted his own series of liquor, and it’s set to drop in the U.S. March 2.

In a 2019 interview with The Scotch Malt Whisky Society, Heughan discussed his desire to start his own company (the Great Glen Company) and create products he believes in. One such item is his new whiskey, aptly named The Sassenach.

Fans of the show will immediately recognize this as the Gaelic term (which simply means “an English person”) Heughan’s character, Jamie Fraser, calls his partner, Claire. During the run of the show, it’s become a term of endearment. However, it makes Heughan’s whiskey just that much more tempting to Outlander fans.

The venture really isn’t so new for Heughan, though. Town & Country reported the actor has been crafting this whiskey for months. There are posts on his social media that document everything from the photoshoot for the brand to the final vials of The Sassenach being delivered during May of 2019. Clearly, this has been a labor of love

If you want to be one of the first to get your hands on Heughan’s new spirit, head over to SassenachSpirits.com and fill out your name and e-mail address. You’ll receive a notification when the liquor becomes available in your market. 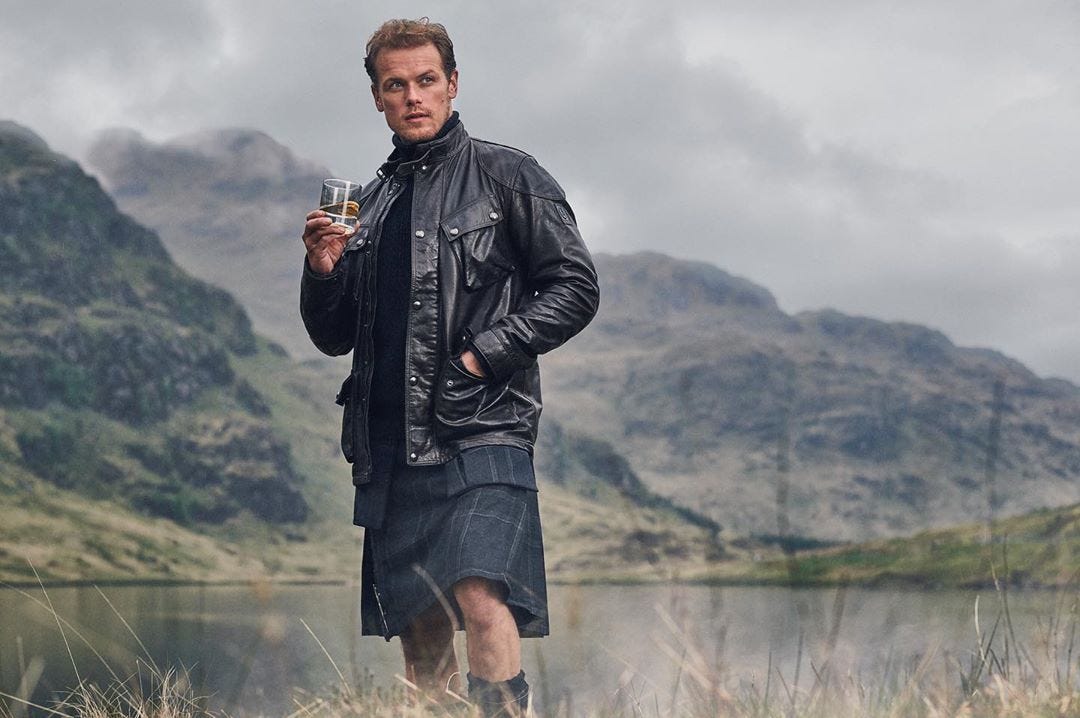