Compared to other starchy sides, standard risotto requires lots of time, constant attention, and a laundry list of ingredients. These days, some of the best Italian chefs are taking a shorter route. Risotto in half an hour or less isn’t just doable, it’s delicious.

The problem, of course, is in the preparation. Typical risotto recipes call for around an hour of constant attention. When you’re not adding more hot broth to the rice, you’re gently stirring it to develop a creamy texture. The process is tedious, at best, and many home cooks shy away from the dish because of it.

A Better Way to Cook Risotto

But what if there was a better way? In Milan, a few chefs use a less traditional method to create creamy risotto goodness.

They begin with carnaroli rice (although standard arborio will work) and toast it in a bit of olive oil, often without onions or other flavoring ingredients. Then, they add a little wine for acidity. Once the alcohol has cooked off, they pour in all but one cup of warmed broth.

Unlike traditional risotto recipes, with this method, you don’t have to babysit a bubbling pot. Rather than slowly adding liquid over the next hour, you streamline the process. You add the broth in two simple steps: at the beginning, and at the end.

After you add the initial broth, you just stir the risotto (infrequently) until it’s completely absorbed. At that point, you pour in the rest of the broth along with any seasonings you’d like. Stir the final mixture vigorously for several minutes to release the rice’s starch and create the risotto’s signature creamy texture.

Top it with cheese, and it’s ready to be devoured—all in less than 30 minutes. Risotto isn’t just doable on a weeknight.

So, next time you’re craving something rich and creamy you can throw together fast, think risotto! 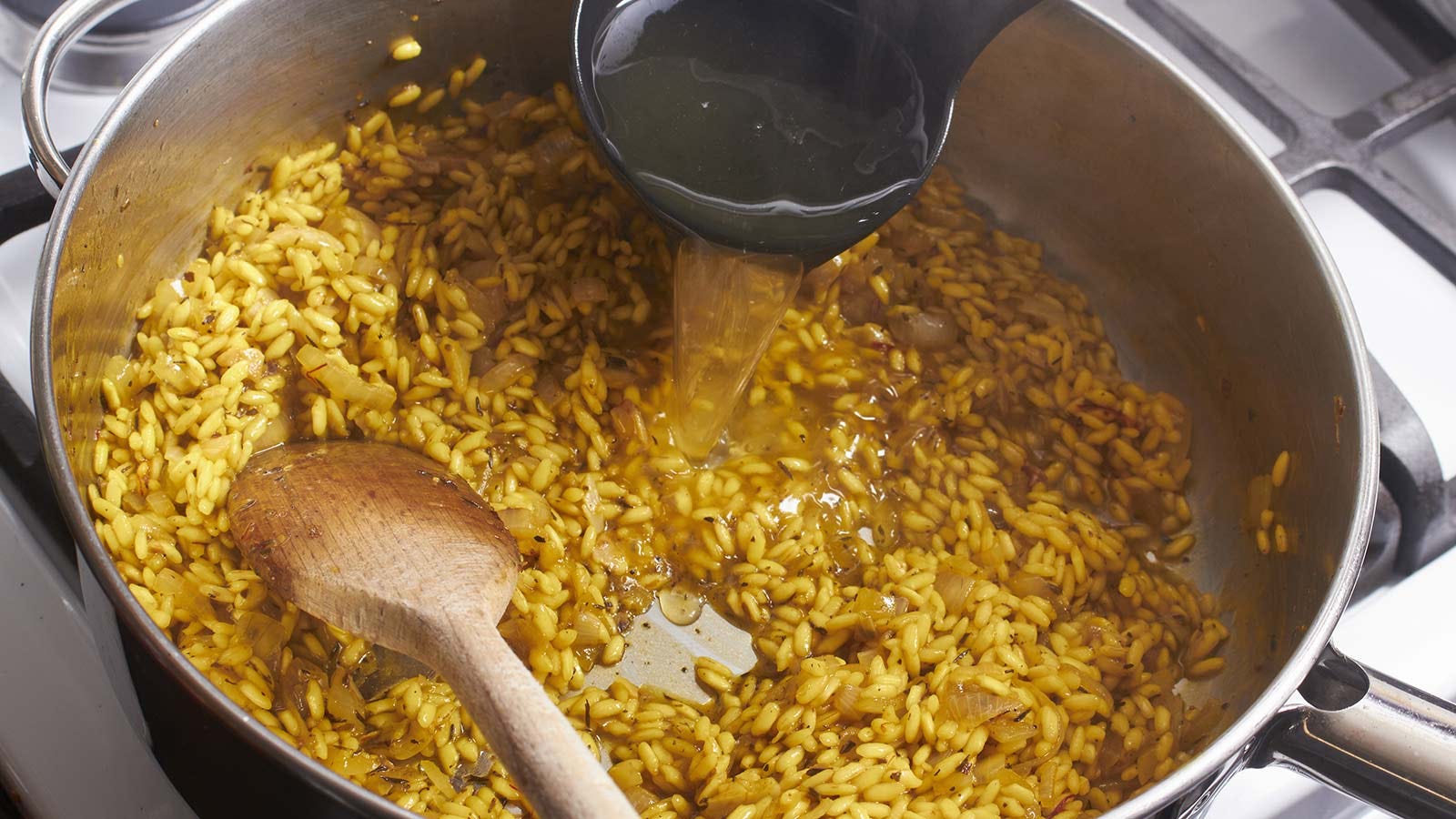