It feels like the world’s been screaming for chocolate hummus for . . . well, ever! With the popularity of Nutella and Trader Joe’s cookie spread, chocolate hummus seemed like the next logical dessert-based dip. And now, it’s here!

Sabra’s Chocolate Hummus has landed just in time for Valentine’s Day. Other brands have tried to create this snack, but the OG hummus brand hadn’t yet waded into the water—until now!

The Sabra Dark Chocolate Dessert Dip and Spread is made from similar ingredients as the brand’s original hummus. Inside, snackers will find chickpeas and soybean oil. Of course, there are also the new, sweeter ingredients, like cocoa and vanilla extract, to give it the new chocolate flavor.

Perhaps the best part, though, is the new chocolate hummus is here to stay. The product is available at retailers now, and, according to the press release, it’ll be sticking around for the entire year.

Sabra’s chocolate hummus is the perfect dessert for someone who loves sweets but also likes to keep things relatively healthy. The product is chocolate, of course, but it’s also gluten-free, vegan, plant-based, and free of genetically engineered ingredients.

“Valentine’s Day is a celebration of romance and connections, and we’ve learned that 54 percent of Americans believe that eating well is a top way to improve relationships. To give Americans a start to healthy romance this Valentine’s Day, we’re thrilled to bring another exceptional product to market. We think you’ll fall in love.”

If you want to get your hands on Sabra’s chocolate hummus, it’s coming to stores this week with a national release soon after. By March, you’ll even be able to snag it on Amazon.

If you’ve been waiting on the hummus giant to hop on this particular trend, Happy Valentine’s Day! Your wish has come true. 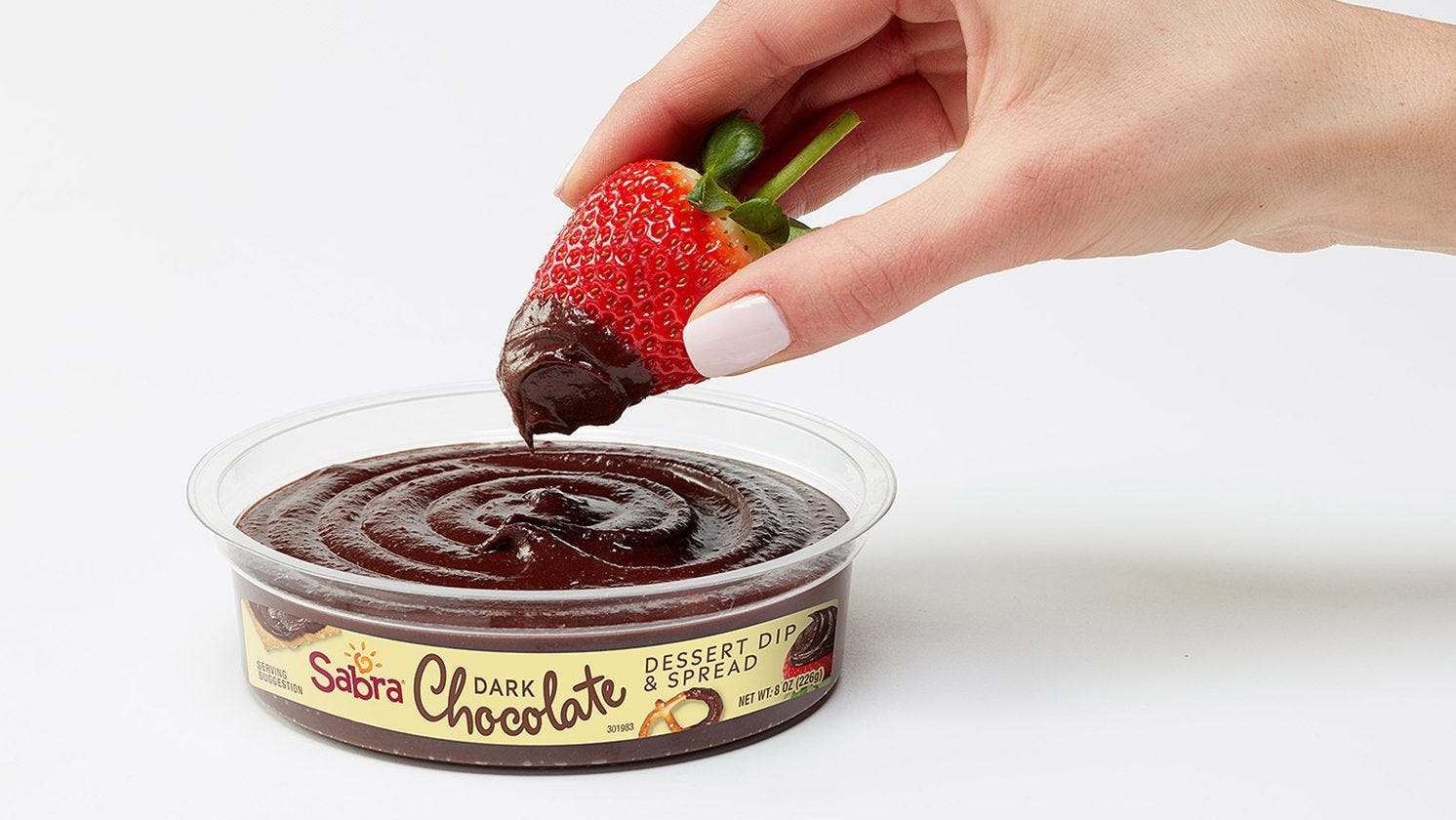